The demise of Tony Abbott as PM, and the particularly vicious way it executed earlier this week has left scores of conservative supporters of the Liberal party hurt and angry.

Many Liberal Party members and pundits alike are concerned that a Turnbull led government will be ‘Labor-lite’, given Turnbull’s well known support for gay marriage, climate change orthodoxy, the ABC, and a softer stance on Islam.

While these sentiments may be expressing a temporary emotional reaction, does the ousting of Tony Abbott make room for a new conservative party in Australia?

Some, including Andrew Bolt believe so. 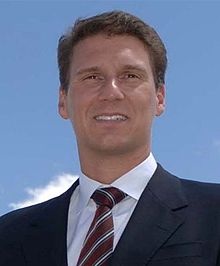 A new conservative party, potentially headed by Senator Cory Bernardi could give voice to the 44 in the Liberal Party who voted in opposition to Malcolm Turnbull taking the prime ministership.

Of course, if this was to happen, it could potentially lead to a large split within the Liberal Party itself.

Whether or not a new conservative party is born from the Liberal Party, commentators including Larry Pickering have observed that there is the room for one to emerge, and several have come up on the horizon.

Most notably, the ‘Liberty Alliance’ has been recently registered in Australia, and is backed by the outspoken Dutch MP Geert Wilders. The part is especially concerned about the rise of militant Islam, and is finding considerable and growing support in Europe. The Liberty Alliance states in its manifesto that the party stands for “individual liberty, small government, Western values built on Judeo-Christian and humanistic foundations, social fairness and an integrated multi-ethnic society”.

Whatever the case, I agree with Larry Pickering that there certainly appears to be room within the electorate for a conservative party option. Whether it will result from a split in the Liberal Party, or will involve the rise of a new political party such as the Liberty Alliance, only time, and the next election will tell.

If you haven’t already, you can vote in the latest XYZ Viewer Poll, which asks the question:

“How will the sacking of Tony Abbott, and his replacement with Malcolm Turnbull as Prime Minister by the Liberal Party, affect your vote?”

How will the sacking of Tony Abbott, and his replacement with Malcolm Turnbull as Prime Minister by the Liberal Party, affect your vote?