All of you stop. Just stop. Enough of it already. It’s demeaning, it’s depressing, and it’s been going on for far too long. Worse than that it’s dangerous. Dangerous for men, dangerous for women, and dangerous for society.

I’m talking about the victimhood stakes. The great socialist competition to place as many manufactured minority groups as possible under the banner of oppressed victims. To be a victim you must have an evil arch enemy, and the common enemy of choice for the last 50 years of mindless Marxists everywhere has been the great catch-all of the patriarchy.

We have been led to believe that men are the patriarchy and thus men are the enemy. The attacks on men, and white men in particular, have been incessant, virulent, and coordinated for five decades. Men in general are weak and confused; they don’t know what it means to be a man, and no matter what they do they are accused of being perpetrators of the patriarchy. Damned if you do and damned if you don’t.

In other words, they’ve got men exactly where they want them. Cowed, uncertain, and ripe for the final manipulation. Under the guise of feminism, the socialist progressive hordes have created this crisis for men. And now, like the malicious sirens squatting upon the rocky shores, they lift out their arms in supplication, deceiving men with the promise of social attainment.

The chance to join the victimhood parade.

An article popped up on my Facebook feed today, linked to by a man, an entrepreneur no less, without any comment. I believe that he linked to the article with good intent, under the belief that finally men were being listened to. But as I have already stated, it is nothing but pretty lies.

“Men have been on top since forever, of course. Patriarchy has gone hand in hand with capitalism, and the two have suppressed women, subjugated many other sections of society, and helped spark countless conflicts.”

This is a neat summation of their intent. They are communists. They hate capitalism, they hate the family, and they want to destroy both. Their historical method for such destruction has been the countless conflicts which they have sparked. The number of lies and the sheer deception bound up in that small paragrapgh is breathtaking in its evil banality.

“But men are hindered by patriarchy too. While men have helped create wars in the first place, they have also largely been the ones to fight and die in them. It’s an underreported fact that almost twice as many men than women are victims of violence.”

Thus spoke the sirens. Men are victims too. You can also join the victimhood brigades. Just renounce your masculinity, renounce capitalism and the free market which has brought us all of our wealth, and everything will be yours.

Do not be deceived by the words of this revolting woman. She has no business telling you how to be a man. And the type of men who listen to her and her ilk have no business either in this regard. They have collectively renounced their masculinity and are now actively engaged in the labor of adding company to their own misery.

What follows in the article is an extensive list of men’s groups and individuals, all of which have fallen under the spell of socialist manipulators, and who are now spreading untruths and deception. The Good Men Project, The Chaps Choir, boxer Anthony Joshua, the mentally diseased sodomite Grayson Perry, Frank Ocean, The Campaign Against Living Miserably, Being ManKind, and Band of Brothers. All of these groups and individuals referred to in the article are actively involved in undermining and sabotaging men and boys under the guise of caring and bringing them into the warm and fetid embrace of victimhood.

“As their traditional social roles become less stable, it’s apparent that men have paid a price for male privilege and power. An unwritten man code has left many dangerously out of touch with their emotions, making masculinity synonymous with toughness, status, power over others, and the avoidance of emotional vulnerability.”

This is the lie that they are spreading. That men need to rely on their emotions. It is the greatest masculine falsehood of our age. Women rely on their emotions and look how screwed up they all are. They simply want to drag us down to their level of misery. It is nothing more than a gigantic culture-wide shit test. 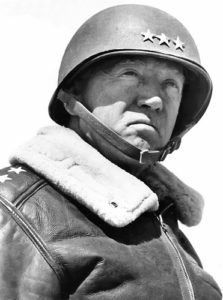 Listen well and listen good. Emotions are redundant for men. They are worse than a luxury, they are a weakness. It is our role to be strong. We are the calm on which breaks the storm of women’s emotions. They are like hysterical children in this regard. We tame them and by doing so we civilize them. Yes, we must fight, other men in other nations, but that is a practical matter to which we devote ourselves with neither pleasure nor loathing. It is simply our duty and to be done when we are called. When it is finished then we return home, to neither talk or share our experiences with those who have not fought. It is our burden.

It is our strength. This is what makes us men. Not crying and blubbering like emotional harpies. The more they wail then the more we stand resolute. Some men break and falter, cast down in weakness. Perhaps they take their own lives. But nature cares not for the weak. It only has eyes for the strong. For the unyielding. For the anti-fragile.

Many men take their own lives because they listened to the siren song and delved into their emotional state. They were unprepared for what followed. And the same lying sirens who sold them this package then seek to lay the blame for their fall on masculinity itself.

“And everywhere you look, machismo is packaged up and sold back to men. But being urged to ‘man up’, seems to have left many decisively down: suicide is the biggest killer of men under 45 in the UK.”

Being a man and being masculine is a gift. But the luxury of wallowing in emotion is an indulgence that we are not meant to enjoy. The doubts that plague you as a man are the doubts that surface when you surrender to your emotional state. You must find the strength to rise above it. Masculinity is strength and strength is masculinity. Emotions and feelings are neither. You can have one or the other, but not both.