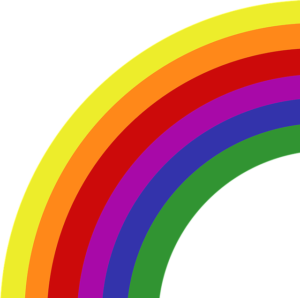 In a shocking outburst of democracy in Canberra, the ruling Liberal/National coalition will attempt to push through legislation to hold a plebiscite on same-sex marriage. Failing that, they will push for a non-compulsory postal vote. From news.com.au:

“AUSTRALIANS will get a chance to have their say on whether to make gay marriage legal before the end of the year.

Compared to the annual bill for social services in this country, this one-off cost to consult the people of Australia regarding a decision which will fundamentally alter the nature of society seems cheap.

“Coalition MPs have decided a postal vote on marriage equality will be held before November, if they are unable to secure support for a traditional plebiscite in Parliament this week.

“Under the plan, the Australian Bureau of Statistics will be able to conduct the postal vote with assistance from Australian Electoral Commission officers.

“Ballot papers would begin arriving in letter boxes in for every Australian on the electoral role by September 12.”

Not stuffing around with a website for this one..

“The question will be whether Australians believe the Marriage Act should be changed to allow same-sex couples to marry.”

Of course, the left have already sorted out their game-plan in case it turns out that yet again, the opinions of the political, academic and media elites in a Western country differ radically to the view of the majority of its people:

“Labor and marriage equality groups are questioning whether a postal vote would be legal, if the government does not gain authorisation to spend Commonwealth funds for one.

“The Commonwealth can’t spend money without legislation in the Parliament authorising the expenditure of that money, unless it’s part of the ordinary activities of a department,” Shadow Attorney-General Mark Dreyfus told Sky News today.

“On no view could the conduct of a national voluntary postal vote be seen as part of the ordinary activities of any of the commonwealth departments.”

So, XYZ viewers, what do you think? Should the law be changed to allow people to marry those of the same sex? Will the plebiscite ever happen? Is a postal vote a reasonable/feasible option? Whatever happened to destroying marriage because it is an outdated symbol of the oppressive patriarchy?

Let us know in the comments.