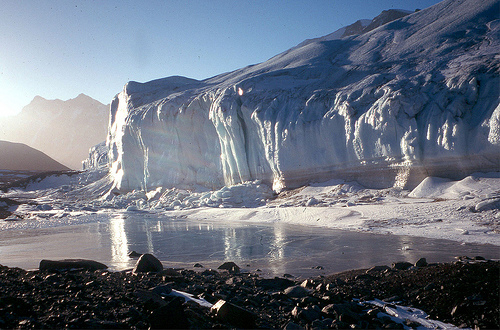 Originally published 7 February, 2017, given that as another Australian summer approaches we are about to hit peak climate alarmist silly season, it is time for an encore.

It’s been a rough ten years as a so-called “climate denier”. Every year the climate data would show a complete refusal to follow the accepted and official line, and every year the faith of the climate change faithful only seemed to get stronger and stronger. And their abuse of heretics like myself only got stronger and stronger. I have lost friendships over my stance on this issue. I have been attacked publicly by those around me on numerous occasions. And I have endured the casual mockery at social gatherings where the accepted response has been to pat me on the head in a condescending manner – here he is; our own climate denier. Isn’t he precious?

I have watched landscapes I love destroyed by the looming figures of gigantic wind farms that stand in mute mockery of my continued resistance to this enormous scam. I have observed with silent loathing the hypocrites who swan around in their enormous SUVs while proudly parading their dubious green credentials, even as ordinary families struggle with the reality of paying their ever-increasing power bills. Only a few months ago, a piece I wrote on the climate change scam elicited concerned emails and calls from people I know who cautioned me with the treacherous path I was taking.

But money talks and bullshit walks, and the money is beginning to drop out of this con to end all cons.

The usual platitudes are being spoken, but actions speak louder than words. Courtesy of Maggies Farm, here are a couple of articles that caught my attention. The first is from the Manhattan Contrarian who observes that climate alarmism doesn’t seem to be working any more. Governments are beginning to invest mightily in coal-fired power stations, of all things. Who would have ever believed it? Meanwhile the dismal climate science is rocked by yet another scandal as employees and insiders, who previously refused to speak out for fear of the consequences, are now beginning to find their voices once again. They know which way the wind is blowing and the wind has begun to shift.

But here’s the thing. Once this all unravels, and it will unravel very quickly as soon as the money stops flowing, those of us on the side that is ludicrously described as being “deniers” are not going to forget. We are not going to let you bastards off the hook. We remember what has been said and written about us. We don’t even need to remember – the internet is forever. You’re not going to shrug off this one as just another Y2K. And you’re certainly not going to quietly move on to your next charade of choice that you’ll ram down our throats and wallets with your usual religious fervour.

Because the climate scam was too big. You pushed all of your chips into the centre of the table and said, “all in,” with a smug stare at us sitting on the other side of the felt. And you busted out. Not only have you busted out, but you don’t have any more chips to play. We’re not going to let you have any. From now on, every time you come up with some pathetic attempt to control populations through a fear-based con we will remind everyone of climate change. Every time governments attempt to hijack science to support a political agenda, we will bring up that old climate change bugbear. You are going to be shoved into the corner as the crazy bearded freak standing on the side of the road with his sign proclaiming the end of the world is nigh. We aren’t going to listen to you any more. You have proven yourselves too stupid or untrustworthy to participate in public discourse.

And that goes for those in my social circle as well. You know who you are. You’re the ones that have been parroting the climate change line like blind simpletons for the past ten years. A decade of listening to you idiots chant on and on about “the science!” when you wouldn’t know science if it slapped you across the face with a Bunsen burner. A decade of watching you drive around with a “no more oil” sticker on your car bumper. I mean, how much more clueless do you have to be?

A decade of you retarded monkeys claiming that plant food is a pollutant. Years of you driving electric cars that only exist due to the biggest taxpayer subsidy in history, while you are seemingly oblivious to the fact that they need to be plugged into an electric power grid. Decades of you opposing nuclear power, which if any of your bogus claims were true would be the immediate answer if mankind truly were in some kind of climate peril. Decades of you pontificating at how the sea levels are going to rise while you buy palatial beach-front homes, and you then have the gall to sue local councils for sea erosion after you participated in demonstrations to stop them building a sea wall.

Years of you advocating for corn to be turned into bio fuel while there are still people in the world with not enough food to eat. Morons who buy solar panels with taxpayer subsidies and then put them on the side of the roof facing the street which signals your virtuousness but fails to get any sunlight. Years of you actually believing that there is such a thing called renewable energy, and every time some country manages to get some above-average power from them due to a fortuitous combination of weather events, you scream it from the top of your lungs that this is incontrovertible proof that the entire world will soon be run on wave farms. Eleven years of you quoting total shit from An Inconvenient Truth.

Years of governments investing huge amounts of taxpayer money in renewable scams so that they were forced to parrot the official line, otherwise their foolish investments would be at risk. Boy, that chicken is coming home to roost. Years of listening to cretins living on tiny island nations, who have completely mismanaged their delicate ecosystems but now want to blame it all on rich countries and guilt trip us into bailing them out. Years and years of a concerted attempt by the UN and other globalist organizations to subvert and destroy capitalism by using the climate scam as a proxy, while listening to people in your social circles whose entire lives and standard of living depend entirely on the capitalist model, go along with the scam like lemmings following each other off a cliff.

And you lot had the nerve to label the very few of us who stood up to this rubbish and tried to protect the very system which you so mindlessly enjoy as being climate deniers?

You can all go fuck yourselves. We will not forget. We will remind you for the rest of our lives. We will write the histories. You will never again be able to publicly hide from your cowardice, your avarice, your gullibility, your ignorance, and your sheer stupidity. But at least you’ll still have that free market capitalist model to enjoy which you so badly wanted to throw in the recycling bin. 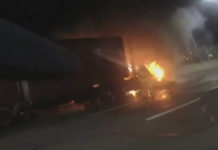