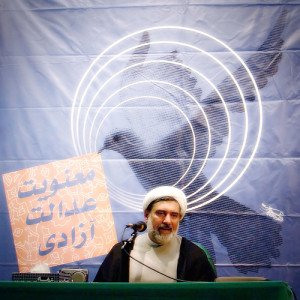 Why is it impossible to differentiate between the Islamic ideology and Islamic people?

Why can intellectuals, who deal with the realm of ideas, not critically discuss the Islamic ideas, while admitting that the people might just be the victim of the indoctrination of the bad ideas?

Nazis were a problem, because the ideology was toxic, akin to the Islamic ideology. However, German’s are now pretty cool, peaceful and industrious.

Why? Because we attacked the ideas, we held them to account for their genocidal campaigns, we uncovered the truth of the Hitler youth, the crimes of the SS. We liberated Germany from the Nazi ideology.

The core texts, sites, and knowledge of the Nazi religion remain to this day. But it is fringe elements who dare eulogise the supreme leader Hitler.

Would the Germans be monsters once again? Or would they be a mass collective of people suffering under the thrall of a twisted ideology, as much the victims of their indoctrination as those who they would crush and kill with religious fervour?Photo by Hamed Saber