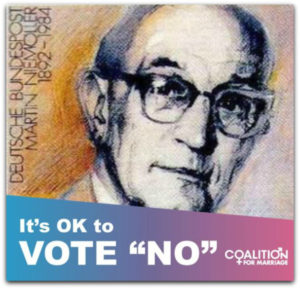 Treating the slippery slope argument in the SSM debate as if it were a fallacy is to commit a fallacy.

It’s ridiculous to discount the slippery slope argument as reactionary, backward, uncouth and pessimistic. It is valid and has value.

Most of us who live by a monetary budget use the slippery slope approach, for instance: “if I spend ‘x’ amount on this, the consequence is that I cannot, or may not be able to afford this”.

With very few exceptions, most “Yes” voters in the SSM debate who dismiss the points made by the slippery slope argument, generally do so based on reductio ad absurdum – whereby they reduce the “no” side to the absurd; dehumanising “no” voters by way of labels and slogans ( = classic Marxism).

This goes hand in hand with employing an identity politik that somehow grants “yes” voters a divine right to make judgement on others through a doctrine which brazenly declares, that there is life not deserving of having an opinion, or the freedom to responsibly support or respectfully share that opinion. It would seem that all attempts to do so, must be policed, shouted down and violently resisted.( = classic fascism).

Emergency laws and the threat of a fine up to $12,600, only bolster this. If anyone is proven to have vilified on the basis of sexual preference, religion, or politics, they will be potentially crushed by the weight of this law, all judged case by case by the Attorney General. Although, this emergency law is only in place for the duration of the plebiscite on Same-Sex marriage. The immediate question it raises is this; will some on the Left find exemption from this law, since some appear to have broken them already?

With all of the abuse from “yes” campaigners, it makes me wonder whether those voting “yes”, actually know what it is that they are voting “yes” to? What this, and things that have been said to me indicate, is that the culture of repudiation will bring with it a culture of silence.

I don’t see how any thinking person can vote “yes” to this, and so willingly align themselves with those who only throw abuse, instead of reasoned and respectful argument.

Some of which has been well documented. One such high-profile example includes Mothers, who, featured in a vote “no” advertisement. Since they did have been slammed, publicly insulted and threatened.

Other, more recent examples, include the poor treatment of celebrated Australian athlete Margaret Court, the questionable firing of Royal Australian Army Veteran Bernard Gaynor and the ridicule endured by Christian Democrat leader, The Rev. Fred Nile, who sought to bring together politicians to have a reasoned discussion on SSM. In response, Jeremy Buckingham, a member of the Greens, posted a video on his Facebook wall, vilifying Nile as bigoted and showing Buckingham shredding Nile’s invitation. 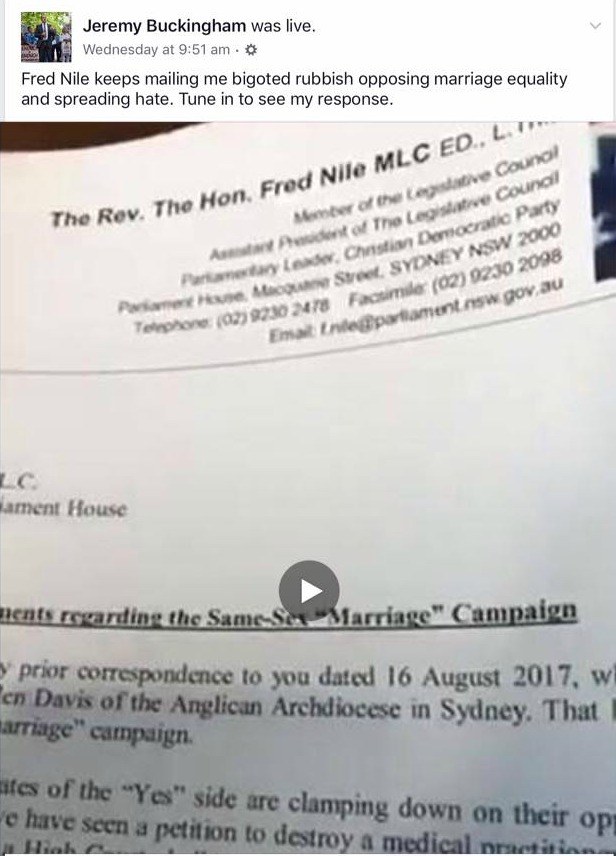 Even I’ve coped some flak for raising questions & expressing valid reasons for why I am voting “no” to SSM. Not once in my discourse in regards to this matter, have I engaged in, or encouraged abuse, slander, homophobic rants, emotional manipulation or tried to bully people into voting the same as me.

In response some people have taken to social media, and rather than discuss the issues or answer any of the questions I have posed, they’ve decided to troll me, attacking me and my faith. I politely disengaged when it became clear the person had never read any of what I’d written on the issue. When someone else tried to carry the conversation on in a civil way, it ended with this: 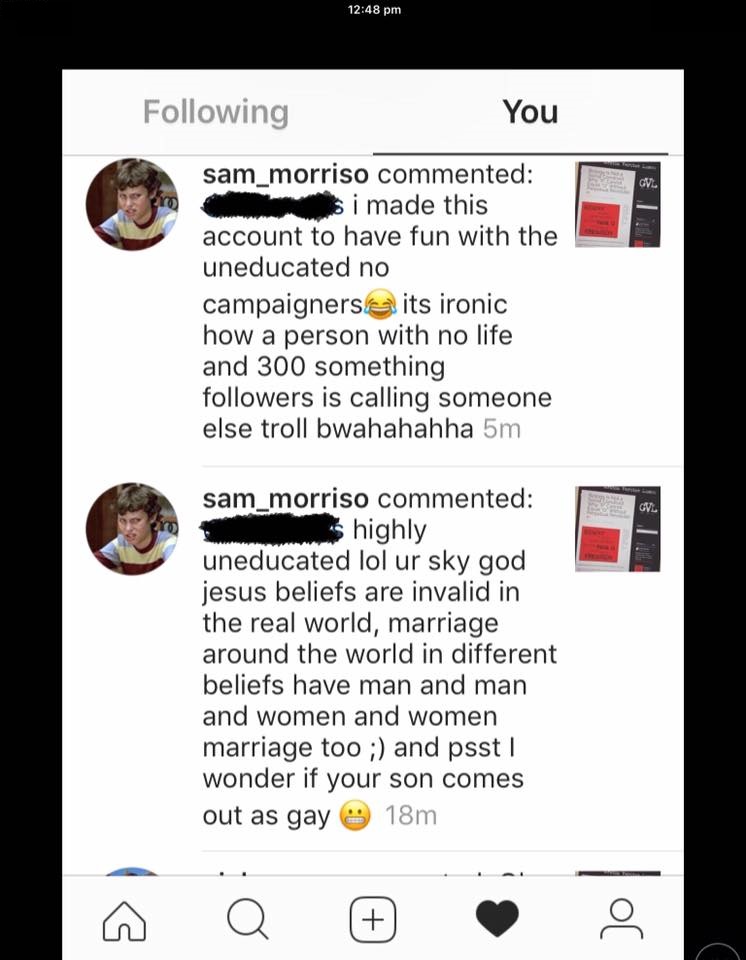 Contrary to popular sentiment, being a Christian doesn’t make one ignorant or blind. Faith seeks understanding. Therefore, I am open to hearing disagreement, I draw the line at mockery, reductio ad absurdum, and the cherry picking of bible verses; the taking them out of context, to show how supposedly ignorant, unloving and unChristian I am. For good reason, this isn’t tolerated when racists do it, so why shouldn’t it be pushed back on, when members of the LGBT community or their supporters do the same?

Misusing the bible in the service of a political, or even personal, advantage is the equivalent of burning the Quran. It does violence to the text. This was the heresy committed by the puppet apparatchik, German Christians, in their pro-Nazi opposition to the Confessing Church, which stood firm against Nazism in Germany during the 1930’s. 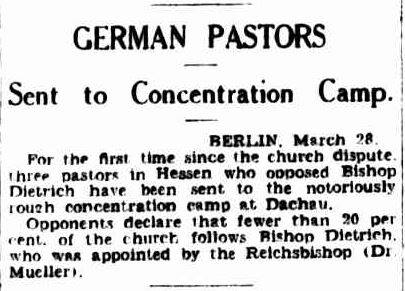 Why are the Left so okay with practising what amounts to anti-Christian bigotry, when they wouldn’t attack a Muslim in the same way? Two very good reasons. First, they know that Christians are more likely to respond with a forgiving answer. Second, Muslims, in Australia have a close relationship with the Left. This connection was made clear when Ali Kadri from the Islamic Council, said in an interview for the ABC, “We are afraid that the LEFT may abandon us, if we speak out and express our opinion.”

Ali Kadri’s concern is that the Left will abandon Muslims to the “Right”. I acknowledge that concern. There are extreme elements who do not differentiate between Islam and Islamism; along with the fact that some of their policies appear to breach freedom of religion. Because they do, those policies require rigorous consideration, as all legislation should.

Nevertheless, if we have read the Quran and understood Shari’a Law, through countries who practice it, the SSM debate shows that our Australian Muslim neighbours should be more fearful of the Left, than the Right. The alliance between the Left and Islam surely cannot be a happy one.

It’s helpful to remember the often quoted words of German Pastor, Martin Niemoller, who was imprisoned by the Nazi’s: “First, they came for…”

All claims, in this debate, that Christians are haters or bigoted, are negated, by the very fact that the Left launches an assault on them. In addition, some advocates, like the Van Vuuren Bros have taken to essentially, bashing Christians with the bible, and committing the very crime they say ALL Christians are guilty of. It seems the only ignorance and hypocrisy here, although some can exist on the Christian side from time to time as well, is coming from those on the Left.

From what we’ve witnessed this week, we can be certain that any “yes” to SSM, is a diminishing, if not an outright denial of rights. It is therefore a “no” to freedom.

This makes its reverse all the more important. Not just for us, but for future generations.

“To the good Nazi not even God stands before Hitler”. [i]