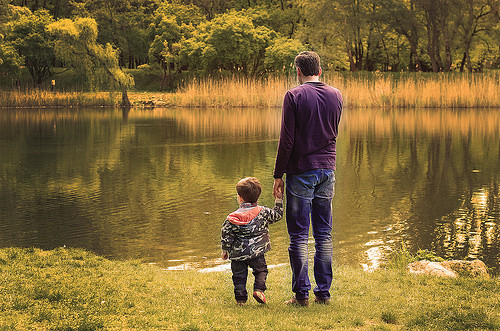 The gay marriage plebiscite by postal vote is set to take place in Australia later this month. There was a great deal of protest and mock outrage on the part of the pro-gay marriage camp leading up to this announcement. Their stance was that a vote on the matter by the general public would be too stressful and traumatic for gay people, whereas a vote on the matter by the politicians would not be stressful at all.

This probably had more to do with the fact that they were most likely to succeed with a parliamentary vote but which way the general public would jump was another matter.

The supposed stress and trauma that gay people would be subject to took two forms. The more extreme was that gay people would be killing themselves en masse out of total despair at people being allowed to have their say. True, it’s commonly known that homos are prone to flighty behavior. And yet here we are well into the campaigning from both sides and strangely enough there seems to be a total lack of homo suicides as a result.

Which is surprising as gay suicide rates are amongst the highest of the general population. You’d have thought that at least one or two who were teetering on the metaphorical window ledge might have been inclined to take one for the gay team, so to speak, and offed themselves for the greater good.

We know that no fags have topped themselves on this matter for the simple fact that if it were to happen then the media and activists wouldn’t shut up about it. So that’s one of their main points that hasn’t come to pass at all. Gay activists lied. I mean, who would have thought it?

Their other main concern was at all the supposed bullying that the Yes camp would be subject to if people were allowed a say in the matter. But lo and behold, when the campaign began in earnest it has been the Yes camp themselves who have demonstrated a complete lack of any tolerance for those with an opposing view. From medical practitioners who have been threatened with being struck off the medical register as well as receiving actual and credible death threats for daring to campaign for the no side, to mothers appearing in commercials for the no side being labeled as liars by federal politicians, to journalists throwing aside any hint of being impartial as they relentless preach the greatness of voting yes on gay marriage.

But then, we knew all this would happen because SJWs don’t just lie, they also project. Whatever they scream about being worried will happen is what they themselves intend to do once it all gets going. They justify their behavior by convincing themselves that they just acted first before the other side did the dastardly deeds. It was all preemptive, don’t ya see?

So let’s take stock of where we are right now. The campaign is strangely similar to the Australian referendum for a republic. In that case the “smart money” was on a handsome win to end Australia’s ties to the British monarchy. The vast majority of journalists threw away all pretenses of impartiality and lobbied heavily for the republic vote, and the usual suspects in the world of crony capitalism came forward to do their bit to end the system that had enabled them to flourish in the first place. Businesses like Qantas, the major banks, the big consultancy firms, Telstra; you name it and they were for it.

It’s following exactly the same pattern now, which is why I very much believe that the No vote is going to carry the day.

But what if that does happen and the No vote wins? What happens then? Do you think that will be the end of it? Do you really believe that the activists will respect the people’s decision and put an end to all of their campaigning?

Of course they won’t. They will be the living embodiment of sore losers. Even though they have enthusiastically participated in the vote, I have no doubt at all that they will declare the entire process invalid if they lose. The whole point is that they will keep trying and trying until they eventually win. And once they do win then they will formally declare that the subject has been settled and that no further vote or discussion will be allowed.

I wonder if the Yes vote does win, will all those activists pack up and go home? Job well done and all that? Or will they simply move on to the next bastion to be taken down in the further degradation and systematic destruction of the traditional family unit? The answer is obvious. This vote on gay marriage is merely a symptom of the general malaise that has struck at the heart of traditional family values. It is a concerted push to normalise homosexuality.

Not only that, it is a direct attack on religion. Marriage is a religious institution. Gay couples already have claim to formal civil partnerships in Australian society and they have for some time. But in this case they are simply being used by progressive activists hell bent on the destruction of the Church. And yet at the same time we have three young men being convicted yesterday in a Victorian court for what can only be described as blasphemy against the Muslim religion.

I notice that Muslim leaders have not raised a peep about the gay marriage plebiscite. Why would they?* The activists are doing their work for them. We all know what Muslims think of gays, in a rooftop throwing kind of way.

Voting no is not just about protecting the sanctity of marriage. It is about protecting our religion from self destruction at our own hands as well as destruction from Islam. This vote is not about anything as banal and self serving as feelings. It is about civilization itself. It’s important not only that the No vote wins but that it also stands. This has to be the point where we say not one step further.

* Editor’s note: Although some Muslim leaders have in fact spoken against same-sex marriage, it has received very little attention from the Australian MSM.