One of the cardinal delusions of leftist thinking in our time is that men and women are essentially interchangeable. To the leftist, gender identity is ‘fluid’; rather than a ‘heteronormative’ binary, gender should be understood as a spectrum. Where you sit on the spectrum is up to you. You can even chuck on a dress and some lippie and go from Bruce to Cait, earning rapturous applause in the process. 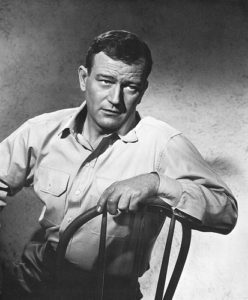 Anyone who has ever actually watched men and women in any setting knows that this is utter bollocks. Men and women are categorically different. Prior to 21st century postmodern Western culture, this has been implicitly recognised by all societies throughout all of history. The clearest evidence of the differences between men and women can be seen in how single-gender groups organise themselves. Men compete with each other to establish hierarchies which enable order and co-operation. The bloke at the barbeque holding the tongs will invariably be the alpha male. The unfit bloke that everyone makes fun of is the delta, with the other males somewhere in between. You can see this informal pattern of organisation in all male groups, and men are very aware of where they sit in relation to other males. It’s not optional.

Women, on the other hand, are egalitarian. Female groups prioritise social harmony and inclusiveness, and as a result separate groups can form within a female social dynamic if different females can’t get along. Harmony within groups is prioritised over order. While women can be very competitive, this is usually for the attentions of men and will not result in the creation of a hierarchy. Due to these categorical differences, all-male groupings tend to be much more comfortable with authority than all-female ones.

I know that description of how gender differences operate was painfully simplistic, but it’s also undeniably accurate. It’s also impossible to say in any public or professional setting in 21st century Australia without eliciting howls of derision. The howlers will be the usual Social Justice Warrior (SJW) crowd, with their feminist male white knights called in for support. Any advocacy for the interests of men is met with scorn these days, and is immediately interpreted as male chauvinism.

Let me be clear: men are not better than women. Neither gender is superior; they are complementary.

While the SJW rhetoric is about equality, this is a lie. What Cultural Marxists have been pushing for the last 50 or so years is female supremacism. Male chauvinism is morally repugnant and intellectually dishonest; so is female chauvinism. If we wish to have true gender justice, we must acknowledge the unique attributes and strengths of each gender and be able to honour them both.

The attack on gender reality in this country is becoming more intense. Cheltenham Girls’ High School, a prestigious public school in Sydney, recently mandated that teachers not use gender-specific terms when referring to students. One has to wonder, what would a non-girl be doing in an all-girls’ school, anyway? Across the UK now, boys are allowed to wear skirts to school. Are they trying to promote bullying? The Victorian Department of Education and Training now requires school Principals to formulate a ‘school management plan’ if a student decides they do not identify with their ‘designated sex at birth’. Part of this requires that the entire school body be propagandised about transgenderism. What might 10-year-old Timmy be thinking when the whole school assembly gets told that Jenny from Year 6 is now Jeff? If Timmy wants a bit of attention, of course he might ponder if he’s really Tammy. Maybe then he’ll get special treatment too?

These instances are the inevitable consequences of the insanity of our beliefs on gender in the postmodern West, and should be called what they are: child abuse. Just when adolescents are at their most vulnerable when it comes to identity formation, and are making the treacherous journey from child to adult, the adults around them pull the rug from under them and intentionally confuse them about the most basic element of their identity. If we wanted to stoke antisocial and antipersonal behaviours such as bullying, self-harm and suicide, we couldn’t do better than our current approach. It’s a heinous and nasty assault on our young.

How did we reach this abominable and ludicrous situation? Political correctness is the enforcement mechanism for the groupthink mentality created by critical theory. Just briefly, critical theory was developed by Central European Marxist philosophers in the mid-20th century following the failure of the communist revolution to spread after World War I. It’s an ingenious set of false philosophical positions, all crafted to demoralise and destroy traditional Western culture by eradicating its traditional Christian roots. It’s the Marxist dialectic applied to culture and identity instead of economics. When these philosophers, known colloquially as the Frankfurt School, fled to America to escape Hitler, their philosophy fused neatly with American Progressivism to create the particularly puritanical and dogmatic identity politics we are cursed with today. The term ‘political correctness’ was coined by Trotsky, and used by leftists themselves in the 80’s and 90’s until normal people recognised its noxious and totalitarian overtones.

At its root, political correctness is the prohibition of maleness. Men are born ‘politically incorrect’, and the only atonement possible for men in our culture is to deny their maleness and castrate themselves on the altar of Cultural Marxism. Men bond through deprecating jokes, insults and, occasionally, fights. The process of male bonding requires it. By prohibiting these normative male behaviours and labelling them antisocial, we have denied our boys the ability to measure themselves against others and develop resilience, character and a sense of belonging. Our classrooms are filled with boys who are seething inside as their very nature is held up by their feminist teachers as something subhuman and socially unacceptable. We can see the result of this attack on maleness in the statistics of male wellbeing: boys and men perform lower academically, they are much more likely to kill themselves, they are much more likely to be the victim of violence, they are far more likely to go to prison and the incidence of substance abuse and dependency among them is far higher than for females. I guess patriarchy just ain’t what it used to be.

Of course, the critical theory-indoctrinated SJW’s will respond to this argument with derision. Who cares that women are in charge now, it’s only fair! The problem is, men built civilisation. The universities where those SJW’s received their indoctrination were built by men. The intellectual foundations of the twisted philosophies they imbibed there were developed by men. Men designed and built the cars they use to drive to their government-funded job in media, education or government. Men developed the technologies that car relies on, as well as the economic system that made it affordable. Men built the world, largely because they were competing with other men. Men drive civilisation forward, or least keep it maintained. While a man is more likely to be the violent criminal who stages a siege, it will also be men who storm the building and rescue the hostages. Men are always at the edge, pushing boundaries and finding new limits. If humans were all female, we would still be living at a neolithic level of social organisation. Our mud and grass huts would have lovely curtains, but there would be no wifi. A world without men is a world without the Great Wall of China, the Eiffel Tower, the pyramids and the moon landing.

If we keep destroying maleness by prohibiting its transmission to the next generation of boys, we will continue to slide toward a society where Peter Pan Syndrome kidult males opt out of contributing altogether. That will not be a victory for feminism; it will be a defeat for everybody.