We are used to hearing, fairly constantly in the media from academics, activists and educators about the devastating effect that European colonialism has had upon indigenous cultures. Those of European decent are made to feel guilty for the actions of their forebears, and this culture of guilt is drummed into school children through Western education systems.

Among the urbane and cultural elites, this culture of white, colonial guilt is assumed, whilst they simultaneously enjoy the benefits of Western civilisation – just small things like democracy, modern medicine, and economic prosperity.

While no one would argue that all the effects of colonialism have been positive, there is in fact a positive story to be told about Christian missions, the most scorned of all colonial activities.

Robert Woodberry, Associate Professor of Political Science at the National University of Singapore, argues “the remarkable and unexpected story of how missionaries have hugely and positively influenced the growth of global democracy around the world.”

Whilst Professor Woodberry has received awards for his research, gaining acceptance of it has not been a smooth road. This is not surprising, since Professor Woodberry’s research runs counter to the narrative that has for the last generation of so, been drummed in at all levels of society.

Professor Woodberry argues that despite the pervasive negative narrative of Christian missions, there has in fact been very little research into the actual impact that missions and missionaries had. Most of our knowledge of colonial missions comes from sources of fiction such as novels, movies, and anti-colonial theory. When the effect of Christian missions is measured, their impact has been found to be positive on most things, notably health and life expectancy, and in the establishment and building up of education, media and communications, civic associations and democracy.

Who would have thought?

To find out more about some of the positive impacts of colonialism, particularly with the spread of democracy, I recommend the video below. Professor Woodberry explains his findings, and goes into detail about the positive impact that Christian missions have had. 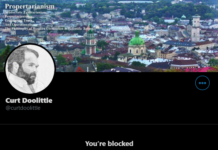 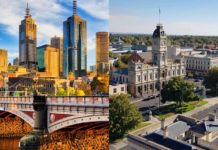