Much angst has arisen from traditional taxi services around the world with the recent emergence of the ‘ride-share’ scheme, UberX. Uber was founded in 2009, and is now worth in the vicinity of US$50 billion, a phenomenal rise in a small handful of years which sees the company valued among some the largest in the world.

Uber is one of the many new technology based businesses that are ‘disrupting’ traditional businesses like taxi services, along with it jobs and forms of employment. 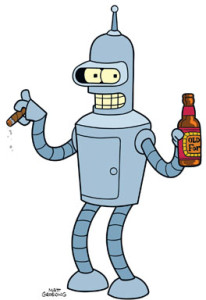 million (40 per cent) of jobs in Australia a predicted to disappear over the next 10 to 15 years, although as old jobs go, new jobs that currently do not exist will emerge.

The rapid and immense economic and technological change which we are currently experiencing will no doubt make the industrial revolution of the 18th and 19th Centuries look like child’s play.

In little more than a decade, mobile phones have gone from, well, brick-like portable telephones, to sleek and powerful devices that look like they have come straight out of Star Trek (and can do virtually all the same things).

In this new economy, even the so call ‘safe’ professions are no longer immune to major disruption. Legal researchers are beginning to be replaced powerful software programs, and electronic diagnostic tools are being found to be more accurate than ‘real’ doctors. Artificial intelligence is beating human intelligence in increasing fields, even in highly sophisticated areas where it was thought that only human intelligence could do. We are only just beginning to see the potential uses and benefits of artificial intelligence.

Despite the current pessimistic economic outlook around the world, the new economy driven by significant technological and productivity advancements has the potential to significantly boost wealth, and improve our health and well-being, as well as all but eradicate severe poverty around the world.

We need to be aware that there will, however, be significant disruption to traditional businesses and patterns of work and employment in the new economy of the future. And while we need to be sure that the new economy does not leave people people behind, the potential benefits to create and share prosperity and enrich human well being is immense.