If there was any decade in which the decline of the West became a foregone conclusion, it was the ’60s. Many of the shackles which hinder our liberties today were forged during that storied and romanticised period, and many of the fissures which are now ripping at the fabric of Western society first appeared at that time. The ugly beast of #BlackLivesMatter today is a direct descendant of the ’60s civil rights agitation. It was the decade in which critical theory hit the Western bloodstream, and began gnawing away at the integrity of our academic institutions. Second-wave feminism had its hairy birth in the States during the ’60s, and spread its message of maternal love and wholesome values over the following decades across a grateful planet. The political assassinations and mass trauma of the decade, capped off by the giddy euphoria of the moon landing, could be considered a perfect way to create despair and dependence on the state through a mass psy-op on the population, but of course those types of things don’t happen. That’s just crazy talk.

Ultimately, the most destructive legacy of that period is the welfare-warfare state. I use this phrase because one goes with the other. Throughout the history of empires, welfare and warfare have danced a strange tango of death and decadence. The bread and circuses in the cities of the Roman Empire went hand in hand with the legions crushing whole peoples on the frontiers, who two generations later were cheering in the Colosseum and demanding their daily bread from their rulers. For us, it’s Centrelink and the ABC while we pony up for another assault on a Middle Eastern country so we can then bring its people in as refugees to help prop up our declining demographics with their sprawling progeny. When some of those young men follow in the footsteps of their faith, declare war on us evil Crusaders and shoot up a cafe or a nightclub, the same government which provoked them and brought them here can then expand its powers even more to protect us from them. The tango of terror.

In the West, this imperial dance of entertainment and death really got going with the massive expansion of the US government under LBJ. When stepping down, Eisenhower had warned Americans about the growing influence of the military-industrial complex; had he been more explicit about the role of expanding taxation and debt-creation required to fund permanent warfare, we might have been more vigilant when politicians a generation later began massively expanding the state. When LBJ used the political capital the Democrats acquired following the assassination of Kennedy to usher in his Great Society programs, followed by Whitlam in Australia and similar socialists throughout the West a few years later, there was no going back. Once the genie of socialism is out of the bottle, there is no putting it back in. The lure is too powerful. As Gough’s starry-eyed sycophants chanted, “It’s time, yes it’s time, yes it’s time!” The era of universal welfare and permanent warfare has been with us ever since. 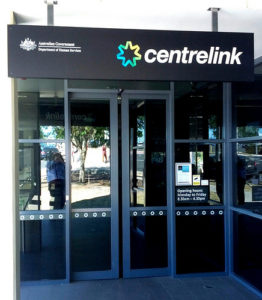 There is another more important and probably more controversial reason I use the term ‘welfare-warfare state’. It’s because welfare is warfare on the lower and middle classes, waged by the oligarchy. We’ve had fifty years of incrementally-expanding government welfare now, and tax burdens and public debt in the West are so bloated it’s difficult to see how the system can continue for much longer. How are we doing? Let’s take stock for a moment, and see how well the billions that have been confiscated by government and redistributed to their pet voting blocs have performed as an investment.

Welfare is war on the productive, the frugal and the future-oriented. In Victorian times, there was a phrase ‘the deserving poor’. This referred to people whose penury was not a result of bad habits or a lack of character, but rather decent people who had fallen on hard times through misfortune. These were the widows, orphans, ill and crippled who were the beneficiaries of Christian charity. There was no shame and no ostracism for the deserving poor. Those who were poor through drunkenness, laziness or ill-temper, on the other hand, were considered to have their correct station in life. This social mechanism ensured that the young were provided with a model of correct behaviour that benefited themselves and society as a whole. Under the welfare-warfare state, however, this mechanism has been inverted. Where charity was voluntary, welfare is compulsory, and makes no distinction between the deserving and undeserving poor. Now all classes benefit from government largesse with other people’s money, and the consequence has been to destroy any incentive for productivity, frugality or delayed gratification. Our mindset today is not one of charity toward the deserving poor, but rather envy toward the undeserving rich. Even if the undeserving rich are merely those whose income is slightly above average because they studied and worked hard, made good decisions and ate grit yesterday so they could be better off today. Unlike Christian charity, welfare does not cultivate virtue. It proliferates vice.

Welfare is warfare on the family. Throughout Western history, and outside the West today, family has been the social safety net of society. The marriage contract provided a bedrock for a complex and extended network of reciprocity and mutual care which operated as insurance, jobseeker network, daycare provider, superannuation guarantee and source of venture capital. This was founded on an intergenerational covenant: parents provided their kids with nurture and resources so that one day they would be provided for in old age. It was unthinkable to break this covenant, as then future participation in the family support network would be impossible. These were people for whom reputation was everything, as it guaranteed their security. One of the cruellest things you can do to a community is remove moral hazard, and the brokenness and dysfunction we see in individuals at the bottom of the social order is the result of this destruction of the traditional family. By replacing the functions of the traditional family network, welfare has destroyed the very foundations of what made families function. More than anything else, this is the reason for the broken and sorry state of families on the West. We’ve sacrificed family to the gods of utopian socialism, and lost our identity and communities as a result.

Welfare is war on the young and the unborn. As well as the heavily armed hand of government stealing from the virtuous to bribe the vicious via tax, welfare is funded through government debt. You could count on one hand the countries which have ever paid off their public debt. It just snowballs over time until it overwhelms the society and the accounts are settled through war. We’re close to that point now. In the meantime, however, the young are being burdened with the past expenses of the old. All those hip replacements and real estate investment subsidies and gender reassignment surgeries are being put on a government tab which will not be paid by the recipients. It will be paid, with interest, by the unborn. That debt operates through the bond markets, and it is no accident that it is the elite banking class and the oligarchs who are the primary bondholder beneficiaries. Think of it as human farming.

The West is heading toward its Berlin Wall moment, when entitlements and unfunded promises to all sorts of groups by government fall in a heap. Already, central banks are having to keep interest rates at unprecedented lows; this hasn’t been to stimulate economic growth, it’s been to keep government finances on life support. It can’t and won’t last, and one day soon the entire ponzi scheme will fall apart.

The inevitability of this, however, is not a guarantee that the collapse of socialism will bring about liberty and integrity of government. It could go the other way. Right-thinking men and women need to fight now to break the spell of collectivist thinking, the mentality that life must be fair and that utopia can be created if we all just get along and submit to the tyranny of equality. The tango of death and decadence continues because there will always be a segment of the population who seek to use the power of the government to steal from those who have more, and there will always be ruthless and ambitious individuals who seek power through tapping this envy and covetousness in the populace. If we are to have any hope of ending the welfare-warfare tango of death, we must discredit the ideas that justify it boldly whenever we can and stand for truth, reason and reality. Only this will cut through the enchanting music and bring this horrible dance to an end, at least in our time.