Can there be one place in the world, anywhere, for people who do not want to have anything to do with Islam, to go?  If such a place existed, millions from around the world would move there.Tomorrow.

Here are a number of ways it could work:

(1) The people of a state could use the democratic process to decide that they no longer want to have anything to do with Islam.  Muslims within the state’s borders would be expelled, and relations would be cut off with countries which are majority Muslim or which base their political system on Islamic Law.  No migrants would be allowed into the country if they are Muslim, and if a citizen of the state converts to Islam, they will have to leave the state.

(2) A region of a country could use the democratic process to decide that it no longer wants to have anything to do with Islam.  The rest of the country, however, does not vote the same way, but the strength of feeling in the region which wants to cut itself off from Islam is such, that it uses the democratic process to secede from its state, in order to fulfill the wishes of the people within that region.  From there, the rules of engagement procede according to (1). 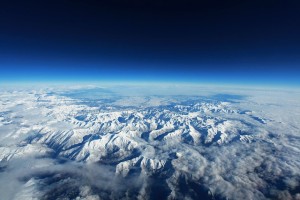 (3) An individual, a group of individuals, a corporation or group of corporations, (or all of the above,) buy a stretch of uninhabited land from an already existing state, which is declared a new independent state.  Land is not bought in areas where people who do not want to leave reside.  The state is for people who do not want to have anything to do with Islam to go, and follows the approach outlined in (1).  This land could be covered in sand, covered in ice, or the most inhospitable terrain imaginable, but the residents of the new state would make it bloom, regardless.

(4) An individual, a group of individuals, a corporation or group of corporations, (or all of the above,) do not take anything which is not theirs, but nevertheless do not ask anyone’s permission to take unclaimed land, whether it is literally at the end of the earth, or at the bottom of the ocean; or they create new land or living habitats, whether on man-made islands, floating cities, or habitats in outer-space.  It becomes a state where people who do not want to have anything to do with Islam, can go.  From there, see (1).

Such a place would be truly multicultural – when I say people from all over the world would move there, I really mean it.

“Progressives” could see it as a win.  No longer would they have those pesky “racist” bigots expressing themselves freely, or upholding the ideal of a nation-state with enforceable borders, or talking about the Enlightenment.  Without those far-right loons, there would be nobody to clog up the political process – “progressives” could help people from all over the world by finally throwing open the borders, free health-care for all, shut down all the coal-fired power stations, and everywhere would be a safe space.”

Muslims could see it as a win.  No longer would their sensibilities have to be assaulted by people drawing insulting cartoons.  The “progressives” who remain in Western countries would quickly and happily outlaw anything insulting to Islam.  They would no longer have to contend with “Islamophobia” since all the “racist” bigots had left.  Put ’em all on the one island, as they say.

Just let us go.  Please.  We won’t bother you.  You’ll never hear from us.  Even if it turns out you really need our help, you’ll never see us again.