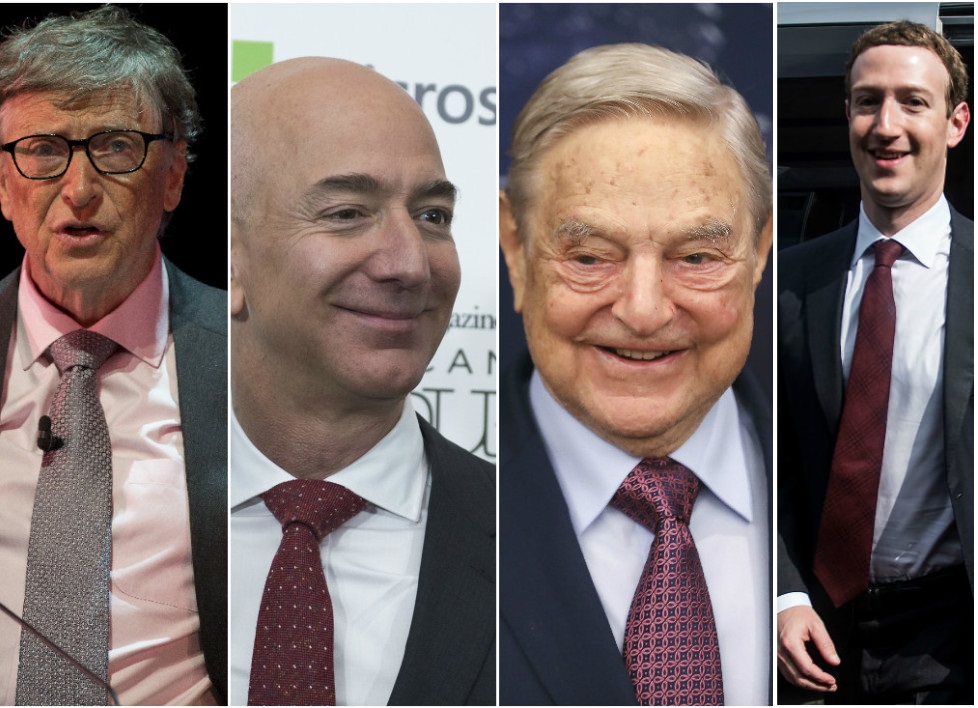 What do you get when you give a repulsive nerd who spent his formative years getting humiliated by jocks more than a hundred billion dollars?

A pastel-jumper-wearing control freak communist, by the looks.

Class of 2020, these are not easy times. But we will get through them. And with your leadership, the world will be stronger than before. https://t.co/rypFlsAles

How did we get to such a point of ridiculous doublethink? I hear from normies who still watch TV that Gates ‘gave all his money away’ because he’s such a nice guy. If that’s the case, why did his net wealth grow from 75 billion in 2016 to 106 billion today, according to conspiracy blog Forbes?

The truth is, Gates is a kingpin in the most exclusive club in the world. He’s the world’s top billionaire, and like all billionaires he uses his wealth to leverage political influence to not only get richer but also engineer society according to his utopian vision of how we genetically inferior plebs should be organised.

In historical terms, Gates is an oligarch. That’s not a term we use much these days, but it was understood very well in the ancient world. Nowadays, the propaganda calls oligarchs nice things like ‘philanthropist’, even when they party repeatedly with fake billionaire ‘philanthropists’ who run pedophile ring compromat operations for Mossad.

Bill Gates Met With Jeffrey Epstein Many Times, Despite His Past https://t.co/S7vSZKAheD

He’s just such a fun guy.

It is becoming widely understood now that people have more time on their hands thanks to unemployment that men like Gates operate a shadow government which decides what The Agenda for the world is going to be. Through the Bill and Melinda Gates Foundation, Gates has pushed the global warming agenda, atmospheric geoengineering, the war on men, the frankenmeat agenda, the anti-white education agenda, the smart cities program, the UN Sustainable Development Goals and of course has taken over the World Health Organisation and sought to turn vaccinations into a global health monopoly for the Gates Foundation.

He just wants to save the chickens.

He’s such a nice guy.

If you want to interpret a man’s current actions, look at the pattern of his past behaviour. With Bill, this is clear. Gates’ strategy is to turn necessary items such as computer operating systems and now vaccines into a monopoly, then use the money generated to defend that monopoly by buying further political leverage and control.

Many doctors themselves are not on board with this agenda. Some have complained about Gates’ monopolisation of public health in top medical journals. Yet even the voices of top medical practitioners get drowned out by the ocean of dollars that Bill bestows on research institutions, global institutions and fawning politicians.

This is the real plague, far more dangerous to your health and liberty than the China Flu. The plague of billionaires who infect our public and private institutions and corrupt them to engineer a society organised along their interests, and not ours.

We saw here in Australia this same phenomenon recently.

Why is Twiggy Forrest not in custody for treason?

Because he’s a billionaire.

Why does Kerry Stokes not have to go into quarantine like the proles after returning from overseas travel during a pandemic?

Kerry Stokes given exemption from mandatory hotel quarantine after arriving from Aspen on private jet https://t.co/kAJEProtZ9 via @WAtoday

Because he’s a billionaire.

The arch villain billionaire utopian control freak is, of course, George Soros. He has used his mysteriously acquired billions to wage a personal war against the Christian West for decades.

The billionaire elite aren’t just errant individuals enjoying their life, liberty and pursuit of happiness. They’re a club, and they’ve had plans for how to better organise us proles for a very long time.

Most of those plans revolve around a form of ideology predicated on utopian equality and centralised decision-making. You could call it technocracy, or sustainable development goals, or communism. You can read their plans in the proclamations by globalist groups such as the Council on Foreign Relations, the Bilderberg Group and, in a previous era, the Club of Rome.

Like George Carlin said, it’s a club, and you ain’t in it.

They share information about market movements and future political decisions to maintain their position while funding propaganda to make the proles poorer and more debt enslaved over time.

The proles get underwater mortgages and the oligarchs buy the world because they understand cycles.https://t.co/eyod2lVWhT

The club has its debates and its rivalries, but until 2016 there was a consensus in the club about The Agenda. The billionaires kept funding the political left and the political right to keep up the puppet show we call politics, but there was agreement when it came to the top priorities of the club: open borders, public and private debt expansion in the West and wealth transfer to the East, increasing global governance and the use of the global warming myth to bring about some form of a New World Order.

The totalitarian response to COVID-19 and the destruction of small and medium sized businesses in Western countries through lockdowns is an extension of this same tyrannical globo-communist agenda.

On #Covid & #Climate, our govts “seem incapable of accepting scientific evidence, and fail to listen to the clear warnings and predictions.”

The #coronavirus is a dress rehearsal for what awaits us if governments continue to ignore science | John Hewsonhttps://t.co/XunhBxQNSo

If we can remake our society to protect us from a virus, we can remake it to look after people and our environment.
A Green New Deal isn’t just possible. It’s necessary.

And if you resist, you’ll find out why the police have been militarised over recent decades and why the brainwashing of political correctness has been pushed hardest among the boys and girls and zhes in blue.

One of the goals of the New World Order is to DESTROY FAMILY UNITS and essentially make children “the property of the state”.

THESE #NWO #MartialLaw #COVID police in Australia are ‘getting in some practice’ splitting up families, for the crime of going for a walk on a sunny day! pic.twitter.com/UGfNn0Bjk6

This agenda was on track to continue without interruption until one of the club, an outsider who wasn’t taken seriously by technocrats like Gates, did the unthinkable.

He broke ranks and captured the presidency for himself. 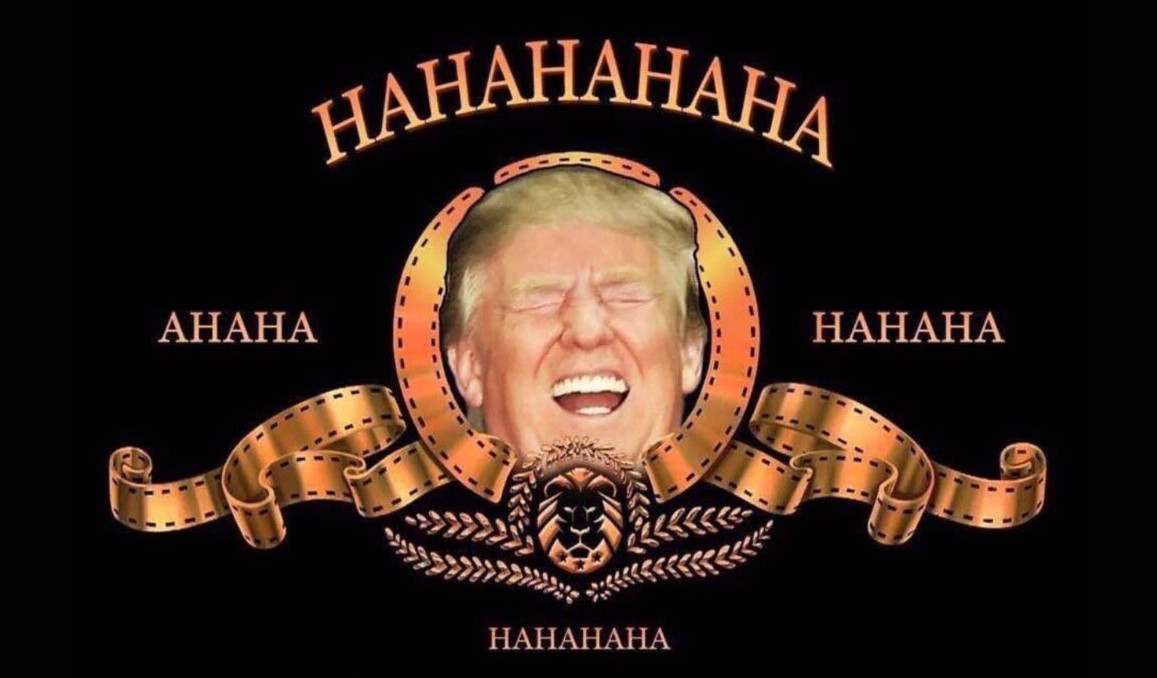 If you want to understand current events, look at what happened in similar times in the past. There is a rhythm to history. It operates cyclically, and if we are willing to put aside ideology and look at it plainly it will speak to us.

America was founded as a republic modeled explicitly on the political system of ancient Rome, and the history of Republican Rome is one of conquest and expansion then civil wars between oligarchs which brought down the established political order. Ultimately, aristocratic outsider Julius Caesar ended the republican system by breaking the power of the oligarchs and installing a hereditary military dictatorship.

What we have seen since 2016 is a covert war, but it is not being fought between ‘Democrats’ and ‘Republicans’. That’s a pantomime for children. It’s a war between the oligarchy and Donald Trump, the outsider who they hate because they can’t control him and because he has broken with The Agenda of the club.

Is Trump on our side then? I don’t think so. I think Trump is on Trump’s side.

Is rule by Emperor Trump better than domination by oligarch Gates?

Anything’s got to be better than that.

Cue the propaganda. Author is incidentally and irrelevantly Jewish.https://t.co/x0U02qi0VK