As functionally Jewish dindu riots continue to rage in America over some armed robber porn-star allegedly dying from lack of oxygen, Australians will be thrilled to know that this wave of what would likely be termed neo-negritude by Benjamin Rush (one of the founders of American Psychiatry), will be hitting our sunburnt shores very soon.

Now far be it for me to reiterate the wise words of World Jewish Congress founder Nahum Goldmann, but when White advocates can’t even hold a legally permitted rally but full automatic Jewish negro rioters can literally level a city, don’t be surprised when Jewish billionaires look to cash in on insurance claims from multiple insurers.

And whilst Trump makes glib gestures to pro-White Jew critics about based “bloodlines”, as he flexes to the millions of non-kosher users who’ve been exiled from Twitter for calling out Jewish public officials like Minneapolis Mayor Jacob Frey, and repeats empty rhetoric about labelling ANTIFA “terrorists” whilst he has hung every alt-lite and alt-right group out to dry since Charlottesville, White people should keep in mind that Trump’s record is worse than Obama’s.

America, which epitomises the chief exporter of Talmud tier Anti-White gayops around the world, needs to start realising sooner rather than later that the more they help the Tay-Sachs tribe of liars, thieves, pornographers, traffickers, organ harvesters, extortionists, paedophiles, rapists and murderers the more they will sink into the ninth circle of Hebrew hell. 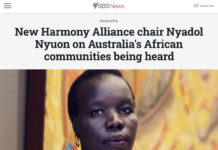 African Gangs are learning to PsyOp