A common turn of phrase that has marked the support test for globalist newspeak has been the flippant use of “Conspiracy theorist” in an unironic fashion. Whether it be the lying scumbags in the corporate controlled fake news media cartels, the heinous hypocrisy of the felonious pharma cartels soliciting patented poisons via prescriptions, the mislaid “heroism” bestowed upon ostensive mercenaries fighting for the military industrial complex of the Zionist Occupation Government, or the blueish influence of the central banking cartels who bankroll the Bolshevik subversion.

While some popular personalities proliferate theories that ignorantly or maliciously lack congruity, the archetypal targets of set theories prophetically warned us long ago of the eternal darkness that surrounds us today. As a kosher world order is imposed upon consumers, to facilitate the corrupt cabal to conspire against Christendom, questioning what is okay should be regarded as an utmost act of moral duty when those conspiring against us are inverting the system’s concepts of good and evil.

If absolute power corrupts absolutely one could rightly say that the influencers of set power are foundationally demonic. Thus those who don’t blindly prostrate themselves before the system that would see them dead have had the epiphany that those still under the sway of the blue check mark programming have not. 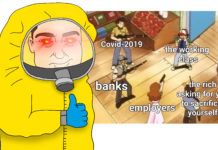 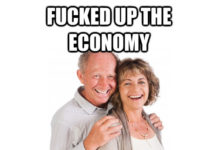 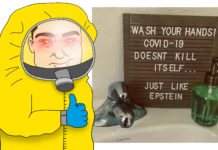