Yesterday morning I found myself reluctantly agreeing with Alec Baldwin for all the wrong reasons. Former U.S. VP Joe Biden, who is regularly characterised as being “sleepy”, “creepy” and “old”, is probably the best qualified candidate to deploy Democrat Party power against President Donald Trump.

Hence why Trump’s handling of his impeachment has been purely judo tier towards Biden, what with Trump’s Senate surrogates lining up to threaten Biden with impeachment before he even getting the Democrat Presidential nomination. Simultaneously Republican senators from the other side of the country paid for attack ads in Iowa, as Republicans seek to boost Bolshevik Bernie to the top of the Democrat ticket so Trump has an overtly easy target come November.

This is further bolstered by the media and the moonbat wing of the Democrat Party as they convey patently retarded talking points that Biden is doomed because he came fourth place in the Iowa caucuses. As was seen in the 1992 Iowa Democrat caucuses Bill Clinton, who we all know went on to secure the Democrat nomination, came in fourth place in a far less crowded field of candidates.

Joe Biden is ostensibly the Ray Patterson character out of The Simpsons episode Trash of the Titans, where the seasoned public servant Ray has to face off against Homer the balding populist. After Homer wins by making Bernie tier batsh-t promises that destroy the town, Ray is desperately approached by the plebs to be reinstated, to which Ray tells set plebs to royally get stuffed.

This is the situation by which the Democrats have allowed themselves to be goaded into by cannibalising Biden this early on in the pre-convention phase, and I’m squarely of the opinion that the rank and file mongoloids attracted to the Democrat Party are too bloody stupid to realise how they’re further screwing themselves over by kicking Biden to the curb. 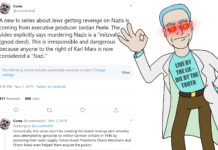 A Ryan Rant – Episode 99 – The Pintele Lives By The Lie 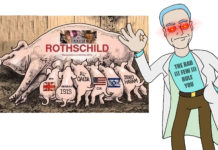