Journalists at the ABC have walked off the job today, after the revelation that staff were made to write negatively about immigration for the first time in the organisation’s history.

Journalists and editors at the Ultimo headquarters walked off the job at 10am this morning, following a series of articles published by the network criticising Australia’s mass immigration program as a ponzi scheme. Further uproar was maintained at one particular article that heavily criticised multiculturalism and pointed out that Australians were never actually asked if they ever wanted it. According to one journalist:

“It’s absolutely disgraceful that they expect us to provide a balanced view on this subject. Charter schmarter, there are some things that just need to be construed a certain way.”

“When the order came down from the board that we have to start presenting other sides of the argument on immigration, not just from the perspective of a few super wealthy billionaires benefitting from it, there was palpable anger in the office.”

Another journalist was particularly fuming about the criticism of multiculturalism:

“That article really got me. There are absolutely no downsides to multiculturalism whatsoever. Don’t they know all cultures are equal? Haven’t they seen how good the food is in Melbourne and how we need to import 300,000 Indians a year to cook it for us, because white people are completely incapable of cooking foreign food themselves?”

SBS journalists are expected to join their ABC brethren in solidarity tomorrow, after planning for the first annual “Celebration of Self-Flagellation” has been completed. 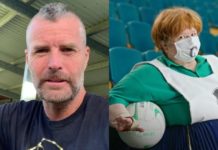