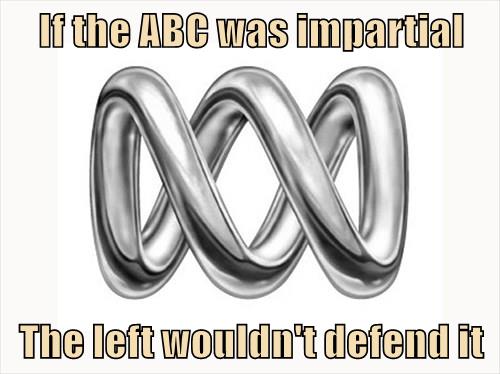 Pauline Hanson’s genius demand to hold a public inquiry into the competitive neutrality of the ABC has sent the communists at the ABC and Fairfax into fits of apoplexy, with an article by Tony Walker sparking a flurry of letters to the editor from the hundreds of communists left in Australia who still watch it.

“However, it is not overstating things to say the ABC finds itself in one of its most perilous moments in a political environment that could hardly be more hostile.

“The government’s decision to bend the knee to Pauline Hanson’s One Nation and critics in the commercial media by instituting a Competitive Neutrality Inquiry is a case in point.

“An independent panel will decide whether the ABC as a government business is enjoying “net competitive advantages” by virtue of its public ownership.”

The ABC does enjoy a net competitive advantage by virtue of its public ownership. It is guaranteed over a billion dollars worth of stolen taxpayers’ money every year, while commercial outlets actually have to work for a living and present news and current affairs in an engaging manner which earns them more money than it cost to produce. All the ABC has to do is show up.

Walker repeats the economically illiterate line that deciding not to increase the ABC’s funding by millions of dollars is actually taking away money from the ABC:

“Fifield has initiated another efficiency review on top of one conducted in 2014 that resulted in earlier swingeing cuts in the ABC’s budget of $254 million, and the loss of more than 1000 jobs since 2014.

He whinges that we have been “bullying” the former economics editor Emma Alberici, but really we can’t pillory her or her ilk at the ABC enough for their wilful ignorance of economics. Walker continues:

“In the latest audience surveys, ABC News continued its catastrophic fall, down to less than 700,000 viewers across the mainland states.”

That is because it is communist propaganda which no-one wants to watch. The solution must be more communism, and to follow the lead of America’s publicly funded propaganda outlet:

“What is clearly required is a new approach. The ABC board, including managing director Michelle Guthrie, should be required to sit down and watch episodes of the American PBS’s NewsHour.

“NewsHour combines news and longer-form reporting in a compelling hour-long package. This is the obvious solution to the ABC News and 7.30 malaise.

“Why something like this has not been implemented is a mystery.”

Or they could have sat down and watched Channel 7’s and Channel 9’s bulletins. They’ve been combining news and longer form reporting for years.

Walker’s best moment is a revelation of his complete delusion:

“What are Gersh’s views on criticisms the ABC is a “conservative free zone”?

“Does he subscribe to the view as laid down in its charter that the ABC should not be any sort of zone at all – conservative or progressive – rather it should be something in between detached from a particular worldview?”

The ABC is in breach of its charter because it consistently pushes a Marxist line on politics both domestic and foreign, economics, the environment and SJW talking points. The ABC is not in between conservative and progressive; it is very far to the left of progressive, and when it is critical of left-wing parties and personalities, it criticises them from even further to the left.

My favourite moment from the comments is this gem:

“Tony Walker’s excellent article on the appalling damage being done to the ABC overlooks a really important and precious part of its activity: ABCKids..

“My great-grandchildren, from their earliest years, engage with ABCkids via TV and tablet device. All programs are wonderfully crafted to suit their age, stage and learning ability. No commercial channel or developer comes anywhere close to the quality and value of such productions.

“In the appalling cuts and restrictions devised by the likes of Turnbull, Hanson, Murdoch and others, not only will our national broadcaster be nobbled but our children will be deprived of a rich and wonderful source of entertainment and learning.” 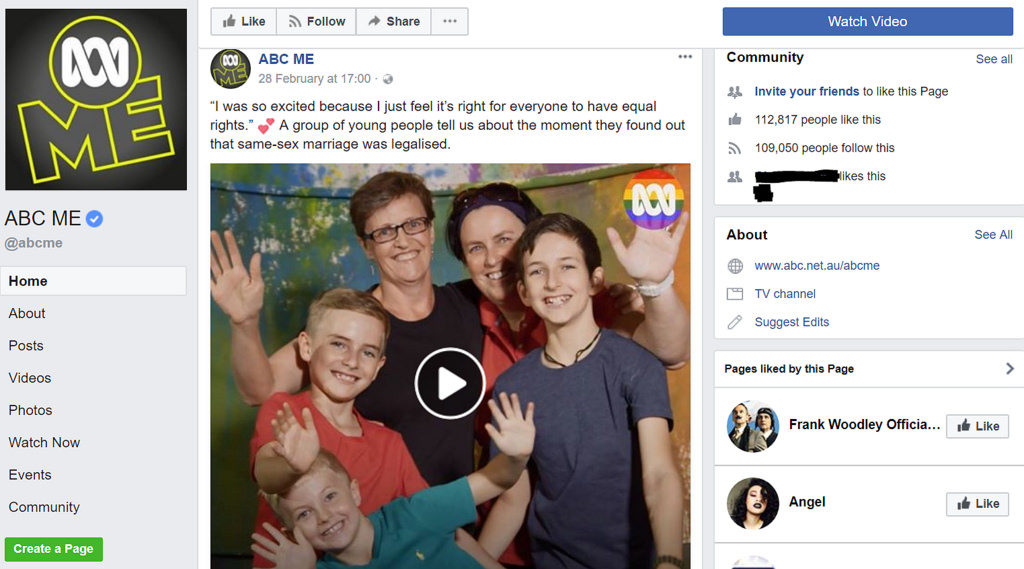 These commies seriously need to stop using children as a pretext to shove communist propaganda down our throats. Peppa Pig is big business, and will do just fine without taxpayer help. Finally, as David Hilton has pointed out our kids actually need protection from the ABC:

“It’s no doubt why the ABC channel targeted at children in this age group is called ME. And it’s also why the channel has become a focus for the neo-Marxist social engineers who want all of society to be as depraved, as perverse and ultimately as miserable as they are.

“Now the gay mafia will kvetch at the argument I’m making here. They’ll trot out some fake research about kids killing themselves because no-one asked them if they preferred bumsex. They’ll protest that there is no agenda to brainwash the kids, and certainly no agenda to sexualise children and normalise pedophilia.

“Are we going to keep believing them?”

It is imperative that the ABC is destroyed at the earliest possible juncture. The government should burn the ABC’s offices to the ground, salt the earth, and try ABC staff for treason.