This is epic. The ABC openly promotes terrorism. https://t.co/8dT7I45Gpt

Before we examine what these advocates for terrorism actually said, let’s look at the definition of terrorism, according to the Australian government’s 1979 ASIO Act:

Now for the juiciest lines from these moonbats.

The question from a man in the audience:

When is aggression and violence a better option than assertiveness, strong arguments and modelling the behaviour you expect of others?

When none of that other stuff works.

I want patriarchy to fear feminism … how long must we wait for men and boys to stop murdering us, to stop beating us and to stop raping us? How many rapists must we kill until men stop raping us?

If anyone’s shocked by what Mona’s suggesting, you just have to look back to history, and a certain faction of the suffragettes … they used violence. They thought what they were fighting was a civil war between the sexes.

I loved this bit. An open admission that the original feminists were terrorists. First wave feminism was not the “good” feminism which has been corrupted by second or third wave feminism. Feminism is terrorism, and the West’s capitulation to its demands in response to its politically motivated violence, ie terrorism, has been bankruptcy, the destruction of the family, degeneracy and demographic collapse. Thus, the condoning of terrorism by these radical extremists is thoroughly in keeping with feminist orthodoxy.

I wonder what our kind of tipping point in Australia’s going to be when people will start burning stuff? I look forward to it.

We’ve tried for 230-plus years to appeal to the colonisers’ morality, which just doesn’t seem to exist. I think violence is OK because if someone is trying to kill you, there’s no amount of, ‘But I’m really clever. I’m really articulate’. No amount of that is going to save you. Let’s burn stuff….

I don’t know how far we go in keeping an organisation like the police to account because it is there to be violent, it is patriarchal, it is overwhelmingly white … I think it shouldn’t exist.

These violent extremists advocated on Monday night for politically motivated violence in order to achieve a policy objective, to influence the policy of the government, and to overthrow the system of Australian government.

They advocated terrorism. On our tax dollars. There shouldn’t be an inquiry. They should be arrested.

The Australian government would have been well aware of who they were letting into the country to be hosted on the publicly funded broadcaster: 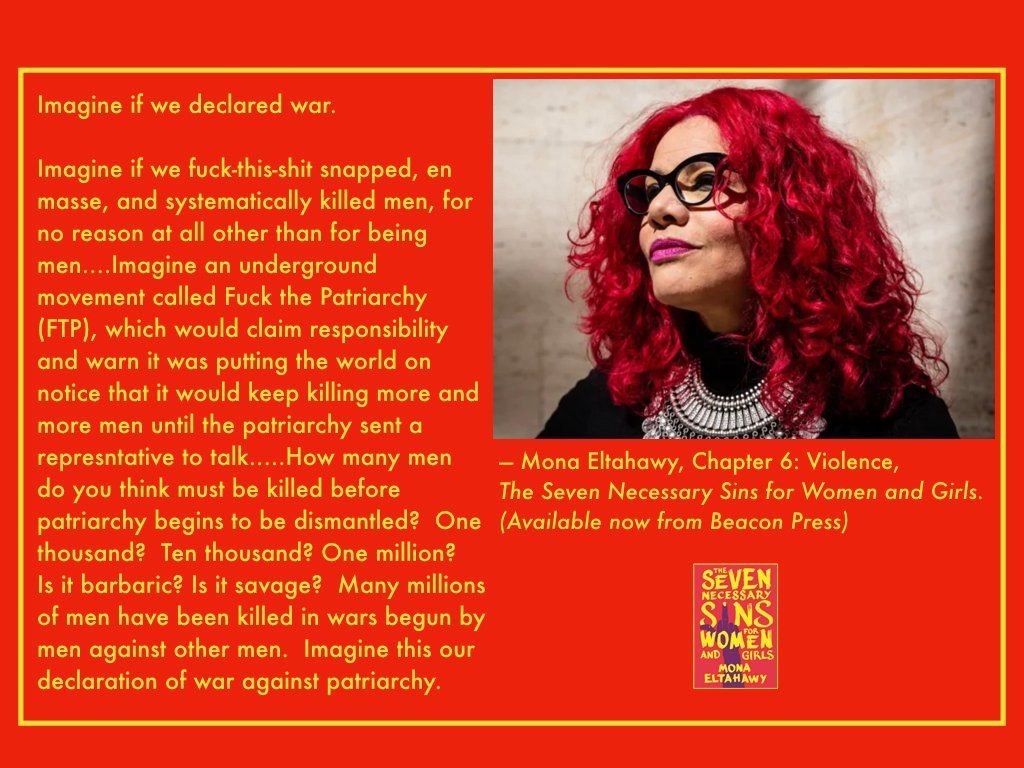 To dispel any doubt as to her intention, Eltawahy closed with this.

“As you get older, learn from people like us so that this can be a better world. Be queerer. Be more bisexual. Be less cis-gendered in the way that you move through the world. Just fuck it all up and be free!“

The far left directs a steady stream of violence toward ordinary people who just want their country back:

They direct violence against people trying to do business:

They even harass little old ladies trying to cross the road:

Furthermore, the entire Western political and legal systems, as well as media and academia have for decades been conducting a War on Men. Let’s be clear about this:

This is why nobody on the national populist right actually advocates violence.

We don’t need to. 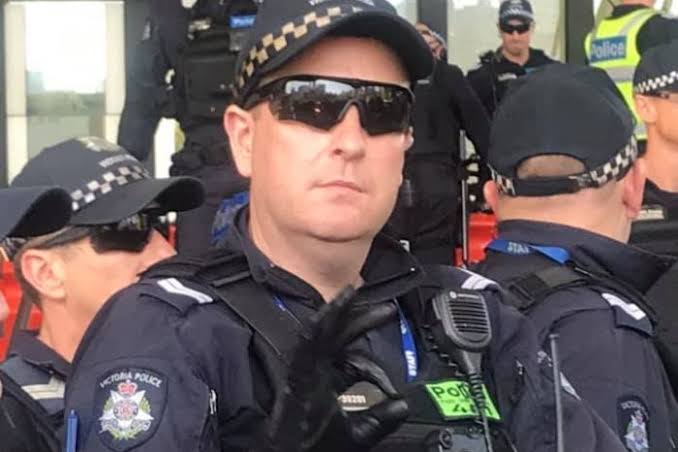 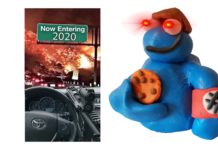