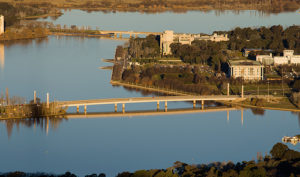 Well, what little dust can be kicked up by the only truly faux-democracy in Australia has now settled as Andrew Barr has again been re-anointed as Chief Minister of the ACT Legislative Assembly. Long suffering Canberran ratepayers predictably have another toxic dose of the guy who presided over a $770 million deficit in 2015-16, and in a lesser ministerial capacity, the guy who shamelessly pushed for light rail purely for personal gain.

So what can we expect from this impossibly Left leaning Labor/Greens love-in? Andrew Barr has promised that this new ACT Legislative Assembly will be ‘Economically and Socially Progressive..’

God help long suffering rate payers who, for a residential property valued at $500 000 (if you could actually find one for that) now pay $5287.49 in residential land rates every year. Compare that to Sydney where residential land rates for the same house (again if you could find one for that) would set you back $1168.95. Basic services are expensive enough as Sydney rates reflect, but the pie in the sky fiscal irresponsibility of successive Labor/Green circuses in the ACT is squarely responsible for hapless homeowners continually making up the shortfall in their annual budget.

The ACT is not subject to the same free market fluctuations that might result in a deficit like W.A. or QLD for example, where an end to the mining boom has posed challenges for states now missing out on those lucrative revenue streams. The ACT’s most valuable natural resource is essentially the Australian taxpayer. The taxation of ordinary Australians is the iron ore that sustains the primary industry of the Territory. It’s manna from heaven and a relative certainty that props up the entire economy of the ACT, in a way that agriculture or mining could never hope to achieve so profitably or sustainably.

In anyone’s language, it should be easy enough to run an economy of only 330 000 people with virtually no negative variable factors (e.g. falling commodity prices, high unemployment, drought, lacklustre tourist seasons) in surplus. It’s the perfect economy in almost every imaginable way. Stability and even prosperity should be relatively easy because it’s so assured. There may be occasional public service cutbacks and a resultant exodus out of town by a few thousand people, but by and large the ACT is extremely protected from free market fluctuations compared to virtually any other electorate in the country. Anybody who tells you otherwise is being very selective, or lying.

So with the rest of the nation holding its hand as it crosses the street, how is it possible that the A.C.T deficit is so great that every man, woman, and child would need to cough up $2333.33 to get it back into the black?

All of this begs the question. With an economy that boasts a self sustaining 100% taxpayer funded industry that reportedly employs 1 in every 20 residents (along with the obvious flow on employment), a windfall of $438 000 000 in additional rates that would be the envy of any similarly sized council (this doesn’t include income, sales, or a myriad of other profitable taxes), and no sign of any of this ever coming to a halt, how do you run up a deficit of $770 million in an economy of 330 000 constituents?

The answer may lie in Andrew Barr’s mission statement of a government that is ‘Economically and Socially Progressive’. Let’s take away the newspeak and translate that into English. Economically Progressive basically comes down to being fiscally irresponsible. Spending tax money frivolously and senselessly with little regard for checks and balances. Only a Labor/Green government with a deficit of $770 million would think that it was a good idea to conceive an elaborate billion dollar light rail system to service a glorified big country town.

“Socially progressive” essentially means more of the same draconian measures to inhibit free speech in the Territory. Shane Rattenbury has already taken measures to prevent any genuine scrutiny of Islamisation, and we can almost certainly expect more of the same with the caveat that the Australian Sex Party are still at least subtly supported by Left Wing loons as they actively push the buttons of Christians every single election.

So the new government has essentially promised to be fiscally irresponsible, and socially regressive. It’s business as usual for the ACT Legislative Assembly.