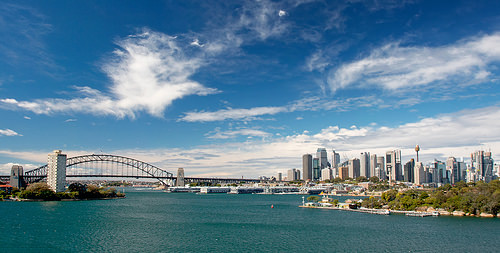 Australians all let us rejoice, for we will never be mortgage free!
We sold our soil and children for toil
Our homes sold to Mr Xi!

Since the GFC and the mining boom, Australia has trotted along reasonably well right? Sure house prices in Sydney and Melbourne totter precariously and may bring down the financial system. But that’s okay, nothing but a normal retreat after an exuberant rise, right? The fundamentals are solid, right? It’s been 10 years since the last major downturn, hopefully our elites have prepared for the next downturn?

Sadly, no. Federal Debt is at an all time high, and once again the RBA left rates on hold at the crisis rate, despite the fact it has been 10 years since the crisis started. The below chart shows not only the build up in Federal debt, but the fact that the government has lied to the population for 10 years, always insisting that there was a plan to stop the debt rising and achieve a balanced budget. Each of the little lines represent that fiscal year’s federal budget’s projected net debt trajectory. The solid green is what has actually happened. 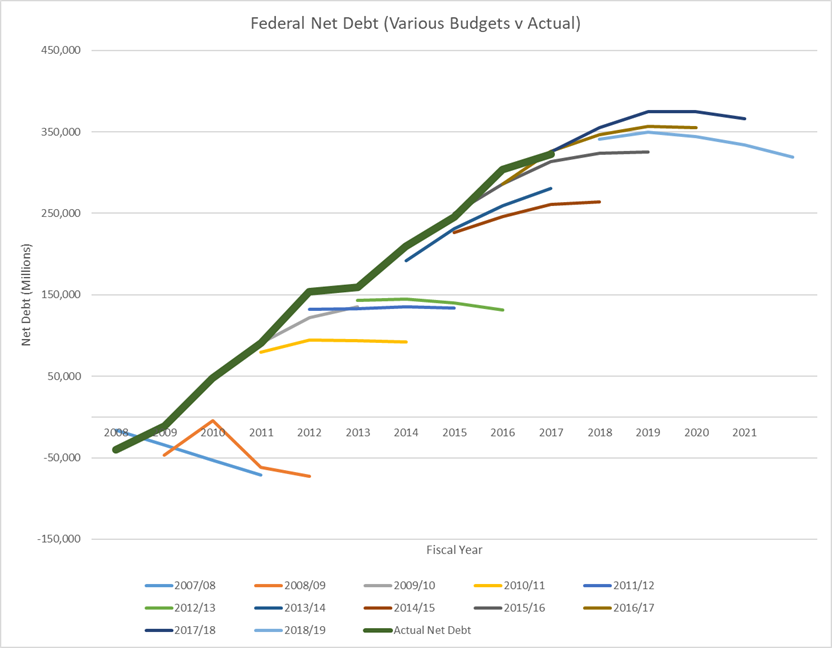 As you can see, they have consistently been optimistically wrong. But is this optimisim naivety or deliberate malice by our government?

“The good times can go on forever! Don’t have replacement fertility or save money! Just keep borrowing and spending! Watch the Block every week night!”

The level of economic “prosperity” we are currently enjoying is all being underwritten by borrowing from future Australian people via state coercion. Democratic governments run by charlatans have no incentive to force any tough love or medicine on the nation. Our political class saw what happened when Campbell Newman sought to place Queensland on a sound budget trajectory. (He lost his parliamentary salary that’s what…)

White elephants like the NDIS or NBN are the equivalent of building a bonfire of the chairs you’ve been moving around on the Titanic.

The current settings also ensure that the government and RBA have no levers to pull in the event of another economic black swan event. The counter measures are already deployed to sustain this “normal”, and even in this “normal” environment federal debt is still rising rapidly.

My estimate indicates that the income tax payers in this country would have to tip in an extra 40% of their current annual income tax liabilities in order for the country to break even year on year, and Australia is already a high income tax country relative to countries like New Zealand and the United States.

This cannot go on forever.

The political class sold the lie to the boomers that “falling interest rates = prosperity”. They then followed up this lie with a staggered asset threshold system for age pension eligibility, to incentivize oldies to spend their retirement capital on consumption in order to boost current economic activity, at the cost of intergenerational wealth.

The government forced the boomers to eat the economic seed corn.

Consider this article a warning!

Pay down your debt and prepare yourself for the end of the Australian economic utopia.