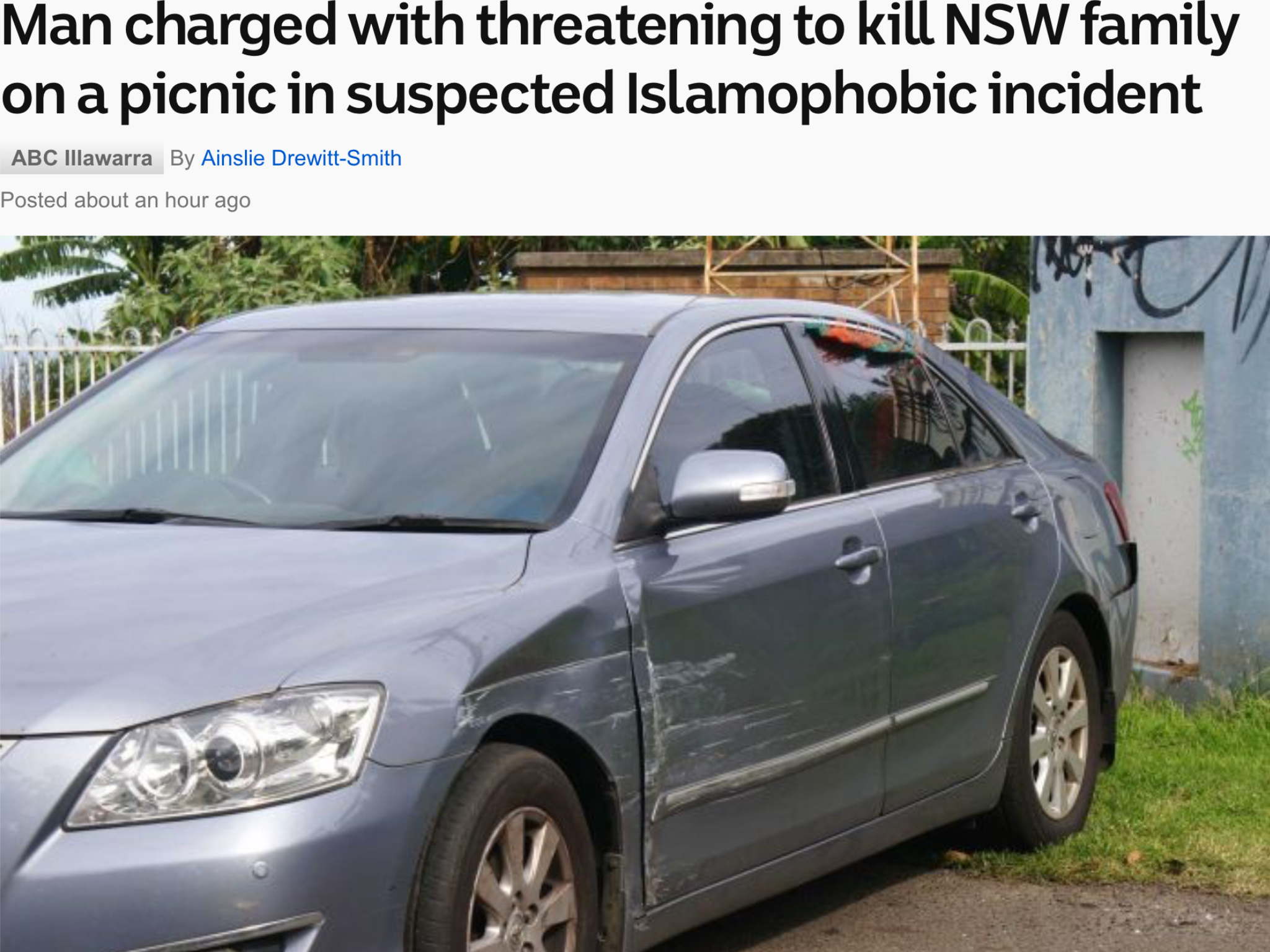 If anybody needs me today, I’ll be drunk.

A New South Wales man has been charged with terrorising a family at a picnic in what police will allege was a suspected Islamophobic incident that could have been “catastrophic”.

Yusuff Sharriff, 43, is accused of intimidating and verbally abusing a family group of about 20 people picnicking in the Illawarra on Sunday afternoon.

“That grassed area was full of mud, the car was going sideways,” Superintendent Craner said.

“These are serious offences, they could have ended in catastrophic circumstances.”

Mr Sharriff was arrested in a carpark nearby and charged on Sunday night.

He was refused bail in Wollongong Local Court on Monday after his brief appearance via video link from the police cells.

He described the alleged incident as an “atrocious attack” that police claim was part-filmed on a go-pro by an onlooker.

“He goes away, he comes back minutes later threating to kill these people,” Magistrate Stoddart said.

“They’re at a picnic. There are kids there. These are atrocious circumstances.”

During his appearance in court Mr Sharriff referred to himself as a “black Muslim” and accused Legal Aid of discriminating against him and not representing him properly.

He urged Magistrate Michael Stoddart stop the case progressing until he could find a new lawyer and said he had been the subject of abuse in the past.

When I was a kid I remember hearing a certain argument on a regular basis. You don’t hear this argument very often any more. I think people are afraid to say it these days, probably considered “racist” or something. It went something like this:

If we import people from the trouble spots of the world, they are going to bring their troubles here.

Is Yusuff Sharriff the new face of white supremacy?  A clearer case of mental illness would be hard to find.  ABC radio had been banging on about this all morning.  What are they going to do now?  Blame it on Fraser? 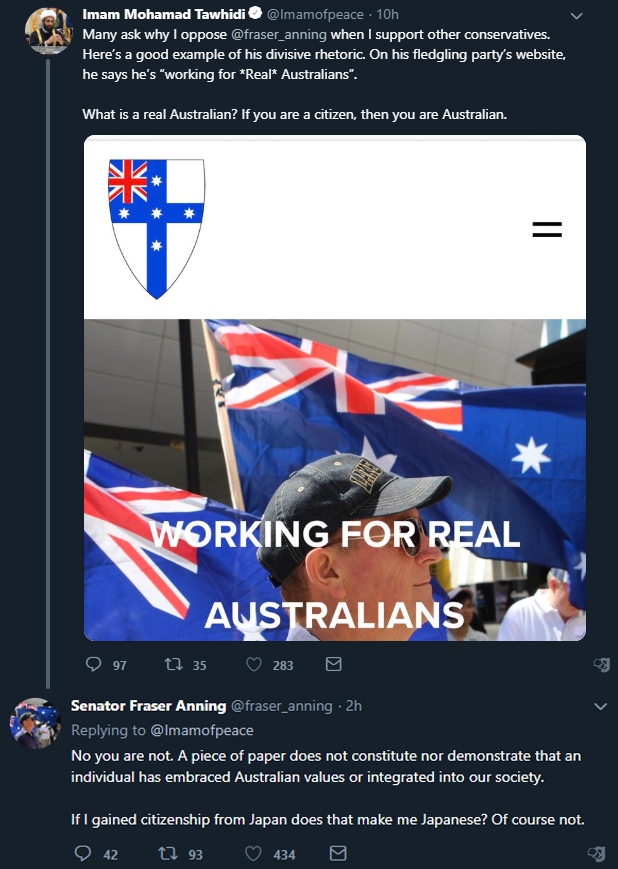