Donald Trump had a yuge win last week when the US Supreme Court upheld his Muslim ban, and he responded to leftists tears about children separated from their parents when they crossed illegally into the United States, by reuniting these families in prison.

In Europe, the combined efforts of Italy, Poland, the Czech Republic and Hungary in saying no to migrant invaders has sent Angela Merkel’s Chancellorship into a death spiral.

The globalists are worried, so they are bringing out the big guns:

From “Anne Frank’s family tried in vain to emigrate to the US and Cuba new evidence shows” at the ABC:

“New research suggests the family of Anne Frank attempted to emigrate to the US, and later to Cuba, but their efforts were tragically thwarted by America’s restrictive immigration policy and the outbreak of World War II.

They only just discovered this. Really.

“The Anne Frank House in Amsterdam and the US Holocaust Memorial Museum says documents indicate Anne’s father Otto tried twice to collect the papers needed to obtain visas for the United States. He later also appears to have applied for a visa to Cuba.

“However, the Frank family’s escape efforts were all in vain and they eventually went into hiding from the Nazis in Amsterdam on July 6, 1942 — exactly 76 years ago on this day.

“‘I am forced to look out for emigration and as far as I can see USA is the only country we could go to,’ Otto Frank wrote in English to a friend in the US in 1941.

“His efforts to get the family out of the Netherlands to the US likely started as early as 1938 — a turbulent year in which Nazi Germany annexed Austria and part of Czechoslovakia into the Third Reich.”

The headline makes the message of the article clear – let immigrants in or it will be another holocaust. The first paragraph states that it was “America’s restrictive immigration policy” which “thwarted” the Franks’ escape.

“With hundreds of thousands of people seeking refuge in the US each year by the time war broke out in 1939, Washington was issuing fewer than 30,000 annual visas.

The processing of a visa application also lasted several years and included a huge amount of paper work, affidavits from relatives or friends in the US.

Even with all these demands fulfilled, applicants could still be turned down.”

Open the floodgates to your country and loosen restrictions, or all the people of the Third World will die.

Interestingly, this fact is buried toward the end:

“While the Franks were not explicitly denied visas by the American consulate, ‘their efforts were thwarted by American bureaucracy, war and time’, the historians wrote.”

We get fed a lot of information disguised as news and entertainment which promotes the idea that it is our responsibility in the West to accommodate the rest of the world. The movie Elysium made the case that “free” universal health care in the West should be made available to every individual on the planet.

These views are reflected in the newly elected Democratic congressional nominee for New York, the fake American Alexandria Ocasio-Cortez, who wants to give everybody free stuff and open borders, and the newly-elected communist President of Mexico who has become just the latest leader of a nation to argue that the United States belongs to the whole world, and everybody should have the right to enter and enjoy its benefits.

Back to the movies, Christianity is also hijacked by those who should know better.

“I thought we all were children of God.” That one is aimed right at the feelz. I had thought that the recent remake of Beauty and the Beast with Hermione Grainger was just an SJW retelling, but the determination to undermine the host culture to supposedly make things easier for the “outsider” has been a running theme in Hollywood for quite some time.

Then there is the line trotted out by “Christian” liberals that we should accept refugees because Jesus, Mary and Joseph were once refugees when they fled to Egypt. They were indeed refugees.

Underpinning all of this is the narrative of the holocaust. The narrative is that nationalist Europeans started World War Two and killed six million Jews, therefore European nationalism is evil and must be suppressed at all costs. It follows that to avoid another holocaust, European countries and colonies should accept infinite immigrants and refugees from the rest of the world until Europeans are completely diluted and replaced.

In fact, the European ethnic nationalist countries of Europe fought against National Socialist Germany, and were conned into defending the Communist Soviet Union against the National Socialists with whom it had originally started the war. Furthermore, Germany itself suffered the equivalent of three holocausts in World War Two.

The narrative of the holocaust has been completely perverted to serve the interests of the globalists. We should push back against its use as a narrative to push open borders, and we should defend our rightful nationalist aspirations against emotionally manipulative assaults. 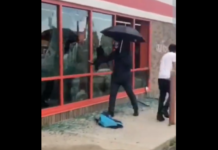