Individualism might be great at getting your room clean but when you get jumped by a pack of masked Antifa terrorists in a park at night, the collectivists are going to win. Every time.

Even if they are gender-confused, cat-obsessed, degenerate toad chicks.

After attending the Free Speech event with Lauren Southern and Stefan Molyneux on Sunday evening, citizen journalist for The Unshackled Martin Hartwig decided to track down the Antifa terrorists who had been wailing and gnashing their teeth outside the event.

Just as Lauren showed that Lakemba mosque in Sydney is a sharia zone, Martin showed that Musgrave Park in West End is an AIDS zone.

Martin did it though by receiving a broken eye socket, broken hand, multiple traumas and being urinated on. That’s right. After kicking him in the head while he was on the ground, the vermin pissed on him. According to Martin, the ringleader of the attackers was a female.

Martin has since been released from hospital and is recuperating at home. It will be a while, however, before he can return to work; something Antifa terrorists wouldn’t ever have to worry about.

If you’re expecting that these political terrorists will be questioned by police, charged and convicted for their vicious crimes, think again. That never happens. The reason these Antifa scum act the way they do is because they know they are protected by sympathetic judiciary and police who share their far left, globohomo ideology.

Antifa can even physically attack a mainstream conservative with impunity in the current year.

Police later told Bolt they could not identify his attackers. Sure.

Anyone who spends five minutes investigating knows exactly who these people are. They’re not rocket scientists, after all. They post all over social media inciting violence against evil Nazis, i.e. people who own things.

The violence perpetrated against Martin in South Brisbane on Sunday was the result of a concerted incitement campaign by Antifa bloggers whose job is to whip a mentally unstable mob into a frenzy and intimidate free-thinkers. 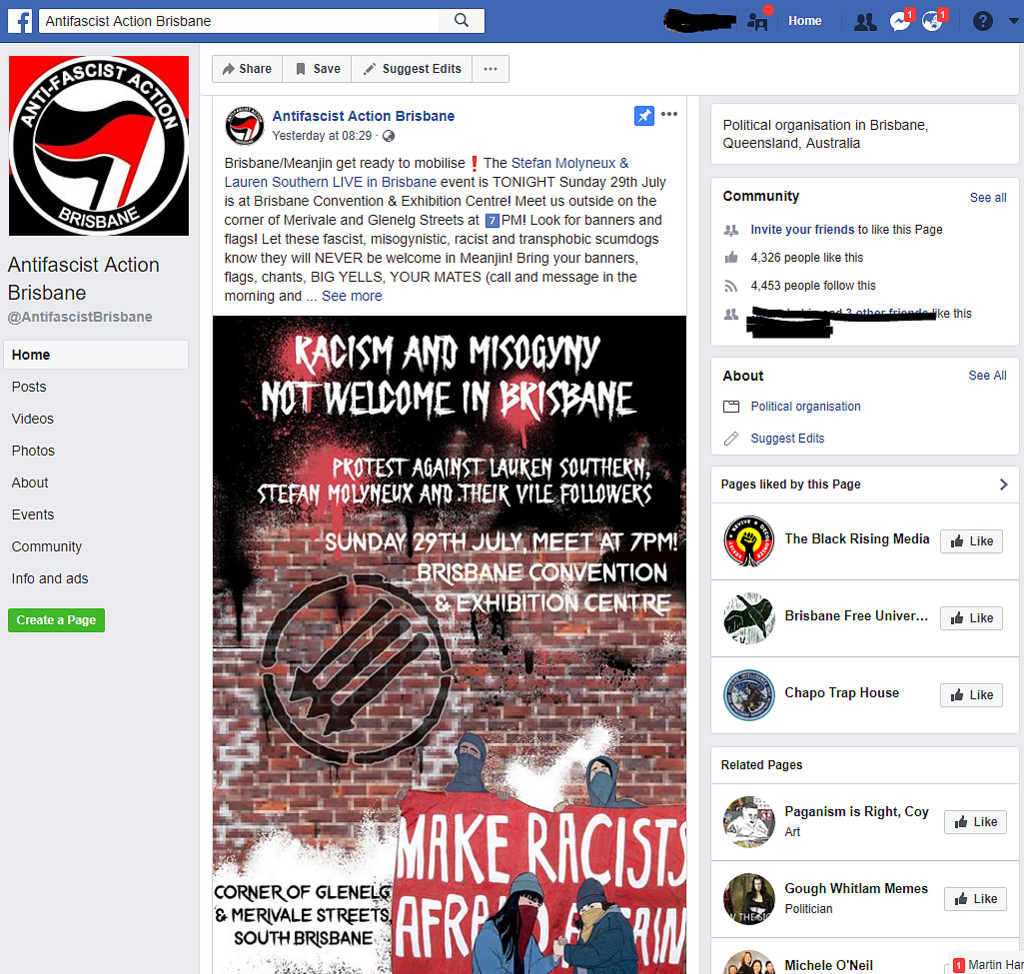 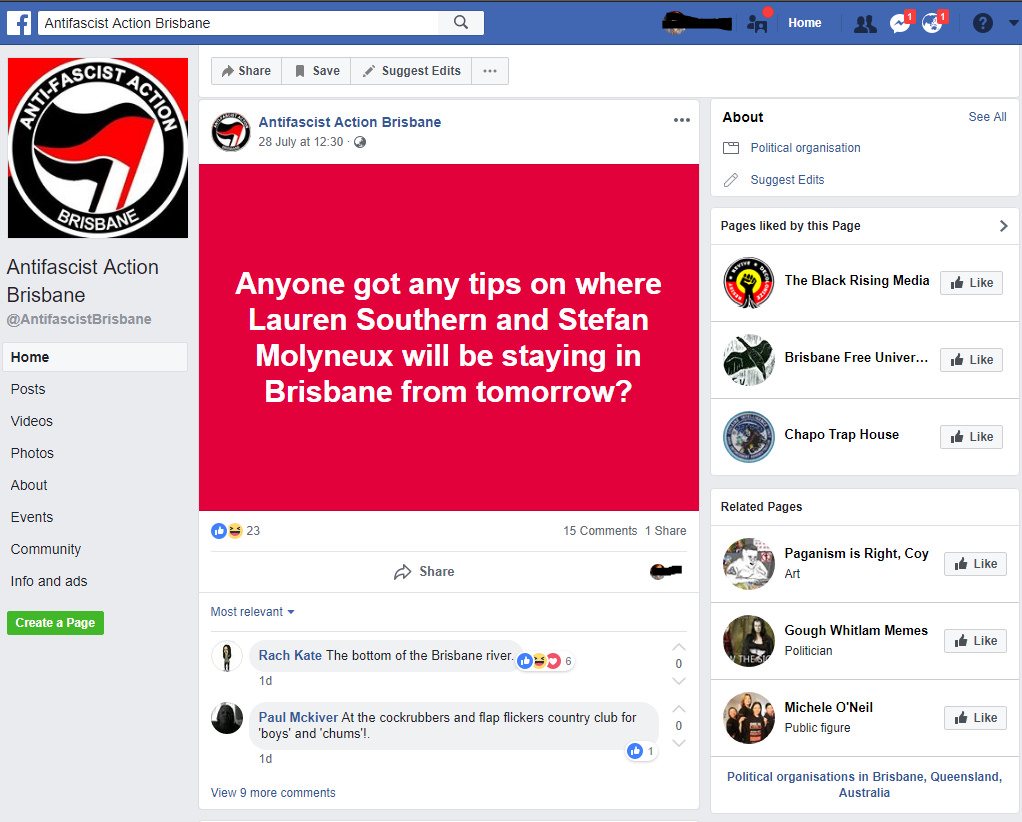 The people who run these pages and write the blogs are usually academics and fake news journalists at outlets like The Guardian, the  Channel 9 outlets and Their ABC. It is not hard to find evidence of this. When former Brisbane Antifa member Shayne Hunter came out opposing the group, Media Watch was quick to jump to their defence.

They’re not even subtle about it. It is a network of fringe activists, academics and commie journalists who co-ordinate to intimidate, smear and physically assault anyone who stands up to the tyranny of neo-Marxist political correctness. 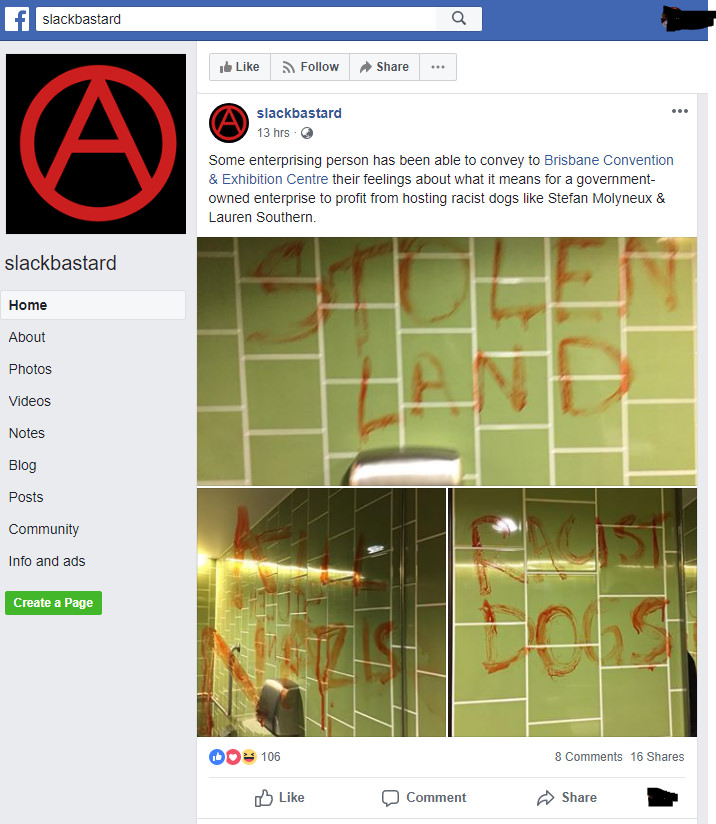 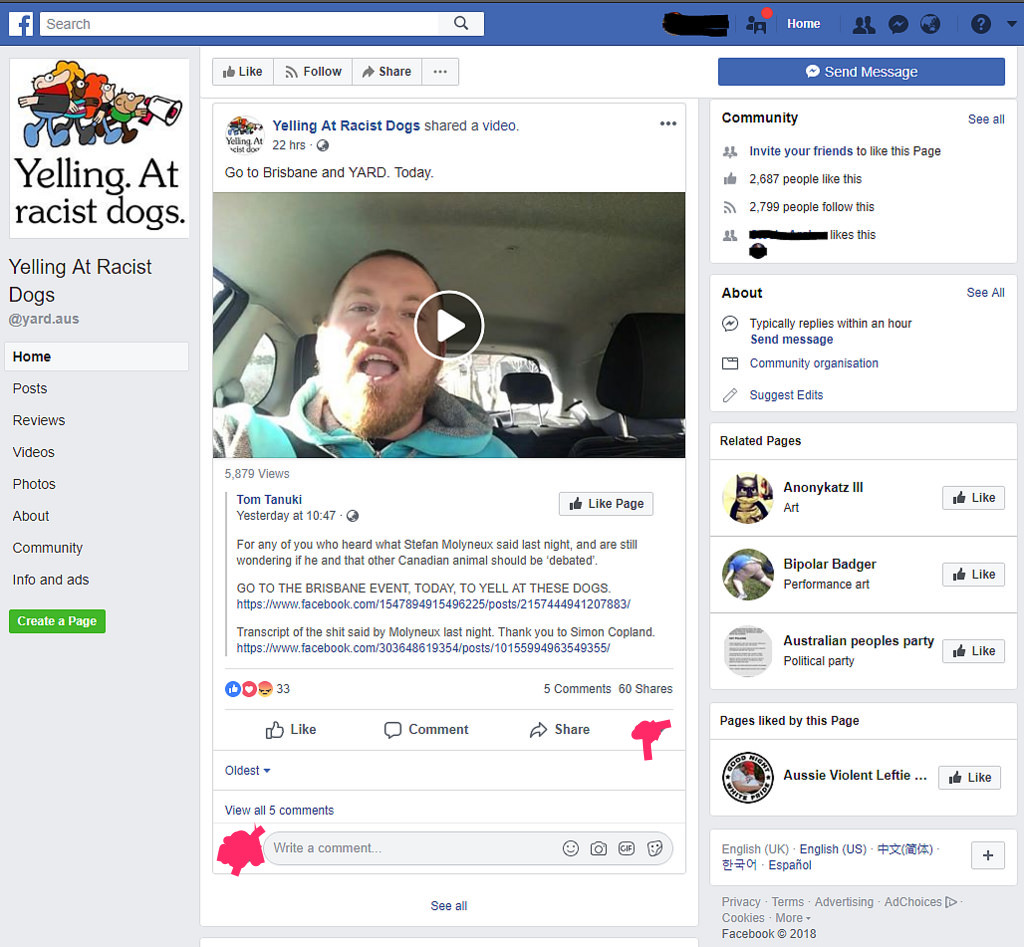 WE AT YARD ARE COMMITTED TO REWARDING SUCCESS. A FREE YARD T-SHIRT TO ANYONE WHO CAN LAND A SUCCESSFUL 🐶DIRECT DOG!🐶 ON SOUTHERN OR MOLYNEUX!

And they use the extremely corrupt builders unions to recruit footsoldiers for their political violence. 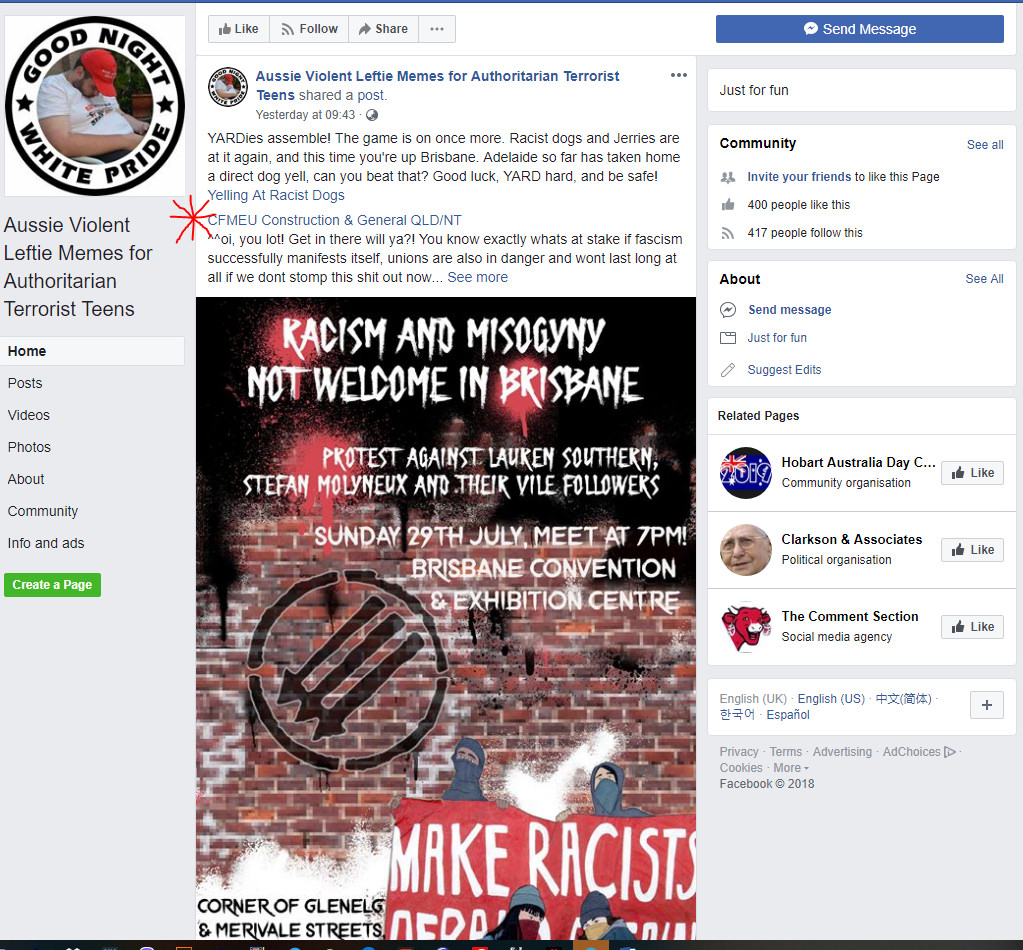 All with the support of a sympathetic state bureaucracy and political class. That’s what we’re up against. That’s why events like Southern and Molyneux’s Free Speech tour are so important, and provoke such a crazed response from the deep state’s pet political terrorists. If everyday people start to see that saying 2 + 2 = 4 in public won’t lead to financial and personal ruin, they’ll start doing it. And then the whole edifice of mind control which has been erected in the West by people who hate us begins to fall apart.

In the final analysis, this is all about power. Those who have it in our society today know that it rests upon the public accepting their ideological control grid. As people begin to think for themselves more and more, the prestige of groups like Antifa will disappear even further. And that’s why they lash out.

And that’s why hyper-indvidualist clean penisism is a good place to start, but it’s not enough. We must stand, and stand together. Collectively.