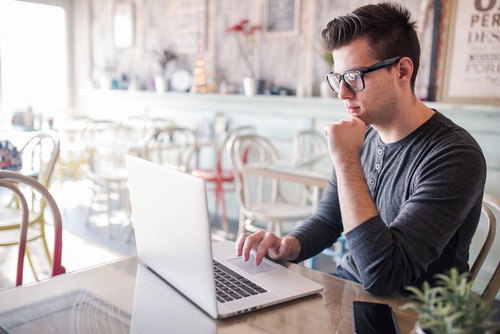 A Collingwood millennial has dared to tread unchartered waters on social media tonight, showing solidarity with “Black Lives Matter” and supporting the CHAZ movement in Seattle.

Self-described thought leader, visionary, futurist and Australian Greens voter Jordan, 29, made several posts on Facebook last week in support of the global protests. Despite being initially hesitant to make the post, Jordan went ahead anyway in a move described as ‘particularly original and brave’.

After blacking out his Facebook profile picture last Tuesday, Jordan went on the offensive with a string of left-winged themed posts, agreed upon heavily by his fellow millennials, particularly females.

“I wanted to put it out there that I support the protestors in BLM and want to express my solidarity with them.

“It’s important to recognise our white privilege and we need to change things in our country here in Australia. It’s important we all come together and unite to fight this issue.

“There’s no greater sacrifice than someone else’s and I just want to say from the comfort of my couch, with my schooner of craft beer in hand in my culturally homogenous white suburb, that Black Lives Matter.”

However, Jordan was later identified by one of his friends as a protestor at the recent protest in the Melbourne CBD during the COVID-19 pandemic, and challenged on his right to protest during a pandemic.

“Seems like Jordy only cares about unity when everyone is on the same page as him. He defriended me as soon as I made that comment.”