Normally women’s sport, and especially the hitherto non-newsworthy spectacle of women’s basketball, would be delighted to be in the news and consider any publicity to be good publicity.

Except that is, when one of its players goes to a fancy dress party in blackface.

The player concerned, Alice Kunek, of course apologized, removed the picture from social media, assured everyone she meant no offence, and confessed to a lack of judgment. 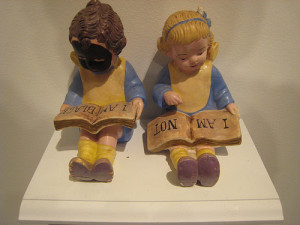 What is really outrageous, however, is that the race discrimination commissioner no less had absolutely nothing, not a word, zip, to say about the fellow player who went to the same party in white-face. Surely this player needs some time in the re-education gulag at the very least too for such overtly racist and offensive dress sense?

Memo to Tim with the long name – why can’t I be outraged, disappointed and offended, or is this only a game certain people can play? That seems rather, well, discriminatory to me.