This is the first in a two-part series on cryptocurrencies and blockchain technology. In this piece, we look at the optimistic case for blockchain technology enabling a new era of peace and prosperity across the world. In the second part, we will examine the possibility it will bring about a dark age of economic tyranny.

Bitcoin is a bubble.

Only pedos and terrorists use bitcoin.

These are the narratives we’re seeing pushed by the lying media since bitcoin (BTC) took a moonshot last November from around US$6000 to over US$19000.

The kids and geeks who bought into cryptocurrencies years ago have now traded in some of their fake money for some very real Lambos.

A lambo? But does it go with the rest of em? I was making millions on Crypto when @justinsuntron was still coming up with the idea of #trx im 24 brother and doing quite well. So dont hate. Because funny thing is im the tyoe of person thatll help you do exavrltwhat ive done. pic.twitter.com/gPxzY4nM44

It hurts to say it, but I’m not one of them. I’ve known since 2012 that our system of debt-based money, controlled by the central banks for the elite banksters, is a Ponzi scheme. I’ve known for years that one day there will be a currency crisis. In preparation, we’ve been buying gold and silver.

This is because, historically, when people lose faith in the fiat currency they turn to tangible items and particularly precious metals as a store of value. It was just a matter of time. 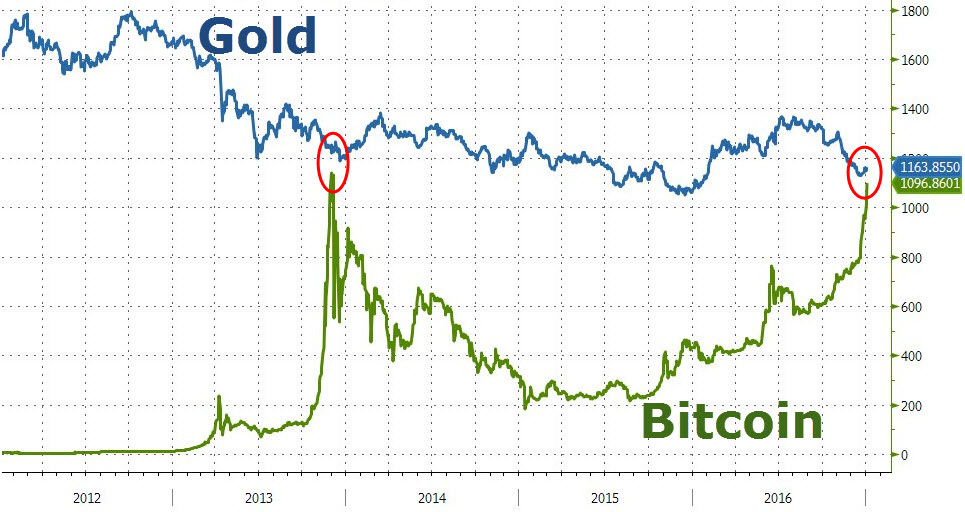 While cryptocurrencies shot the moon.

Damn you, gold. Damn you.

Like many who could see the currency crisis coming, I failed to recognise that cryptocurrencies had changed the paradigm. There is a fear trade occurring against central bank currencies, but not into gold and silver. It’s going into cryptocurrencies.

And while cryptocurrencies have made many everyday people rich, they’re turbulent. The last week has seen a savage pullback. Some are taking it pretty hard.

But this is also nothing unusual. Cryptocurrencies are a gold rush, and it’s in the nature of speculative frontiers to have wild swings in price. The trend is BTC’s friend, however, and there is no reason to believe that cryptocurrencies will go away. BTC is here to stay.

There is much more to cryptocurrencies than just speculation though. Cryptocurrencies, and the blockchain technology which enable them, are not just a get-rich-quick scheme. If the internet is comparable to the invention of the printing press in its significance, blockchain technology could well be as significant a development as agriculture itself.

To explain why I’ve come to believe this, we’ve got to first understand what the blockchain is and how BTC came to be.

BTC was born in 2009 when a white paper was published by the mysterious Satoshi Nakomoto. He’s since disappeared, although his public BTC ledger shows he still owns around a million BTCs.

That makes him the 44th-richest person on the planet. So far. And no-one knows who or where he is.

Some people think God wrote that white paper to free humanity from the Luciferians.

Others think it was an East Asian deep state, with a plan to dethrone the US dollar as the world’s reserve currency.

Others think it was written by an AI.

Regardless, the white paper changed the world. Blockchain technology had been around for decades, but the BTC white paper solved the double-spend problem inherent in digital transactions. Once a purchase has been made in BTC, the transaction propagates across the blockchain instantly and is confirmed multiple times by the various nodes, or computers, on the network.

It’s a distributed ledger which updates automatically in real time using a consensus algorithm. It also cannot be hacked. Based on the principles of cryptography, the transactions on the blockchain are visible to anyone on the network and are interconnected like a puzzle. If someone was to try and tamper with one of the transactions, the other nodes on the network would immediately identify the falsified data and reject it.

Coins like BTC are designed to be used in transactions to exchange value. There are other coins however, called alt-coins or tokens, which are where the real potential of this technology lies.

That’s because blockchain removes the requirement for trust in human interactions. This is yuge, particularly for shithole countries.

One of the key advantages for high-IQ populations is our higher trust levels. When people trust each other, they are able to engage in more economic transactions and create more wealth for everyone in the society. In a shithole society, economic advantage is determined by who you know and your birth status. Assets and the means of wealth creation have been captured by self-interested elites, leading to socioeconomic inefficiencies and enormous waste of human capacity.

That’s where we’re headed thanks to the bankster elite, by the way. Economic inequality in the West has been growing over recent decades not due to capitalism, but due to elites capturing the power of government to increase their wealth and pass it on to their children. We’re becoming the Third World.

Blockchain overcomes these constraints on wealth creation and human development. It’s literally our gateway to the stars.

For the shithole world, it could be the gateway to a private toilet. The bottom billion people on the planet cannot access banking to the standard we can, and half the world doesn’t even have a bank account. What happens when they begin using advanced banking services on their mobile phone?

Maybe they won’t all want to bloody come here finally?

There are already token start-ups which are applying blockchain to solve problems of inefficiency, trust and government intrusion.

Civic is a start-up using blockchain technology to create a secure and private identity verification method. Horizon State is an Aussie blockchain company using the technology to ensure fair and accurate elections. Cube is an alt-coin out of Korea which uses the blockchain to prevent autonomous cars from being hacked. SureRemit is overcoming the problem of fees and unreliability for remittances to shitholes by enabling targeted remittances using blockchain. FunFair is offering a fair and transparent gambling platform with reliable returns for punters. Ethereum is already being used for smart contracts; inviolable agreements which put funds in escrow until both parties agree that the terms of the contract have been fulfilled.

Imagine car insurance which uses a streaming payment service so you only pay for your insurance while you’re in your car. Or a world without loanshark payday lenders, as peer-to-peer microloans are organised directly at much lower interest rates. Or a fridge which identifies your grocery usage pattern and orders items ahead of time which are delivered by a robot drone which can securely access your house and put the item in your fridge, just where you like it.

That’s the promise of the blockchain. Skynet for the people.

There are also privacy apps emerging which will make economic transactions completely anonymous to the authorities. This could be truly transformative. Once people can make voluntary economic arrangements outside the banking system and away from the tax authorities, we’re talking about entirely new forms of human organisation.

Of course, those same authorities will fight back, but there’s not really anything they can do about it. Unless the banksters and their political puppets resort to the use of force, this is coming whether they approve or not. The open source format of the code which is used on the blockchain means there are already developers creating these platforms. The best the empire can do to strike back is try to scare the normies away. 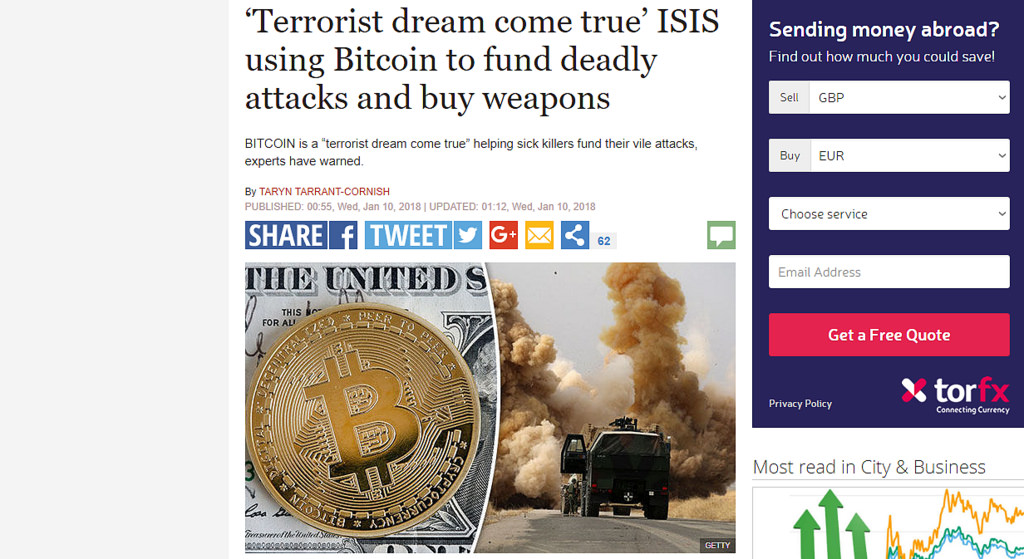 As cryptocurrency usage spreads, an alt-economy away from the global debt plantation constructed by the Luciferian banksters will emerge. Money will become ‘hard’ again, as cryptocurrencies are unable to be inflated away by central bankers to prop up their Ponzi scheme.

This will also most likely mean the end of monetary policy, as central banks will pull their monetary levers without effect. Stockmarkets will come to be seen as quaint anachronisms; why buy a dumb stock when you can buy into a token sale and get something that will actually do something for you?

All of the fields outside the hard sciences will be disrupted, including the institutions where they are taught. It’s just a matter of time before blockchain solutions for education emerge, with qualifications that won’t turn you into a raving SJW land-whale while still giving you specific, useful skills.

Those still plugged into the MSM matrix will scoff at such claims. They’ll respond that data can’t be a currency; it doesn’t exist. They’re wrong. A currency is anything that people believe has value. It has nothing to do with whether something is ‘fiat’; it’s about whether enough people believe that a currency is trustworthy enough for transactions.

Cryptocurrencies have proved that they are. They’re not going away.

Bitcoin itself plays a unique role among the emerging cryptocurrencies. Most people today transfer their dollars, pounds or yuan into bitcoin then into one of the many alt-coins. In this arrangement, bitcoin is playing the role more of a commodity or a reserve currency for the alt-economy of the future.

For now, though, the petrodollar is the reserve currency of the global imperium. It has had a few challengers such as Saddam Hussein and Muammar Gaddafi. That didn’t go well for them. 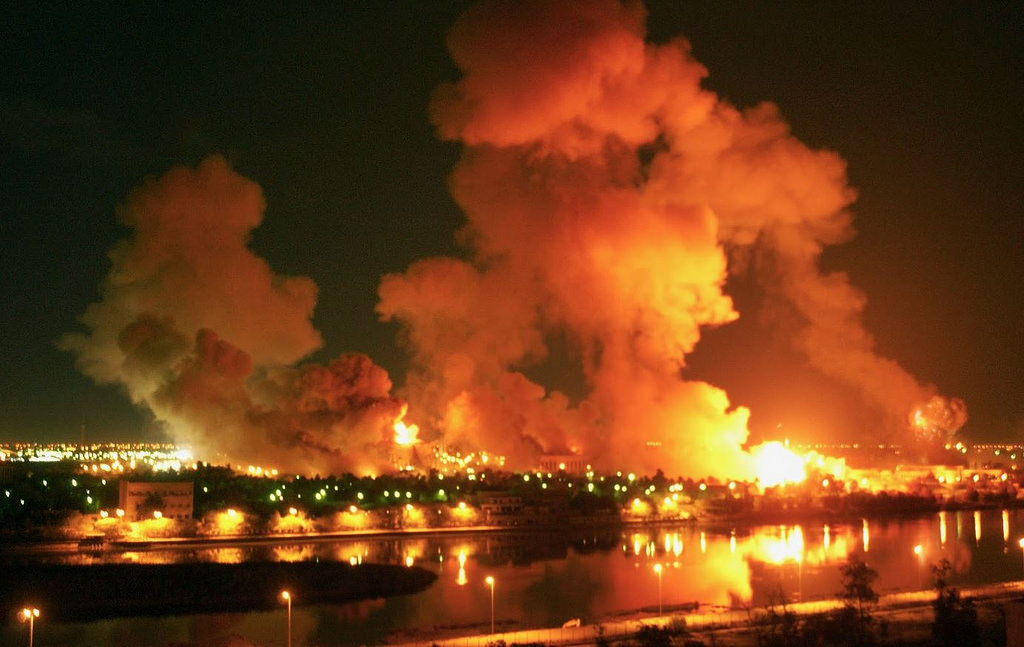 What will the globalists do when the reserve currency challenge is coming from citizens using the blockchain? 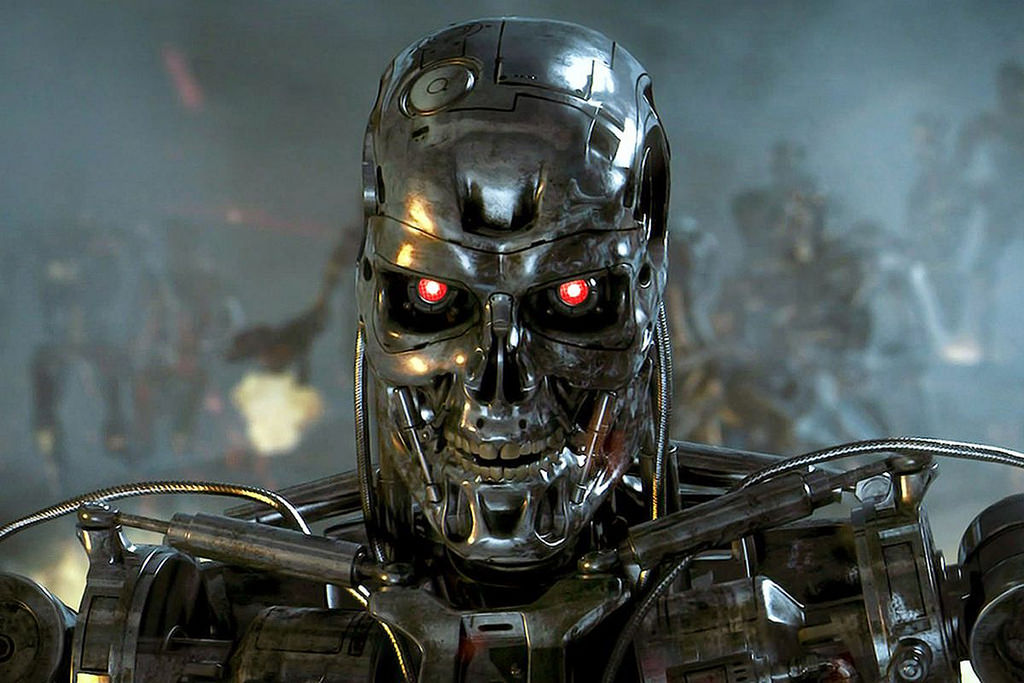