Editor’s note: This article was initially published on July 21, 2016. Given the subject of rewriting male characters as female is back in the news, we felt it was a good time for an encore: 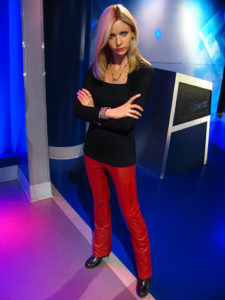 The best television show of all time, Buffy the Vampire Slayer, is about to join the ranks of a growing trend in Hollywood: remakes involving reversed gender roles. Someone who says he is Joss Whedon has told The XYZ in an interview this morning, on the pristine shores of El Salvador, that he is very excited about remaking Buffy with a male lead:

Whedon: “Hollywood has for the last few decades been making television and cinema which empowers women, presents strong female protagonists, and has normalised and promoted female concerns in the mainstream public sphere. But until now, nobody has thought to present these powerful female characters as men. It may be something that our current generation of males has never seen before – a strong, intelligent, male lead with emotional depth – so I think this is going to be groundbreaking.”

XYZ: “That’s fantastic. What will the name of the new male slayer?”

XYZ: “Great. Will you be reversing other gender roles?”

Whedon: “Of course, but we won’t be making everything completely analogous. For example, a lot of Buffy episodes tended to be Buffy doing five minutes of vampire-slaying, 35 minutes of talking about her feelings. Nobody wants to see that again. So for this version, it will be about twenty minutes of vampire-slaying, twenty minutes of hanging out with Biff’s mates, watching sports and pulling chicks. Also, we can’t really do characters like Angel and Spike as women – century-old vampires blessed with eternal youth, always brooding and feeling guilty for sins of the past, trying to find a purpose through redemption, alternating between playing nice and being distant, then violently in love with Buffy, losing a soul when Buffy loses her virginity – I just don’t think I can match that. Instead, Biff will shag a new, sexy female vamp every other episode, but she will always die, in more and more outrageous ways, just before the closing credits. We think we’re onto a winner. It’ll be like James Bond mixed with Entourage, just at high school and with vampires.”

XYZ: “You have us hooked already. What about other characters? Giles, Xander, Willow, Buffy’s/Biff’s family?”

Whedon: “Yes, I have big plans for them. Giles will become Jemima, and we are hoping to secure Victoria Beckham for the role. Jemima/Victoria will wear tweed mini-skirts. Biff will shag her in episode three, and it will be epic. After that resolution of sexual tension, she will settle into the role of mentor, and occasional booty call.

“Xander will become Max, and will quite literally be a female version of Xander. She will have a crush on Biff, which Biff never reciprocates, but Max never really gets over. Biff will continue to treat Max with an air of cold indifference mixed with occasional warmth; just like the original, it will be the ultimate string along. I liked to string the audience along in the original too, presenting Xander as the everyman, who overcomes overwhelming odds despite his ordinariness; but then I just kept heaping it on the nice guy til the last episode ever, when I killed off his girlfriend. Just as Xander finally gets a girlfriend, but has to settle for a former demon turned human who has no concept of human feelings and polite interaction, Max will have to settle for a jerk who embodies a literary device to continue her ritual humiliation throughout the series, because nobody else but Max would put up with his c—.

“Willow will be played by Milo Yiannopoulos. As people in early adulthood have been playing teenagers in high school dramas for years, I don’t see a problem with this. Milo will get all the best lines, will help Victoria Beckham figure out how to kill the latest demon, and will in time learn how to do magic. But rather than that weird hand-being-held-out-with-an-intense-look-on-the-face thing that we always like to depict witches doing, he will have the serenity of Yoda lifting the X-Wing from the Dagobah swamp.

“As for Biff’s family, broken families where the father is hardly ever there are so gen-X. I am going to give Biff a stable, hardworking and loving family, who despite a few rocky patches, always pull through. Seriously, it will blow people’s minds. We will introduce the little-brother-is-really-a-mystical-key-to-another-dimension plot twist in season five, but it will mostly involve Biff teaching his sibling how to kill vamps and bang the hot ones.”

XYZ: “Thank you. What will you do the same?”

Whedon: “Well, there will be the overlapping story arcs. The new big-bad every season who will seem all-powerful, and force Biff to develop new strength and skills if he is to defeat them. And there will often be the introduction of new characters who seem bad at first, but if Biff doesn’t kill them straight away, I will gradually soften and humanise them over the course of a season and a half, until they are ready to join the Scooby Gang.”

XYZ: “How do you plan on meeting compulsory diversity targets?

Whedon: “Milo will be seen chatting with a different black student every episode. That is as far as we will take that though, because, like, nobody cares.”

XYZ: “Are you concerned about the reaction from feminists and online SJWs to the male appropriation of a formerly female character?”

Whedon. “No. Look, I virtue-signalled to those bastards for two decades. Then I stepped out of line for just a moment, and they crucified me. Now, I figure if I am going to get slammed, then I am bloody well going to make it worth it. No more mister nice guy from me. Seriously, screw those bitches. Oh, and it isn’t finalised yet, but we are working on what we hope will be the sluttiest female school uniforms ever shown on television, so, yeah I know, that is really saying something.”

XYZ: “Good decision, Joss. Before we forget, what are you planning to do with Cordelia? Will she be played by a man?”

Whedon: “Oh, yes, I nearly forgot too. No, Cordelia will come back female, exactly the same as before. She will say a couple of bitchy one-liners, then get killed by a vampire in the first fifteen minutes of the first episode. Everyone will be happy, and then forget about her straight away.

XYZ: “I cannot tell you how happy that makes us. Do you agree that Buffy the Vampire Slayer was the best show of all time?”

Whedon: “Yes I do, but I think this remake will be even better.”

In unrelated news, Fox are planning a new cartoon series where the main protagonist is a stupid, obnoxious mother, supported by her intelligent and ever-patient husband, and a genius son who can solve complex scientific problems, and negotiate the even more complex world of adult relationships, at the tender age of eight.