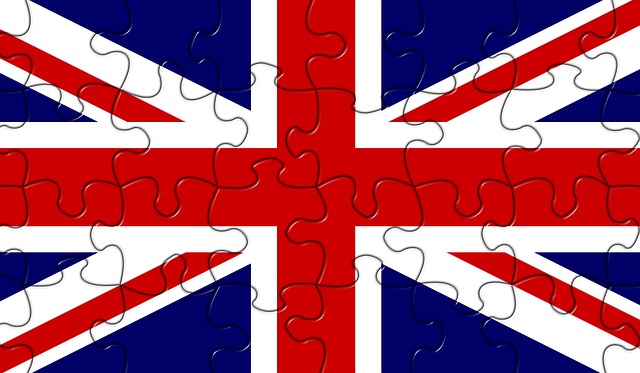 Today, the people of Great Britain will vote on what is currently the most important issue concerning their future: Brexit – whether to leave or stay in the EU. Whatever the decision, it will be remembered as a key moment in history.

The demographic reality is that native Britons are depleting in number due to their low birthrate. Meanwhile, the population of Britain is set to increase by millions over the coming decades, due to massive levels of immigration – around 350,000 a year at current levels, although this is likely a conservative estimate – and high birthrates of migrant populations. Whether by migrants from Poland or Pakistan, this amounts to a displacement of the native British population.

The free flow of people due to membership of the European Union, greatly impairs the ability of the British to control this migration. That this hasn’t been an issue to the major parties until now, and that polls indicate that the vote will be so close, shows just how badly the major parties have misjudged the situation.

Now, to head off what many are undoubtedly thinking as they read this, consider the following. Many label the colonisation of Australia, by Great Britain, as the displacement of Australia’s Aboriginal population with a British one. They label the replacement of their languages, religions, and cultures with the British, plus the frontier war which occurred in the process, as genocide. As racist. Yet it is considered racist to suggest that the displacement of the native British population, and the replacement of its language, religion and culture with another, is even occurring, let alone to call it a cultural genocide. It is even suggested that because of their history, the British have it coming to them.

It is one thing to argue that Australia should be a multiracial country. After all, it is built on immigration. One could argue that if you love freedom, free markets, and are a little bit laid back about things, you are already an Australian, it’s just that you haven’t come here yet.

So, how does this affect Australia?

Consider that the left in Australia has campaigned for years to delegitimise Australia’s British heritage. They are currently attacking the Australian flag, which bears the British Union Jack, as racist, and steadily undermining even the ANZAC legacy. If Britain is no longer Britain, all the left have to do is delegitimise a heritage which, for all intents and purpose, no longer exists.

Australia will fall. It is that simple.

Australia is still, thankfully, a multiracial country, united by a British heritage. What is this heritage? It is the Westminster system of democracy. Our legal system. Our connection to the Enlightenment. The goddam Magna Carta. There are dark moments in our past, in our heritage, which have, and still need to be acknowledged. But the fact that we have been able to create such an amazing country which people from all over the world want to come to, is a tribute to our British heritage, and should be celebrated.

The left have attempted to use multiculturalism to undermine this heritage. Despite the fact that politicians try to tell us we are a multicultural society, we are not. Not yet. But without our overarching British heritage to unite us, to act as a centripetal force which brings Australians, regardless of their colour or creed, together under a common set of ideas, multiculturalism will divide us. This of course, is the exact opposite of what we are always told. The idea that all cultures are equal can only lead, and has only lead, to the fragmentation of society into ever smaller warring factions.

This is of no concern for the left. As they state openly, they want to replace our flag with a red one.

If Britain falls, under either a red or a green flag, Australia will follow suit, to red.

But if Britain leaves the EU, it will likely trigger a collapse of the EU and a reclaiming of European identity, or at least some salvaging.

What happens tonight, one way or another, will have existential consequences.

I am ready. Either way.