Residents of Brunswick, a funky inner city suburb of Melbourne, Victoria, are baffled today as to what could possibly be the cause of a measles outbreak in the suburb popular with hipsters, hippies, and criminals.

A spokesperson for the Democratic People’s Republic of Moreland, who spoke to The XYZ on condition that we promised to listen to his new beats, strongly suggested that the measles outbreak was a result of ‘climate change’: 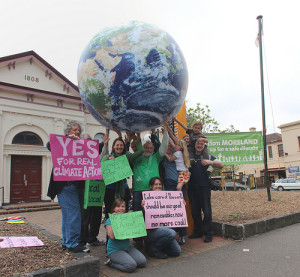 ‘Scientists have been warning us for years that one of the unfortunate consequences of climate change would be the reemergence of diseases we had once thought extinct. Clearly, this prediction is coming to fruition. I distinctly remember watching Tim Flannery talk about this on Lateline a few years ago. And. After the angry summer we have had – seriously, the temperature actually hit 40 a couple of times here in Melbourne, which has never happened before – I’m frankly not surprised.’

However, there has been some controversy amongst Brunswick officials as to the cause of the epidemic, with a spokesperson for the Brunswick school at the epicentre of the outbreak highlighting ‘subconscious racism’:

‘Clearly, this outbreak shows that we, as a country, as a people, still have a long way to go when it comes to addressing the cultural sickness that is racism, that first came to these shores when the first white men settled here. Given that we have a duty of care towards ensuring the safety of our students and staff, our community is doing everything it can to contain the spread of this infection by increasing our diversity quotas.

‘In particular, we are encouraging our preps to reach an intensified understanding of their own intersectionality. And as an extra measure, we will be burning an effigy of Donald Trump this Thursday evening after group singing, in what we hope will be a spiritual cleansing.’

Hoping to get a little more sense out of the everyday folk of Brunswick, we asked a random crazy person for his thoughts on the matter:

“Man, you gotta control your energy. I have been standing on one leg facing Dunedin for the last three days. That’s the only way we’re gonna stop the measles.”

Having finally gotten something approaching actual logic out of a Brunswick resident, this XYZ reporter put away his notepad and walked two metres to the nearest cafe to order himself a strong latte.