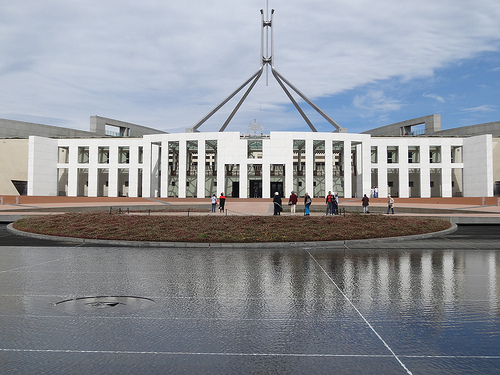 They want you gone:

“Senator Anning’s motion was condemned as “racist” and “xenophobic” in Parliament today as the government, Labor and Greens united to block it.

In a highly unusual move, the Katter Australia Party senator’s bid to launch the plebiscite was shot down in less than 15 minutes after Coalition, Labor, Greens and crossbench senators voted to prevent his bill from even being put before Parliament.

Even One Nation leader Pauline Hanson, who has also called for a plebiscite on immigration, did not back Senator Anning’s bill.

“Australia left behind the White Australia policy 50 years ago and it should remain in the past,” Labor senator Jacinta Collins told the Senate.

Greens leader Richard Di Natale, who dubbed the bill racist and xenophobic, said: “The sooner this bill is consigned to the dustbin of history the better”.

I believe that is called cultural appropriation, Dick. It’s your ideology which got assigned to the dustbin of history 30 years ago. White Australia still lives.

“Senior government minister Mathias Cormann told the Senate: “We do not want to see it proceed in any way. Australia has a proud track record over many, many years now of welcoming people from all corners of the world.”

“BOB Katter has declared his party is “anti-racist” as he revealed they were considering cutting ties with new senator Fraser Anning.

It comes after Senator Anning, an ex-One Nation member who joined Katter’s Australia Party this year, pushed for a plebiscite to ban Muslim migration and restrict non-European migration.

In an interview with Sky News, Mr Katter said Senator Anning’s rhetoric was “a problem for our party”.

“The president of the party (Shane Paulger) has expressed some very grave reservations and I’ve made it perfectly clear to Fraser Anning there’s no more going down this pathway. This is an anti-racist party,” he said.

Pushed on whether he was going to cut ties with Mr Anning, Mr Katter revealed the president had spoken to him last week about his concerns regarding the senate and they had discussed them again today.”

Cucks. All of them.

But they can’t keep us out of Canberra forever.  The shenanigans this week in the Australian parliament are just the beginning.  They represent an historic moment, when white Australia reminded its rulers that we still live and we demand that our voice be heard.

Canberra has barely had a glimpse of the Overton Window.  To the patriots still left in Canberra I say double down, escalate, increase the volume, and reintroduce this Bill every week until they relent.