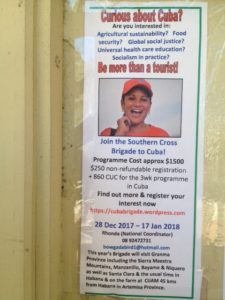 Recently I travelled to the nation’s capital to attend a reunion of my former Battalion (the Rhodesian Light Infantry). By common agreement the evening was overseen by our Company’s most formidable and popular Warrant Officer; Jeremiah Coffee Impassah. Matabele by extraction, loather of all things Mugabe, and a life long advocate for the burning in hell of communism. Known as Coffee only on account of his caffeine addiction, not the colour of his skin, which was then and remains now a darker shade of night.

‘Blinky!’ he exclaims, greeting me at the door to the Commonwealth Club’s Tier 2 Special Forces Room. (Blinky due the famous Australian koala Blinky Bill, I am an Oz citizen through my mother.) We join in a manly hug, and I only just escape with my life. Coffee is not just a man of character, but brute in physical strength as well. The evening is a delight, and we all end up wonderfully pissed on vintage Angolan rum, pilfered from the stocks of the local South African embassy.

The next morning I wake up on the lounge room floor of the Impassah family home, suitably refreshed. After a quick breakfast we travel to the inner-Southern suburb of Narrabundah for coffee at an establishment run by an Australian of Chinese extraction who, sick of the heritage & planning idiots in Sydney, moved his business to Canberra (Editor: unusual that, yes?). The coffee is excellent, we reminisce about our time together in the field, our families, and the general state of affairs in the West. After we take a stroll around the local shops where we find the advertisement as featured above. It gives us pause for thought.

Could people in Canberra be this stupid? Cuba, a repressive state of somewhat extreme political authoritarianism, denier of basic freedoms, exporter of terrorism, and most notably a wrecker of its own national economy. Not exactly a kind of tourism paradise, but then again as noted, this is Canberra. Ignorance and gullibility are the norm. A thought occurs – could we cause a little mischief? Quick as a jiffy we invent a would be traveller under the cover of ‘Bert Herbertson, long time Tasmanian State Rail employee, union organiser, Communist Party mainstay, and life member of the Tasmanian Workers Collective.’

‘Bert’ has been careful with his money and has some funds available. ‘He’ would love to make the trip, but sends an email in asking, ‘might there be some government assistance available?’ Feeling like silly schoolboys we head back to the cafe for another coffee (which really is excellent) and expect to hear no more, but within five minutes there’s a ‘ping’ on my phone with a return message. Assistance, it seems, is available, especially for such a venerable individual as the make-believe Bert. The ACT Government has a ‘travel to Cuba’ grants fund for former government workers of particular standing. The Department of Foreign Affairs and Trade also has a ‘travel friendship initiative fund’ (whatever that is) which will pay up to $500 of Bert’s travel costs.

The trip organiser is excited about ‘Bert’s’ interest, and hopes he will make the trip as he will be in good company. We cannot help ourselves and send a word of thanks for the funding tips, and gently inquire as to the background of those others making the trip. Are most of them public sector workers? Another warm response is received again quickly. ‘Oh yes of course Mr Herbertson – everyone going is an Australian public servant, either current or retired – and not just workers, but senior management as well. We’re sure you understand that we are the group of people from this country most likely to appreciate the wonders of Cuba.’

But of course you do.

This article was originally published at the Barbaria Politica website, https://barbariapolitica.wordpress.com/.