Over the last 20 odd years here in New Zealand, our politically correct infused public sector and local governments have been openly censoring our history, particularly our military history.

I first became aware of this 19 years ago when a statue was erected of World War Two hero Charles Upham who was awarded the Victoria Cross (VC) twice.

The first VC was won when Upham:

“Blown over by a mortar shell, he had a shrapnel wound in his shoulder and a bullet in his foot. Even with these wounds he managed to destroy a number of enemy posts, he rescued a wounded man while under fire. He went behind enemy lines, where he killed twenty two German soldiers while leading out a platoon.”

And the second VC:

“Captain Upham, during the engagement, himself destroyed a German tank and several guns and vehicles with grenades and although he was shot through the elbow by a machine gun bullet and had his arm broken, he went on again to a forward position and brought back some of his men who had become isolated.”

The statue that was erected in Amberley, Canterbury has Upham in the pose of a man poised for action, the only problem being he is not holding his Thompson submachine gun, Lee Enfield rifle or even grenades. All he has is a pair of binoculars – they might as well have given him a bunch of flowers.

I remember the disappointment I felt in ’97 when I first saw the statue, because our war hero wasn’t given his weapons – the tools of his trade.

Back then I was a simple lad and wasn’t aware of the Left or Right or the evils of a PC culture seeping into our society, but I do remember hearing something about the decision not to include the weapon was done on purpose – something along the lines of not wanting to glorify war. That struck me as odd at the time because he wouldn’t be a war hero if it wasn’t for his weapons.

More recently a statue was erected in a park in central Christchurch of another VC winner, Sergeant Henry James Nicholas. Interestingly, it was made by Mark Whyte, the same sculptor as the Upham statue, and again this hero has no weapon. Here is the reason given by the Returned and Services’ Association for excluding the gun:

“The Park of Remembrance is not designed to glorify war, hence Nicholas is not carrying any weapons, rather to ensure that we consider the loss and effect that war has on those that serve and those left waiting at home.”

This is censorship of our past. When we look at statues erected to commemorate war heroes, the weapon they are wielding tells us about the individual and the time frame they come from, for example William the Conqueror hoisting his spear, or Robert the Bruce with his axe in his hand and broadsword at his side. If Charles Upham had his Tommy gun in one hand and a grenade in the other the viewer would understand a lot more about him and his deeds.

This is all very frustrating and sadly to be expected in the current Politically Correct, Left-wing SJW society we have created. We on the Conservative Right are just as guilty of this because we have let it go unchecked and unchallenged for so long.

Going to my local museum last week, a place of science and therefore truth, I didn’t expect censorship, but I was to be disappointed.

The Canterbury Museum has a World War One exhibition called Lives Lost, Lives Changed. I visited this because I have an interest in military history, but to my disgust there was not a single firearm on display. They even had full uniforms but without the guns. 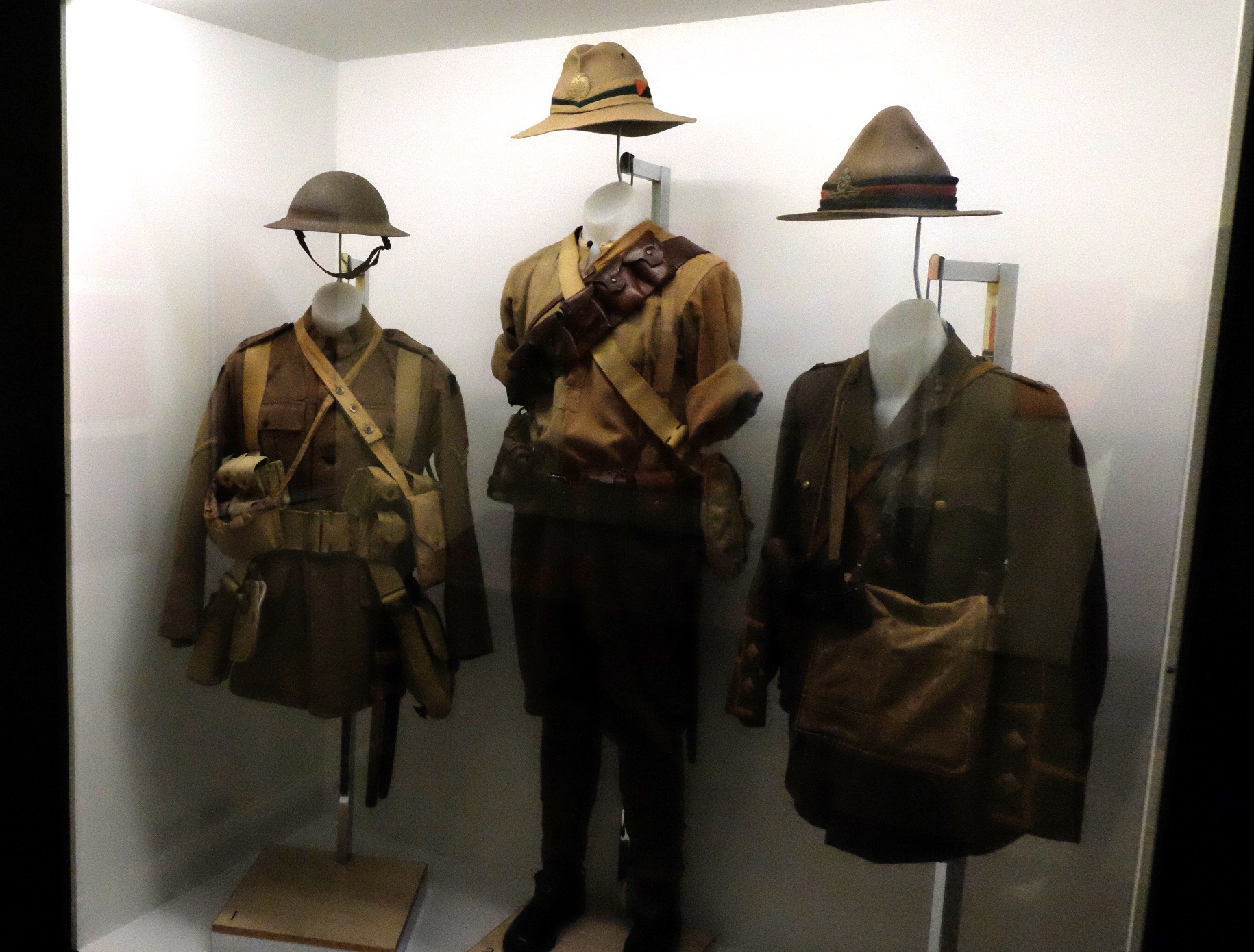 This seemed to be a conscious decision made by the museum management to exclude firearms, How are kids or adults supposed to learn about the horrors of war if they are denied the chance to see the instruments that inflicted the carnage?

I was annoyed enough to write to the museum and ask how the decision was reached not to have weapons on display in a war exhibition. This is the reply from Jill Haley, the Curator of Human History:

“While planning the exhibition, the Museum consulted with a range of members of our community. They expressed some fatigue with the many exhibitions that present the battles and warfare aspect, and they instead wanted to hear about different experiences and stories closely connected to Canterbury people. As it happened, none of the stories we told needed weapons.”

What sort of curator of a war exhibition chooses stories that don’t need weapons? It is like having a history of photography exhibit without cameras on display.

In my view, the Museum has a social agenda and is censoring our past. A museum is a place for learning and facts – if they feel they need to delete information from our past then they shouldn’t be called a Museum.

These men we honour for serving our country killed, maimed and engaged in violence against other human beings, this is what war is and thank God there are men willing to do these things for what we believe in and the freedom we enjoy. Removing firearms from statues and exhibits dishonours their memory and is insulting to us.

If the public sector can so openly censor history, I shudder to think what is taught behind closed doors at schools and universities.

This ability of the PC Left to think they have the right to dictate how our history should be remembered shows their true sycophantic nature. They deem weapons to be offensive to our delicate selves, believing they are protecting us from a nasty past, so in our ignorance, we won’t repeat the same mistakes. However as any free thinking person understands, the opposite is true, as George Santayana said: “Those who cannot remember the past are condemned to repeat it.”

The only way to go forward without blindly repeating history is to understand our past. No matter how violent and unpleasant that past may be, we must know the truth and facts without this nanny state style protection and censorship.