There are three things evangelical Christians love more than anything else in the world. A good spread after the service, Chris Tomlin hour on the radio and sharing memes about how all those filthy subhuman Palestinian terrorists need to die.

Now it all makes sense

Such a light unto the nations.

I stand with God’s chosen race! There’s no place for those racist Nazis who hate God’s chosen. They’re just jealous of the Ashkenazi racial superiority.

Be there. Stand against leftist/islamic Jew hatred and jihad.

Hating Muslims is big business. There’s a river of shekels ready for any content creator who stands with the smartest people in the world.

And a river of oil, too; enormous natural gas reserves in the Eastern Mediterranean and oil deposits in Syria’s Golan Heights will ensure that God’s own ethnostate will be a secure imperial power once Greater Israel is established over the Middle East.

So you can even buy shares to make Jesus come back!

Aren’t we supposed to worship someone else? 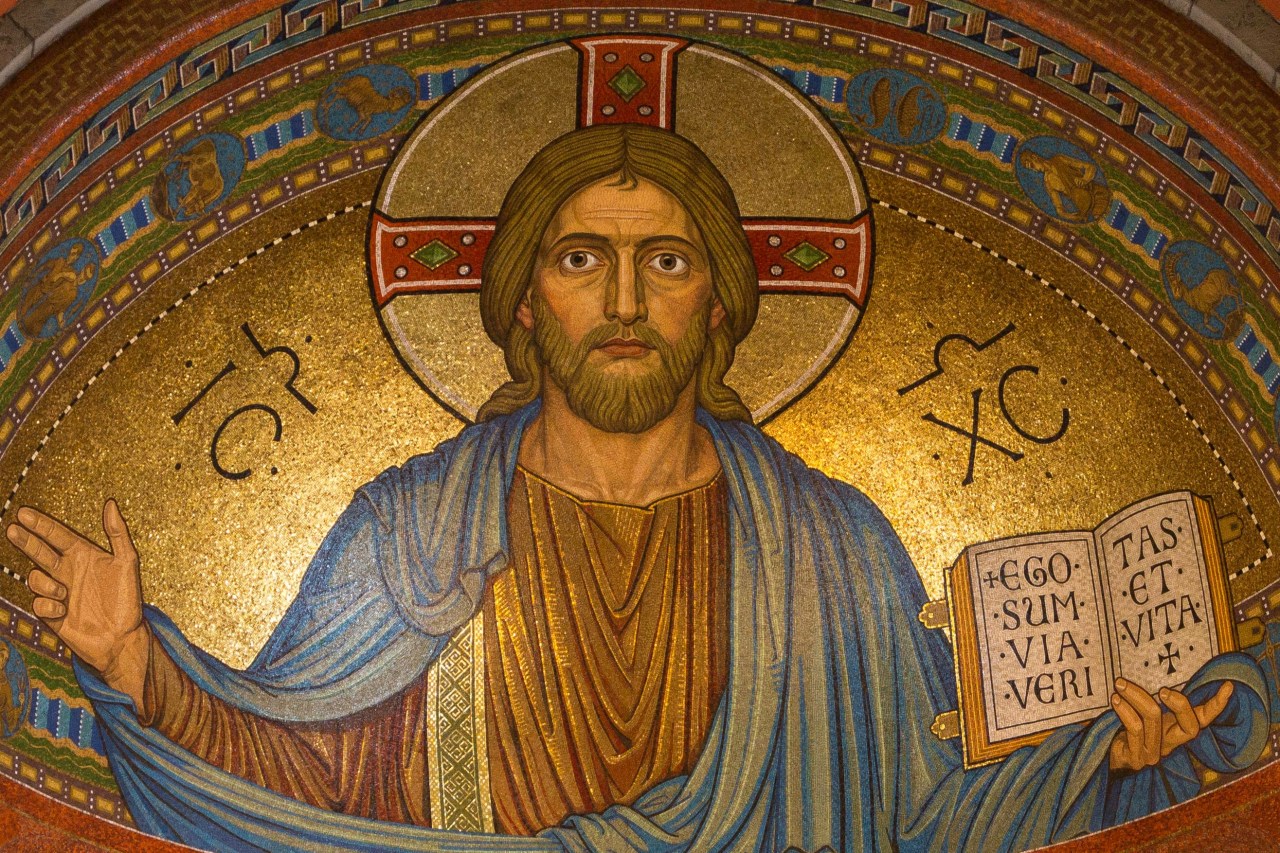 It’s no surprise to me, however, that Bible-believing Christians have come to worship the group of people who call themselves Jews today. That’s because Christian Zionism ultimately goes back to one primary theological deception based on the promises made to Abraham by God in Genesis.

And the angel of the LORD called unto Abraham out of heaven the second time, And said, By myself have I sworn, saith the LORD, for because thou hast done this thing, and hast not withheld thy son, thine only son: That in blessing I will bless thee, and in multiplying I will multiply thy seed as the stars of the heaven, and as the sand which is upon the sea shore; and thy seed shall possess the gate of his enemies; And in thy seed shall all the nations of the earth be blessed; because thou hast obeyed my voice. (Genesis 22:15-18).

Every evangelical pastor in the world will tell you that, because the seed of Abraham is the Jews, all of the promises that God made to the Jews throughout the old testament apply to the Jews today. This is the basis for all Christian Zionist teaching, and for the support of the state of Israel enjoyed by the conservative right in the West.

And it’s a lie. In fact, there are three lies in that belief. Let’s go through each.

The first lie of Christian Zionism: That God promised the land to the physical descendants of Abraham.

No Christian would fall for this if they read the Bible for themselves instead of leaning on crooked pastors. God knew that this deception would come upon his people in the Last Days, and so he provided multiple Bible verses for those who seek unpopular truth over popular lies.

Now to Abraham and his seed were the promises made. He saith not, And to seeds, as of many; but as of one, And to thy seed, which is Christ. (Galatians 3:16)

Let’s take another look at that, to make sure we understood it correctly.

Now to Abraham and his seed were the promises made. He saith not, And to seeds, as of many; but as of one, And to thy seed, which is Christ. (Galatians 3:16)

I think that’s pretty clear. We Christians can be dull, however, so God put it in some other places too.

The Christian Zionists, and the Jewish bankers who first funded them, have turned God into a racist real estate agent so that a group of people whose religion he hates can take billions from believing Christians to fund the destruction of the Middle East and the creation of the anti-Christ’s empire.

The devil must really get a chuckle out of that.

The funny thing about this lie is that it doesn’t even make sense according to its own logic, if you only think about it. Abraham had two sons, Isaac and Ishmael. According to tradition, the Arabs are descendants of Ishmael. The Arabs and Jews even share Abraham’s tomb.

Abraham’s tomb in Hebron, split between a synagogue and a mosque. View from each side (bulletproof glass in between): pic.twitter.com/x7uVtvS88x

So wouldn’t the land belong just as much to the Arabs?

The second lie of Christian Zionism: That the people who call themselves Jews today are the inheritors of all that was promised to ancient Israel.

The Old Testament covenant was made by God between himself and twelve tribes of Israel. Judah was one of those. Due to idolatry and rebellion against God, ten tribes were taken captive by the Assyrians and dispersed. Only Benjamin and Judah remained, until they, too, were taken captive by the Babylonians. Some of that group returned to rebuild the temple, and eventually came to be the people called in the New Testament ‘the Jews’.

That group was then dispersed by God in 70 AD because they murdered the messiah sent to redeem them. They were itinerant ever since.

Now we’re led to believe that the people who identify as that group are biological inheritors of the promises to ancient Israel, three thousand years ago?

That’s 150 generations. If you go back that far, everyone to the West of the Ganges would qualify as Jewish. And once you include the ten lost tribes of Israel, everyone in the Middle East would qualify as an Israelite. It’s dumb.

In Revelation (2:9, 3:9) Jesus warned us to beware of those who call themselves Jews but are not during the church age. He called them a synagogue of Satan.

The third lie of Christian Zionism: That the people who call themselves Jews today are all from the Middle East.

Nope. Ashkenazi Jews in particular are from Eastern Europe. They are descendants of the medieval Khazars, who converted en masse in the ninth century AD. Zionist editors on Wikipedia work hard to hide this truth, but the proof is undeniable. The Ashkenazim are Europeans, not Middle Easterners, and share as much DNA with the ancient Israelites as the Irish.

Hebrew was a dead language until the nineteenth century, when Rothschild-funded Zionists recreated the language. Most Jews spoke the languages of the various communities they lived in, and the European Ashkenazim spoke Yiddish. Yiddish in a Germanic, not Semitic language.

If these people truly did migrate up mysteriously after the fall of Jerusalem, why did they create their own European language? That makes no sense. It is as if a group of people in modern Rome started wearing togas, sacrificing animals and speaking Latin then declared themselves the ancient Romans. No wonder Jewish supremacists laugh at the stupidity of us goyim.

Not only are Ashkenazim not Israelites. They’re not even Jews. But saying that is ‘anti-Semitic’. What a farce.

Not only are Christian Zionists deceived about the nature of the people who today call themselves Jews, but they are hopelessly ignorant about the religion of Judaism. Ask any evangelical today what Judaism is, and they’ll quickly explain that the mistake of the Jews is that they only read the Old Testament and ignore the New.

Wrong again. As I’ve written repeatedly before, Judaism is not based on the Torah and Tanakh. It is based on the Babylonian Talmud, which is the compilation of the oral law of the rabbis which Jesus condemned. It is literally the spirit of anti-Christ put to paper, and the blasphemies in it are worse than those in the Quran. It was written by the same priestly class of Pharisees who murdered Jesus, and they’ve been wanting to murder him again ever since.

Unfortunately, most Christian Zionists will still refuse to reconsider their attitude toward the people who call themselves the Jews. The deception is too great. When Jesus was talking about the time just before the end, in Matthew 24, he didn’t warn us about tribulation. He said that will come, and he would give us the grace to endure it.

He warned us about deception.

But this isn’t just a matter of deception and false religion. It is a matter of life and death for the West. Expansionist Israel’s top strategic priority is to topple Teheran and turn Persia into rubble, as it did with Iraq, Libya and Syria.

This financial control over Congress is bolstered by Israel’s spiritual hold over the most politically powerful demographic on the planet: conservative American evangelicals.

And Israel controls them because of Satan’s great End Times deception of the Church: Christian Zionism.

Jesus told many parables relating to the time just before his return. One of them, the parable of the ten virgins, emphasises that many who think they will be taken to be with him, won’t.

Then shall the kingdom of heaven be likened unto ten virgins, which took their lamps, and went forth to meet the bridegroom. And five of them were wise, and five were foolish. They that were foolish took their lamps, and took no oil with them: But the wise took oil in their vessels with their lamps. While the bridegroom tarried, they all slumbered and slept. And at midnight there was a cry made, Behold, the bridegroom cometh; go ye out to meet him. Then all those virgins arose, and trimmed their lamps. And the foolish said unto the wise, Give us of your oil; for our lamps are gone out. But the wise answered, saying, Not so; lest there be not enough for us and you: but go ye rather to them that sell, and buy for yourselves. And while they went to buy, the bridegroom came; and they that were ready went in with him to the marriage: and the door was shut. Afterward came also the other virgins, saying, Lord, Lord, open to us. But he answered and said, Verily I say unto you, I know you not. (Matthew 25:1-12)

This isn’t referring to the unbelievers and the church. All of the virgins were invited to the wedding. This is talking about the church; and all of them are asleep just before the Lord returns. Jesus is telling us that, just prior to the Second Coming, all of the church is asleep. The difference though is that half the church has oil in their lamps, and half don’t.

In ancient times, the oil used for lamps was most often olive oil. It was extracted through pressing the olives. The oil symbolises faith, which is developed through patient endurance of being squeezed by the enemy.

When the ten virgins become aware that the time is near, it is too late for the five foolish ones to get some oil. They’ll be left behind. Jesus is telling us that, when the Third Temple is built and the church becomes aware that Daniel’s 70th week is at hand, half the church will have been so worldly and so complacent that they will not be raptured. They will have to endure God’s wrath along with the unbelieving world.

Don’t be one of them. Come out of the world. Endure.