Let’s wind the clocks back a few thousand years.

“Now when they had passed through Amphipolis and Apollonia, they came to Thessalonica, where there was a synagogue of the Jews. 2 And Paul went in, as was his custom, and on three Sabbath days he reasoned with them from the Scriptures, 3 explaining and proving that it was necessary for the Christ to suffer and to rise from the dead, and saying, “This Jesus, whom I proclaim to you, is the Christ.” 4 And some of them were persuaded and joined Paul and Silas, as did a great many of the devout Greeks and not a few of the leading women. 5 But the Jews were jealous, and taking some wicked men of the rabble, they formed a mob, set the city in an uproar, and attacked the house of Jason, seeking to bring them out to the crowd. 6 And when they could not find them, they dragged Jason and some of the brothers before the city authorities, shouting, “These men who have turned the world upside down have come here also, 7 and Jason has received them, and they are all acting against the decrees of Caesar, saying that there is another king, Jesus.” 8 And the people and the city authorities were disturbed when they heard these things. – Acts 17”

These early Christians had no power, no money, no votes, no influence, and most importantly, no social media. This was not the slightest hindrance to them, as they proceeded to overrun the Roman Empire while treading on the toes of virtually everyone who had a financial, social, emotional or sexual stake in the existing societal status quo. Furthermore, they did so with an ideology that placed virtually infinite temporal liability on its adherents while promising absolutely no temporal advantages of any nature.

I mean, what happened? 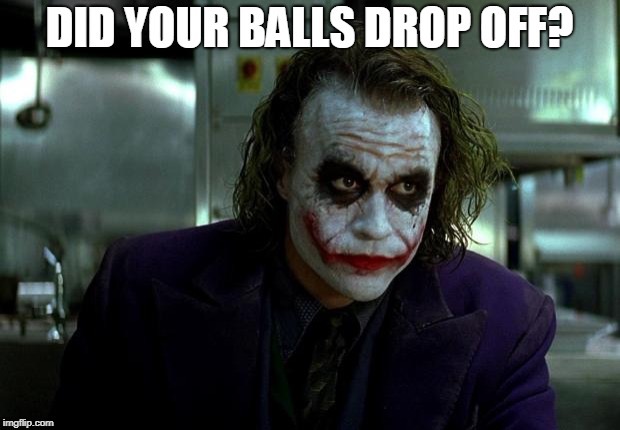 The Church is in a state of abject decline. It is possible to point to a wide variety of symptoms, but the only possible explanation is that, at some point, our balls did indeed drop off. Feminism is cancer, but most women can’t fight their way out of a paper bag; if men with balls had decided to stop feminism, they most assuredly could have done so. You can blame the Jews, but Jews have never been more than a tiny minority in our societies; if men with balls had decided to stop their alleged Bolshevist tendencies, they could have done so easily. You can blame the pill or the welfare state or the state or the constitution or the FUCKING NON-WHITE MALES or maybe even the FRIKKING GAY FROGS, but the truth is that men with balls could have put a stop to any of these things at any time.

Adam Piggott can blame the lack of speech regulations for the decline and argue against the ideal of free speech, but the Church completely crushed the Roman Empire in a culture war with all the speech regulations stacked against them. The fact that speech regulations are stacked against us now is not to blame for the decline. No piece of legislation is worth the paper it’s printed on. Laws are only as strong as the men with balls who enforce them. If a civilization lacks men with balls, then no amount of legislation can protect it from invasion at the hands another ideology and/or race of men who haven’t completely forgotten how to sacrifice themselves for a perceived greater and higher calling.

Also – if our current predicament is, as Piggott argues, due to the church having “not been protected from malicious speech for over 50 years”, precisely what anti-speech laws were in place before 1970 to protect the church? Was the existence of such laws completely scrubbed from the history books to such an extent that someone as literate as I could be entirely unaware of it? Are we really to believe that the repeal of such laws would not be a cultural milestone incessantly celebrated and memorialized by ‘our’ gAyBC? Or is it the case that Piggott is surreptitiously manufacturing history on an ad hoc post hoc basis? Either way, I would like to know. 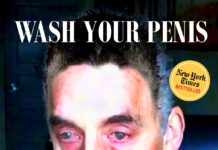