You thought that was a clickbait headline, didn’t you?

How wrong you were, bucko…..It’s science.

Not the fake news type of science that gets you a six figure salary as a “climatologist” in Canberra.

This is real science. Dangerous science.

The type of fact-based science that tyrannical regimes like that in our bush capital don’t like, because it threatens their power.

As in the era of Copernicus and Galileo, we live in a time when the regime ruling us has made certain truths illegal. Utter them and watch out.

Nowadays, our educated inner-urban elites laugh at the superstitious peasants for burning witches back then.

“How barbaric! How unenlightened!” they exclaim. “Now darling do hurry, I’m late for my abortion and I have to be back in the office by one to give a presentation on gender fluidity”. 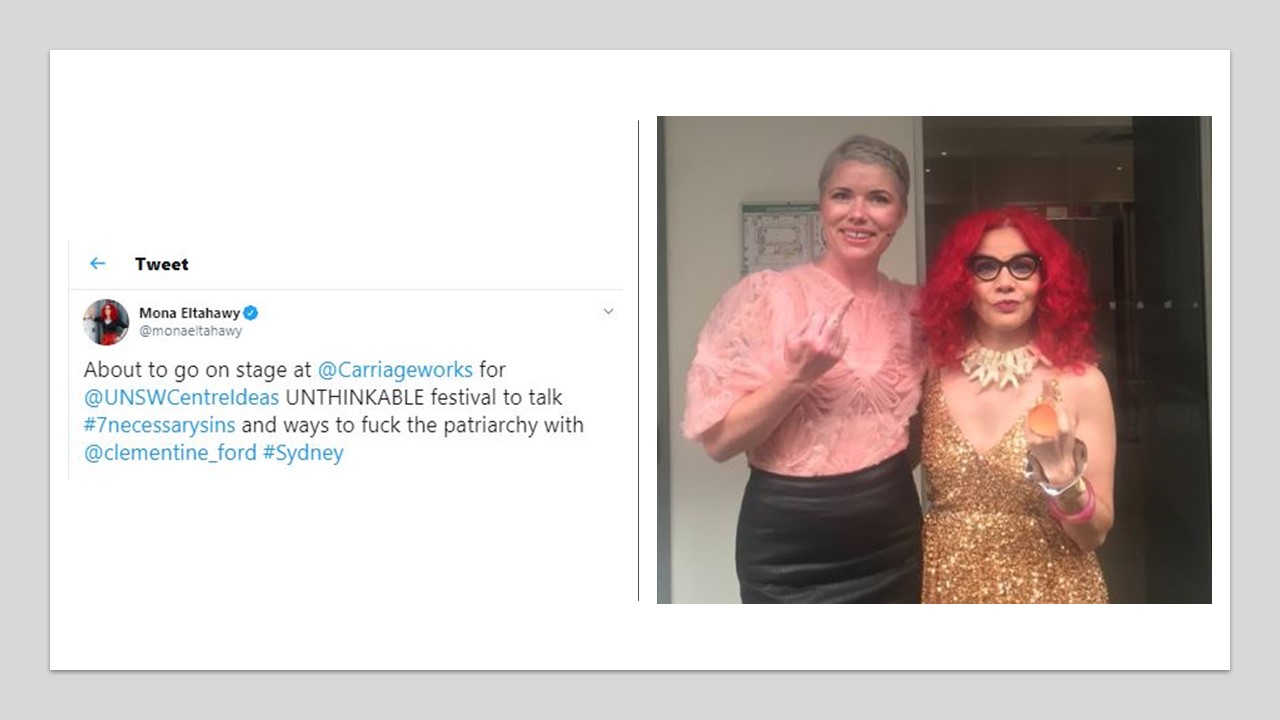 The thing is, those torch-wielding peasants were onto something.

If you don’t burn your witches, eventually you get a generation of Monas. Or Yassmins. Or Clementines.

She turned me into a newt…..but I got better.

Don’t take my word for it, though. I’m not a scientist, after all. This heretical scientist can tell you all about it.

Oops, that looks like it’s been censored. Try this one, it is similar.

It’s a top-notch talk. Pickering Post contributor Dr Frank Salter even gets a shout-out. If you don’t have time for the whole thing, here’s a precis.

(Apologies to all you PP old timers dismayed that this bloody rag now has wankers using poofter words like ‘precis’. Sorry not sorry).

Dutton’s work focuses on how IQ and other traits change over time in human populations in response to the environment. It’s related to the now-banned study of eugenics.

If that word gives you the heeby-jeebies and makes you think of Hitler, maybe you’ve been listening to too many witches.

We all know a beagle isn’t a Rottweiler.

As an owner of two of them, I can confirm that if you release the hounds on an intruder and they happen to be beagles instead of Rotties – you’re not going to get the result you want.

If you deny that there is a genetic basis for that difference in behaviour, you’re just making stuff up in your head to feel nice, and you’re doing that because you’ve been bewitched by the frightbat crones of the postmodern left.

Dutton’s work is part of a body of evidence which indicates that, in each generation, there are a given amount of ‘spiteful mutations’; defects, basically, which if left unchecked will reproduce themselves and reduce the genetic health of the population as a whole.

He provides a whole bunch of evidence to prove his theory. It certainly works to explain what’s happened to our once-noble race.

What’s relevant to us is that IQ in Britain peaked around 1850 and has been declining rapidly since.

If you look at the history of the industrial revolution, this bears out.

Back then, Brits were basically inventing the modern world while conquering the known world. Now, the average Brit can’t even find the urinal at his local after 5pm. It’s the same trend across the West.

This decline in IQ, and the rise of more and more genetically inferior mutants screeching for equality and the end of the patriarchy, is what is driving our civilisation into the ground.

We are victims of our own success because by largely eradicating disease and redistributing resources from the worthy to the unworthy, we’ve fed the witches and now they’re everywhere.

Having had a Christian culture which operated by live and let live rather than petty nepotism, we created a free market in human quality in the West.

By applying capital punishment to the most criminal elements of our societies over the centuries, and shutting down the influence of anti-social, low value females by shunning, shaming and burning them, we genetically culled the bottom of the herd.

Also allowing the successful to keep their wealth and have more children, we enabled eugenic pressures to operate over time. We created the most successful civilisation in human history.

It will be remembered as such as it dies, which it is doing, rapidly.

The collapse is well and truly underway.

So, what can we do, if we wish to save what’s left of Western civilisation on this great southern continent?

Well, we could start with the witches…

In completely unrelated news – David Leyonhjelm has just been forced to pay Sarah Hanson Young 120 big ones for saying mean things to her – and it isn’t even Halloween yet. 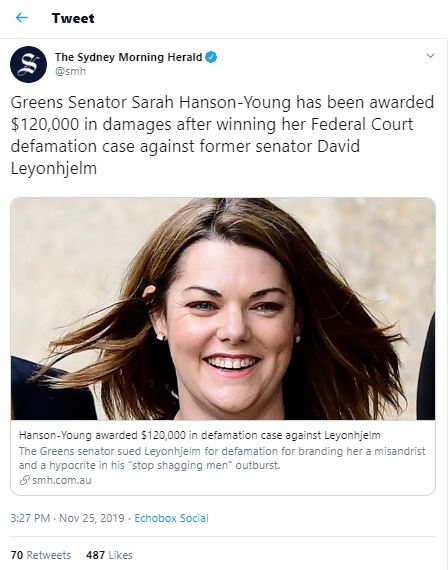