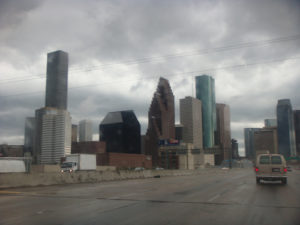 Suspicions that Climate Alarmism fills the void of religion for left leaning atheists were confirmed again today with this staggeringly insensitive piece in the Sydney Morning Herald. Eight are dead so far. Tens of thousands are homeless. And if the Herald is to be believed, the blame lies squarely on…the good people of Houston.

No, God didn’t smite them over Confederate era statues, though I’m surprised the media haven’t leapt on that one as well. This piece expects us to believe that local industry having the audacity to exist literally caused a vengeful hurricane.

In yet another case of a non-scientist telling the rest of us how ‘the science is settled’, journalist Peter Hannam muddies the waters between science and theology in a way that even Church of Scientology founder L. Ron Hubbard would find a bit rich.

Hannam even draws the long bow that:

‘Although ExxonMobil is headquartered in another Texan city, Dallas, it bases many operations in Houston. The company has picked Houston to host a sprawling new campus north of the city that will reportedly house 8000 employees.’

For a movement that is allegedly so beholden to science, Climate Alarmism seemingly has no qualms whatsoever wandering off into theological territory, and this piece by Peter Hannam reads very much like Revelations.

Scientific data aside, Climate alarmism shares so many of the same tropes as organised religion and bi-partisan politics, that it is now impossible to accept fire and brimstone articles like this one at face value, or with any level of credulity.

It’s your XYZ.Photo by Todd Dwyer