Editor’s note: This article was originally published on May 15, 2016. One of my better attempts, I thrash out the idea that European identity is based on both one’s nationality, and one’s European identity, but oppose attempts by socialist EU bureaucrats to base it on deliberately vague notions such as “inclusiveness” and “diversity”. Now that I understand that this is a key question being unpacked by white nationalists at the moment, whether by reasoned argument, or the far superior form of argument – meme – I could say this is my answer to the question: “Do white people define themselves by their nationality, or simply as white?” The answer to me seems obvious: both. This is something I intend to expand upon in the near future. For now, enjoy, and please let us know what you think in the comments:

2016 appears to be a watershed for Europe and the EU. Ordinary people and national parliaments are rebelling against the undemocratic demands of the EU, and the moral force of ‘progressive’ media and elite opinion attempting to socially engineer a concept of European identity which simply does not exist. This push for individual and national liberty is coming from two countries in whom some of the earliest (at least in modern times) seeds of democracy and national liberty were sown – Great Britain (of whom I am very proud,) and Poland, (along with several other Eastern European countries whose recent experience of domination by a foreign, socialist government makes them wary of another bout of foreign servitude.)

There are many good reasons for these countries to want to leave the EU: maintenance of national sovereignty i.e., the ability of a country’s people to decide what they actually want for their country; economic and fiscal flexibility to avoid the economic collapse experienced by Greece; the ability to decide who enters the country, and determine what the ethnic, religious and cultural identity of the country will be, i.e., the actual, continued existence of one’s nation in any meaningful form.

Against this are arrayed a range of tactics which essentially boil down to one argument alone – if you want to leave the EU, you are racist. As I have argued before, it is tragically ironic that the idea which gave Europeans, indeed the world, the strength to fight for their independence, whether it be from colonialism, national socialism or international socialism, was the idea that people who shared a common national identity deserve to live independently in their own state – i.e., nationalism – but that this nationalism was instead blamed for the conflicts of the twentieth century. National Socialists were nationalists, claim the socialist politicians, academia and elite, therefore expressing one’s national identity is equivalent to genocide. The socialism of national socialism, let alone the communist Soviet Union’s role in starting WW2, is ignored, and Europe’s people are Godwin’s Lawed out of existence.

If I can briefly examine one aspect of the way in which this deliberate subversion of Europe is being carried out, it is the way in which the understanding of what it is to be “European” is being altered. Whereas once Europeans could point to their country’s or region’s culture – song, dance, dress, food – or their historical connection to their national or regional borders, their ethnic identity, or hell, even their Christian religion, these fundamental concepts of identity are being replaced by deliberately vague concepts of “openness,” “tolerance,” and everybody’s favourite, “diversity.” To base one’s European identity on the afore-mentioned concepts are, yup, racist.

What Europe is experiencing, through increasingly undemocratic EU government, the inability to stem the flow of “refugees” carrying the abominable ideology of Islam into Europe, and the perilously low birth rate among ethnic Europeans, is the determination of the EU’s ruling class to define European-ness as “tolerant” and “diverse” until there are no actual Europeans left.

It is thus not racism, but the desire for the most basic human right a human has – the right to life – which is driving the people of Britain and Eastern Europe to turn their backs on the suicidal European Union. 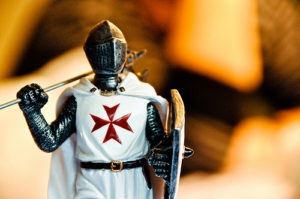 But there is indeed a common sense of European identity which is re-emerging in Europe. It has existed before, and united Europe in repelling threats to its existence, whether it was against the national and international socialists of the twentieth century, against the Mongol hordes in the previous millennium, during the 1400 year long existential struggle against the Islamic Caliphates; the drive to transplant European civilisation throughout the rest of the world, a drive which has proven, on balance, to be for the better; and the drive through the resultant Renaissance and Enlightenment to seek freedom for all people of the earth.

This common sense of European identity is indeed based on the concept of diversity – a diversity of nation states, with a very clear understanding of what it is to be British, or Polish or Dutch or Austrian, who despite all their often bloody differences, have a strong enough sense of their common identity based on their belonging to the West, to Christendom, to Europe, that they know where they stand when it really matters.

This is why we are seeing a common thread in the use of iconography by people across Europe – their national flag, the cross, the Crusader, by people who believe that their individual national identity, and common European identity, matters.

Ultimately, the primal desire to perpetuate one’s own genes’ existence, combined with the more visceral imagery of European patriots, will prove more compelling than the bland language of “diversity.”