In breaking news, the Australian government has confirmed it will take in an extra 12000 Syrian refugees, to be issued permanent visas, on a one-off basis over and above the current intake of 13750, with a focus on ‘persecuted minorities.’  There will be a boost to foreign aid of $44 million, expected to go to UNHCR to assist Jordan in supporting the many refugees on its soil. 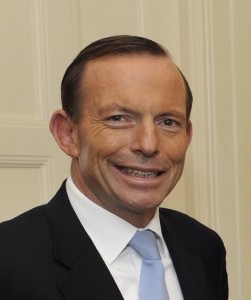 It is also good that the Abbott government appears to be listening to its constituency, who are concerned about the plight of Christians and other persecuted minorities throughout the Middle East.  It is good that the Abbott government has not been swayed by predictable howls from the left, the most hysterical, yet predicable, coming from Greens leader Richard Di Natale, who stated, this has “more than of whiff of the White Australia Policy about it.”  There is so much to say about this comment and the mindset it reveals, but I will limit it to this:  This statement is the height of bigotry and disconnection from reality.

It is also good that the government has opened the path to extending airstrikes against ISIS to its heart, and the heart of the current refugee crisis, in Syria.  It is important that Western powers do not abandon the idea that they are able to influence events in the Middle East, even if it means risking the lives of our military personnel.  It is important that we, as a part of the West, continue to accept that we have a role to play in the Middle East, and that role can be for good if we are prepared to back up our actions with the resolve to stay there.

We cannot afford to make the same mistake again with regard to Iraq – far from causing the mess when we invaded in 2003, this mess has been caused by Obama’s abandonment of Iraq.  When he pulled US troops out of Iraq in 2011, Obama failed to negotiate a status of forces agreement which would have allowed a standing force to ensure security in Iraq.  Combined with the failure of Western powers to intervene in what was initially a democratic revolution in Syria, and compounded by Obama’s backtracking over the ‘line in the sand’ regarding the use of WMD, this created a power vacuum in Syria and Iraq, which ISIS was able to fill.

Finally, the generosity Australia has shown today has only been possible because of the tough stance it took on border security.  This tough stance stopped the flow of boats in the 2000’s under the Howard government, and resulted in Australia having the largest intake of both immigrants and refugees in its history.  When it was relaxed under the Rudd-Gillard-Rudd Labor government, people were encouraged to undertake the risky journey to Australia by leaky boat, and over a thousand people drowned as a result, as well as Australia having to divert resources away from processing immigrats and refugees along official channels.  Now that the Abbott government has regained control over its borders and stopped the flow of boats, and the resultant deaths at sea, we are once again able devote our attention to helping people come to our country through official channels, with appropriate checks and balances, and with close attention to how we will accomodate them and how they will be able to integrate into the community.

We hope that Europe can make the difficult decision to follow Australia’s example.  It is a course of action that will appear very harsh at first, and undoubtedly will cause immense suffering, but it will ultimately lead to the relief of even greater suffering.  This is the heart and the soul of the Australian government’s approach, and it is the heart and the soul of the philosophy of the The XYZ.  We believe that ultimately, the solution we present to the refugee crisis is the most compassionate and the most realistic.