In the latest EU-UN trickery, the EU has dictated the resettlement of 120,000 migrants.

Slovak Prime Minister Robert Fico says he will not accept the new terms and will not “respect this diktat of the majority”. 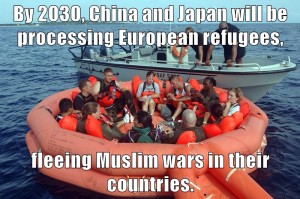 Czech Interior Minister Milan Chovanec tweets: “Very soon we will realise the emperor has no clothes. Today was a defeat for common sense”

A more nuanced assessment of the facts makes for disturbing reading.

– The EU has taken the ‘unusual’ steps for an issue like this – which involves national sovereignty – to be decided by majority vote rather than a unanimous decision.. This is a desperate move undermining EU integrity.

– The resettlement addresses 120,000 migrants, at a time where 6000 a day are landing (at least) on EU soil. So, we are back to the same position in 20 days. See the above point for an idea on how the next proposal will be ‘approved.’

– As everyone knows, the migrants want Germany. As such, any migrant resettled to a transit country is going to be drawn like a moth to the flame, to Germany. In effect, the Czech’s have voted no to migrant resettlement, but will get them anyway. Then the migrants will do the right thing, flip the finger to anyone who stands in their way, and cross the border into Germany. It’s worthy of a Greek tragedy.

So, we have a solution that will not work, with the EU essentially dictating to unwilling member states, delivering outcome that the migrants themselves will probably remedy, with Germany getting all the humanitarianism it could ever wish for and more.

Everyone knows it, but the Emperor has no clothes. Its just a matter of time until everyone says it. ‪#‎GermanyOrBust‬ 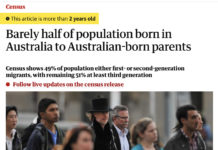