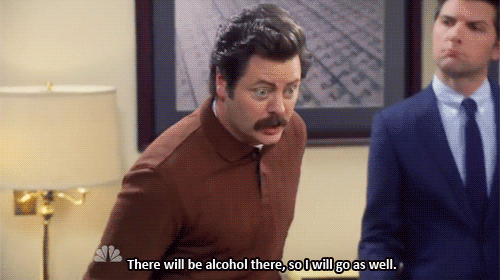 This article was originally published June 4, 2016.

I wake to the second alarm at 0715. After the necessary morning duties I put the tellie on so I can have the recording of the night’s cricket playing softly in the background as I and my wife stir our four offspring and send them to school. My wife tells me I am conditioning them.  I don’t know what that means, but the wife approves, so that suits me.

I kiss my wife goodbye at 0830 as she heads off to lecture at the ANU. Psychology. Never understood the stuff. That gives me another half hour or so to watch Phillips smash another century. While I enjoy a cup of tea. It’s been a good decade against the Poms. The boys don’t look like letting up, either.

At 0930 I take Rover by the lead and go for our morning stroll up Mount Ainsley. It is cold this time of year but I am always warm by the time I reach the office. I set my German Shepherd loose to explore the grounds at his leisure, and finally turn on my computer at about 1030. Scrolling through the emails and deleting most (always a variety of self-styled not-for-profit organisations demanding action on continental drift, regulation of the liquid thorium reactor industry, and the banning of pets) I notice one from the PM.

It’s always best to read what he has to say. Since we liquidated HR I have had a much smaller inbox, but I can’t just delete without looking any more. Once I deleted the entire first draft of the Defence White Paper. Chief of Army said he got his son to re-draft the whole thing over the next three days. I bought the poor boy a cricket bat by way of apology.

The PM’s email is indeed important. It appears that when simplifying the tax code (i.e. abolishing it, because taxation is theft) I had missed six months from November 1933 to April 1934. I think I may have gotten sentimental about the Bradman years. It’s not like me to miss things.  After all. I am a public servant. I make myself a cup of tea, then get to work. I log into the database, search for the relevant documents, then press “delete.” I want to be sure I get it this time, so I triple-check. The whole thing takes me all the way through to 1100.

After that, there isn’t much to do before lunch, so I make myself a cup of tea and read the paper. Phillips really did play well for his ton. He got good support too from Higgins, and Gregory was up to his usual swashbuckling antics. Should be fun to watch when I get home this evening.

I head out just before 1200 to meet the wife for lunch. She has the chicken caesar salad while I have the beef burger. Really, you can’t get much better than beef combined with bacon. We both get a tad boozy, so I return to the office a little light-headed at around 1345, but I play a little fetch with Rover before I head inside.

Switching on Sky News, I notice that there is a little tension on the border between Thailand and Burma. It is in the region, sort of, so I call up Chief of Army, more for a chat than anything else. He assures me the tiff over in Asia was nothing more than a light skirmish, nobody hurt, a bit of letting off steam, really. We talk a little bit about Melbourne’s chances this weekend against the Swans, and he thanks me for proof-reading his son’s essay on the Roman Civil War. Got an A. I said I am always happy to help, as there isn’t really that much else for me to do.

As I make myself a cup of tea at 1425, I am startled so badly I nearly burn myself. Someone is calling on the telephone. I feel slightly grumpy when I don’t recognise the voice on the phone. I haven’t spoken by telephone with a member of the public for three years. The last time it happened, a gentleman had wanted to know if he could do something about his neighbour mowing the lawn at 0800 on a Sunday morning. I had suggested he speak to his neighbour, and hung up furiously, then fired my secretary. It is such a shame, she had such shapely legs. Anyhow, although I figure that I have nobody to blame but myself, I am still astonished that someone has managed to get hold of the number for the Department for Doing Nothing, after all the effort I put in to making sure nobody ever acquires it.

“Hi, is this the government?”

“You have called the Department for Doing Nothing, so, yes.”

“Look, I need someone to sort out what is going on with my neighbour’s shed. He has been building it for two whole days now and he says it won’t be done til the end of the week. I keep telling him he shouldn’t even be allowed to build the bloody thing, because I can see it when I stand on my tip-toes on my porch, you see and..”

“Pardon me, but is the shed your neighbour is building on his property or on yours?”

“Then there is nothing you or I can do about it.”

“What do you mean there’s nothing you can do about it?”

“The shed is on your neighbour’s property, not yours. You have no right to tell him what to do on his property.”

“What are you talking about? Surely there is something you can do? Aren’t you the government?”

“Yes, you have called the Department of Doing Nothing.”

“My job is to do nothing. To put it another way, my job is to make sure busy-bodies never try to make it somebody’s job to do something about a problem which isn’t really a problem, and is none of their business in the first place. And that, is why I can’t help you.”

“This is rubbish. I want to talk to your supervisor.”

“I am the supervisor.”

“Ok wise-guy. Who is next up in the chain of command?”

“Right. I want to speak to the PM then!”

“Sure. You are more than welcome to call the Office of the Prime Minister.”

That is why I don’t like taking calls. I remake myself that cup of tea, and finally settle in to a little light reading – the Peloponnesian War – for what I think will be the rest of the afternoon.

At 0430, something on Sky News catches my eye. There was a tragedy in Queensland. A toddler drowned in a swimming pool. It was an accident, awful. It wasn’t anybody’s fault, either. There had been a modern, working security fence in place. There had been three adults supervising the kids, but one was keeping the kids from throwing rocks at a bee, another had taken one kid inside to bandage a knee, and the other was keeping the dog away from the sausages. The gate had been open for 5 seconds in the confusion, and that was all the toddler needed. Awful.

It isn’t long though, before I start to receive a flood of emails, demanding that the government do something. There is a procedure in place for events like this, which requires responding to emails. The logic is that of we ignore tragedies, the government will appear too heartless, and the momentum of public outcry may become so great that the government is forced to interfere in people’s lives. It is better that we respond, and explain that there are some things that cannot be avoided, no matter how awful, no matter what the government tries to do to help. All we can do at times like this is to grieve, and resolve to take responsibility for our actions, and help each other as best we can. Most respondents understand, but some require a little more back and forth.

The PM appears on the 1800 news to explain just that. It helps that he appears, and is, sad about the tragedy. By 1830 the emails slow, although I expect there will be more in the morning. If I wrap things up soon, I should be able to catch the start of Day 3 at Edgbaston (although I am a little peeved to still be at the office after 1700). Phillips deserves a double ton, the way he is playing.

It is about then that it occurs to me that for a government to do nothing, it actually requires a lot of hard work. Not so much in terms of, well, doing anything, but in terms of constant vigilance. We cannot let our guard down, not for a minute. The principle that the government should not interfere in the lives of its citizens is always under attack, whether from selfish lobby groups, from good, well-intentioned people, or from the pangs of your own conscience.

Sometimes I think to myself, “Maybe I can sneak through a sub-clause, just this once. It may not help someone directly, but maybe it can have some influence in improving people’s lives.” But then I remember how that always ends, and I catch myself, just in time.

And that, is why I make myself so many cups of tea.