Andrew Bolt is a little confused over some of the fallout from former prime minister Turnbull being sent to the New York cleaners. It seems that a number of Liberal party politicians are now complaining of “bullying” and being “harassed” in the lead up to the decisive vote. To the surprise of exactly nobody, all of these whiners are women.

The first one to come out with a sob story of the horrible decisions she was forced to make was Julia Banks. Thus far Banks has declined to provide any details of the bullying that she endured but we are assured that it was really bad. That’s the key to claims of this sort; give no details whatsoever. Banks is a victimhood pro, but some of her female peers are a bit new to this stuff.

“Not a single example of bullying is given by Minister Kelly O’Dwyer in a long interview decrying bullying:”

Horse whisperer O’Dwyer, who is a chronic case of observable weight gain in action, could only come up with the following when pressed on her claims of victimhood:

“Well, I’ve had conversations with many members of parliament, both male and female, and it is clear to me that people were subject to threats and intimidation. And bullying. But that isn’t just over the course of the last week.”

O’Dwyer obviously threw the male claim in there as desperate diversion tactics while she was being pressed. Men don’t complain about being bullied, particularly when they’re actually being bullied.

“Asked to explain how she was intimidated, [Lucy Gichuhi] described the pressure of the rapid events between Mr Turnbull’s self-prompted spill on the Tuesday and the ballot called by Mr Dutton on the Friday.

“We didn’t have the time to think through things. So everything was happening so fast,” she said. “That itself is a form of intimidation because you are supposed to make a very important decision within a very short time.”

Someone better make sure to put the good senator in a casual role like national defense where she can have the luxury of oodles of time to make decisions after lots of hot cups of tea and back rubs as well as the delight of there not really being any consequences of note as to all of her “decisions.”

The progs love diversity hires such as this idiot woman but they come with certain tangible problems, not least of which is the fact that they occasionally open their mouths.

“Senator Gichuhi – who was elected on the Family First ticket to replace former senator Bob Day – said conservatives commonly appealed to her Christianity when soliciting her vote for a cause.”

Lest you be confused as to why this is also problamatic bullying, Gichuhi was recruited because of her supposed Christian values; she made claims of something called “divine reliance” whilst seeking office which leads me to believe that she thinks she has God’s mobile phone number.

Asking a woman to stand by obligations that she has set for herself is the absolute worst kind of bullying that can be perpetrated on these poor delicate flowers. Obviously the corridors of parliament are filled with cads and bounders of the very worst imaginable type. How else to explain the horrible behavior that this poor woman has been put through?

Australian female politicians are of course renowned for this sort of nonsense, which was epitomized during the reign of former prime minister Julia Gillard. Any disagreement with Gillard on the parliament floor was met with the shrieking cries of “duh misogyanies”. Gillard, whose voice could send flocks of cockatoos fleeing at 1000 yards, spent her entire time as prime minister weeping into her handbag stuffed with back issues of the Woman’s Weekly due to men continuing to breathe in her presence after being asked to stop by their female betters.

In general though it is important to understand the modern workplace language so as to be better able to navigate its mostly uncharted and ever-changing waters. Claims of bullying or harassment are now indicative of a woman being required to do her job properly. The best way out for a woman in this terrible situation is to point and shriek, a standard SJW tactic.

And all of this comes on the heels of the fact that the multitude of females in the Liberal party were passengers while the entire leadership drama played out on the national stage.

“Prime Minister Malcolm Turnbull’s leadership was all but destroyed when 13 Coalition MPs threatened to vote in parliament against his latest global-warming scheme.

And these are the people we have chosen to lead our country. 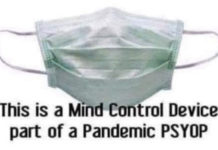