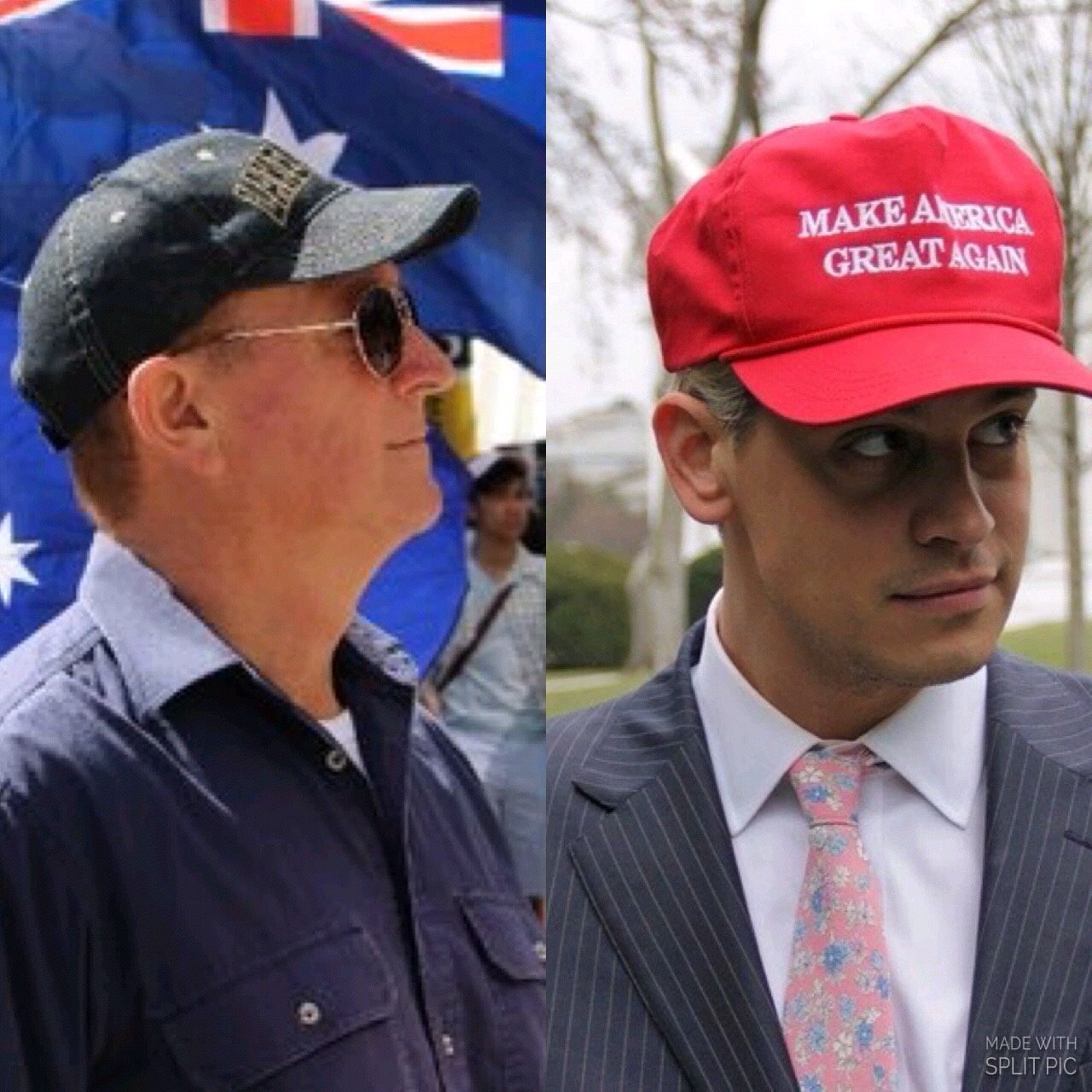 One week after Immigration Minister David Coleman reversed a decision to ban renowned Libertarian/Conservative journalist, Milo Yiannopoulos from entering Australia, the ban was re-instated in the wake of Milo’s comments regarding the Christchurch mosque attacks. Milo strongly condemned the use of violence on innocent people while also pointing out the reality of mass migration leading to the inevitable self-segregation and animosity among various groups within a ‘multi-cultural’ society. The accuracy of these statements and the condemnation of violence was given no credence, and once again, the state has decided what views are appropriate for Australian citizens to be exposed to.

This is of course a phenomenon that has come to be expected in the West: Restrictions placed on various speakers who the state has deemed inappropriate and hateful. Not only must Australia’s citizens not be allowed to voice certain views due to the threat of vicious abuse and chastisement, loss of job security and social standing along with the threat of physical violence, but we are not to even listen to views that are deemed harmful to the social order.

Public chastisement, smear and character assassination for publicly holding views deemed controversial by our self-appointed moral arbiters in academia and the media is a problem unto itself, but the state sanctioned violence and intimidation that has now become common place for anyone who holds views to the right of Trotsky has gained dangerously enormous momentum in recent years. In 2017, it was our own Victorian Police minister Lisa Neville who sided with the left-wing mob in punishing Milo Yiannopoulos in the form of a $50,000 fine, unabashedly claiming that the violent animosity was not the fault of the actual perpetrators but the fault of Milo. Similar scenes of violence were seen when Stefan Moleneux and Lauren Southern appeared in Melbourne for their speaking tour. The organisers of this event were fined close to $68,000 by the Victorian Police for their services even though a blind eye was turned to the violent mob of leftists as they attempted to tip over a bus of attendees as they arrived. The Victorian government conveyed a clear message by this action/inaction: Voicing ideas of Western favouritism is a crime, but attempted murder is fine if you’re a leftist hate mob.

In August 2018, Transport Minister Jacinta Allan banned Sky News from broadcasting its 24-hour news bulletin at Melbourne Metro train stations after the interview of Patriot activist, Blair Cottrell by Adam Giles was aired. The usual inaccurate labels of Nazi sympathiser were cast on Cottrell, and though the actual interview was never aired anywhere along the Metro train system, Sky News no longer appears anywhere in Melbourne’s public transport system.

It seems none of the aforementioned government officials have been held accountable for their blatant abuse of public office in censorship of Conservative views. This has sadly become the rule and not the exception. It’s now highly unlikely that our shores will ever be graced by the likes of Tommy Robinson, Gavin McGuinness or Ann Coulter. Even former Muslim and human rights Activist Ayaan Hirsi Ali cited security concerns to cancel her Australian speaking tour in 2017 amid a barrage of protests from a bizarre – but by no means uncommon – amalgamation of Muslim and leftist activist. And all the while there is the never ending and ever intensifying de-platforming, de-monetising and general muzzling of Libertarian/Conservative voices online which is seen globally.

The thing that is particularly disturbing about all of this censorship is how it contrasts with what is allowed to be viewed by the public, or more specifically, who is allowed in to speak to Australian audiences. One of the groups believed to be behind the intimidation of Ayaan Hirsi Ali in 2017 is the Melbourne based Islamic Research and Educational Academy (IREA), chaired by one Syed Wasim Razvi who is also the secretary of the Council for the Prevention of Islamophobia. Wasim Razvi has close ties to Qatari based sheik Yusuf-al Qaradawi, who is the head of the International Union of Islamic Scholars. According to a 2015 article in the Sydney Morning Herald:

“Qaradawi has been widely condemned for issuing fatwas in support of suicide bombing in Israel in the 1990s, and the travel of Muslims to Syria to fight against the Assad regime”.

Wasim Razvi has also gained a reputation for bigoted, anti-Semitic and misogynist views, and has actively promoted events Orwelliannly titled “peace conferences” where such hateful views are promulgated in the form of “workshops”. In 2015 one such “workshop” was held at Deakin University, just a day after a young jihadist shot Curtis Chang as he was leaving a Police station in Sydney. Needless to say, there were no forceful closures of this organised gathering on the grounds that it may ‘incite hatred’.

Over the Easter weekend, Melbourne will be subjected to its annual barrage of murderously flawed ideas with the ‘Marxism 19’ event featuring a number of international speakers all actively promoting the ideology that caused the death of 100 million people during the 21st century, the torture and imprisonment of countless people and immeasurable suffering that still continues in Cuba, Vietnam and Venezuela. One of the speakers is Remi Kanazi, an outspoken supporter of the BDS movement who our government clearly has no qualms in allowing into the country to speak, even though only a few days ago his ideological allies were raining rockets on Tel Aviv.

A thick novel could be written on the double standards and ideological inconsistencies of the ruling class left, but what is most important to note in all of this is the denial of civil discourse to one side of the political spectrum. The reason why Conservative ideas get stronger is that they challenge the common orthodoxy of Western society which has sadly become a melange of post-modernist, Marxist globalism. The ideas favoured by the ruling class have grown ever more stagnant and repulsive and it is now at a level impossible for the general public to ignore. Ideas that emanate from the right now make far more sense to all who view the ideological battleground. Conservative/Right wing and Libertarian views have been so furiously fought against for so long by societal and cultural elites that the message has only become more clear, sharp and concise while the left have grown lazy, repetitive and predictable. The only option that the ruling class have left is the use of forceful and underhanded censorship, but even that is proving futile… and yet, they persist.

The ruling class – no matter the ideological persuasion – never seem to realise that the more forceful the suppression it uses, the more powerful their opponents grow and that the more they deny a people the right to resist their warped agenda peacefully, the more likely the use of violence becomes. In the beginning it may come from the more psychologically unstable elements of the target population, but as the tit for tat violence reaches a climax, it will increasingly be carried out by everyday citizens. Conservatives have now been denied almost every avenue on which to resist their ideological opponents, so it comes as no surprise that we see Conservative commentators and right-wing politicians fighting partisan thugs in the street or delivering a well-deserved bitch slap at a public gathering.

In his 74-page manifesto, Christchurch Mosque shooter Brenton Tarrant divulged his feelings of utter hopelessness for Western civilisation. This hopelessness stemmed from the inability of citizens in Western nations to exert self-preservation and pride for their ethnic and cultural character, all while every other ethnicity and culture was celebrated in the lands that their ancestors had settled in and built an unrivalled civilisation. Much will be said about the motivations of Tarrant and his influences, and it’s impossible to know what measures could have been taken to dissuade him from murdering 50 people in cold blood. It can, however, be stated with confidence that his feelings of hopeless despair could have been eased somewhat if there was a real dialogue going on with a real opposition to the Cultural Marxist filth that presides over us, controls our lives and shamelessly brainwashes our children. By cultivating a culture of open dialogue and allowing voices of Western self-preservation to be heard and not screamed down with baseless accusations, more bloodshed could have been avoided. The unfortunate reality of the world, and the ultra-violent nature of the left and the Islamic ideology, render the cultivation of such a dialogue near impossible. Sadly, we may have to bear witness to a savage retaliatory attack which will only carry Tarrant’s wishes and accelerate us into further mayhem. I sincerely hope that I’m wrong about this, but I doubt it.