When Nigel Farage spoke in Melbourne on the weekend he was interviewed by Avi Yemini after the show. The interview took an unexpected turn when Avi and Farage disagreed over whether “moderate Muslims” are compatible with Western civilisation, or whether the biggest problem we face in the West is Islam itself, and correspondingly, all muslims. Nigel Farage took the former position, Avi Yemini the latter:

This led to an interesting discussion on Monday night’s livestream. Matty’s Modern Life took issue with Farage making an equivalence between the Koran and the Old Testament, and suggested that Farage isn’t as redpilled on the issue of Islam as Avi. David Hiscox saw it another way, suggesting that Farage saw the issue of demographic displacement in the West as bigger than just Islam.

We hope you enjoy the discussion:

If you want to watch future livestreams, you will find us at Matty Rose Live. We go to air every Monday night at 9:15 AEST. 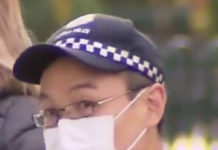 The Uncuckables Ep. 76: You Get What You Deserve