Six weeks ago, after months of the NPCs chanting ‘SEXIST’ at anyone who dared to express concerns, long running British television programme Doctor Who finally stopped pretending that they gave a toss what anyone right of Marx, anyone male, anyone white, and any non-socialist white males actually thought of the programme and unleashed the First Female Doctor onto the world.

Now full confession time in advance, Your Author has not been watching any. Your author finally admitted last year that this was an abusive relationship, that the BBC was only pretending to show love, and the story lines were utter shit and had been for several years. There are the counter arguments that usually comes up at times like this of ‘Why don’t you just give it a go?’, ‘What harm could just watching it do?’ and ‘You don’t know if you like it if you never try it?’ Had someone actually come and with ‘Actually it’s really good!’ opinions may have changed and Your Author may have explored, but frankly and thankfully no one did.

The show apparently started reasonably well. The supporters claiming this was because it was Progressive and New and proof that everyone else was ‘SEXIST’, the realists countering with the argument that some people just liked watching car wreaks and the others were foolish enough to be polite. Early flaws were however already showing. People were praising the new music direction and the improved cinematography, which is a bit like stating that tit-filled lad’s mag you have been hiding from your Mum has been printed on really good quality paper.

That was week one. Following up reviews started to agree on common themes that the lead actress’s acting style is completely over the top, the middle aged white guy has the best character and a lot of the plots are really boring. This is before the claims of a blatant anti white male agenda and that show runner Chris Chibnall is a god awful writer who has turned the Doctor into someone completely compassionless that even the most stuck on NPC fans cannot relate to.

Problem is that the show doesn’t really seem to be doing woke that well either.

As mentioned earlier the middle aged white male character is described by many to be the most interesting out of the three mindless lapdogs who follow the Doctor around. There is also a young black guy who is meant to be the white man’s grandson. This grandson has a disability – dyspraxia, because let’s face it, it’s a pretty viewer friendly disability that doesn’t require a 24/7 carer and actually putting wheelchair ramps in the TARDIS would be a budget too far – because all good characters need something to overcome. On first glance this character ticks the correct diversity boxes, but let us briefly consider our first introductions.

His Grandfather is trying to convince him that he really can ride a bike. He can’t. It happens. No big deal. However in a fit of rage he throws the bicycle down an embankment, only for the Grandfather character to command him to go back down there and get it. While down there he finds the plot device of the week, but step back a bit. Angry black man being commanded by more rational old white male?

Then we get to the girl character. This one is confusing. She is either a parody of everything a rational human being hates about woke millennials, or a woke millennial. She is 19, a police officer, an ethnic minority, a religious minority, and she welds all with a massive sense of entitlement. When first introduced she is complaining to her police superiors that she never has anything exciting to do, because, gosh darn it, it’s all about her, she has been a police officer for two whole years and hasn’t become Chief Inspector yet. Patriarchy clearly. Actually overtly, as we later discover her father is a loser and the source of all her home problems.

Probably wouldn’t have been so bad if she actually managed to behave like a police officer. You know, showing authority, taking command, defusing conflict, going full bunta on some drunks with her telescoping baton instead of looking like the poster child for reasons why diversity quotas in law enforcement actually endanger both the public and the officers involved. She could have been written as the poster child for diversity quotas – strong, independent and resourceful – but instead she is so bland and background that even fans of the show are starting to complain her character does nothing.

Not really ticking the correct Woke Boxes here so far to be honest.

We could also make comment on how the (white skinned, because even the BBC doesn’t have to balls to make their Timelord black) Doctor belongs to a culturally and technologically more advanced society that has taken a shine to a more primitive and violent civilisation, a civilisation that the Doctor is attempting to educate so that they change their behaviour. Cough. White Man’s Burden. Cough. Neo-colonialism. We could make comment but we won’t.

Instead we will look to the signs that even the BBC is starting to realise all this has been a massive mistake.

There will be no Doctor Who Christmas special this year.

The quote doing the rounds is that showrunner Chibnall has claimed he has run out of ideas. Defenders seem to be claiming this was never something he has said but in all honesty it doesn’t matter. The point is the ‘end of year’ special is now listed as being a New Years Eve event.

Okay… vote of confidence there from the BBC. Christmas day is almost custom made for a captive family television audience. It is early evening, everyone is over fed and maybe slightly drunk. Conversation is starting to drift towards the cusp of a screaming argument and Doctor Who comes on. Everyone stops fighting with each other, chants Exterminate! a few times, gets told to shut up and asks if Tom Baker is still doing it. Captive audience. Perfect moment.

Instead the BBC have moved this event to New Years Eve where no family are going to be stuck around the television, because it is the last day of the year and every sane single person is getting ready to go out, get messy and try and snog the nearest hottie. From a television point of view it is not the slot you want to dump what is meant to be your strongest and most famous performer.

Of greater concern… or excitement… delete as required, is the claim that there will be no 2019 for the show with nothing new planned until year 2020. Think on this. Doctor Who, recently rebooted with a new showrunner, crew and cast, is not to be allowed to build on the momentum of the 2018 season. Is this not meant to be the greatest thing that happened to the time traveller since they started filming in colour?

There may of course be an innocent reason, like Brexit, or Global Warming, or Russian Bots, or Orange Man, but a hiatus like this also allows for problems to quietly resolve themselves without the powers that be having to overtly hand out the DCM letters. It also allows the freedom to quietly extend the break another 12 months without ever having to utter the word ‘axe’.

Either way, there is ample suggestion that the BBC has taken a bold new direction and ballsed it up totally.

Get Woke, Go Broke through all of Time and Space. 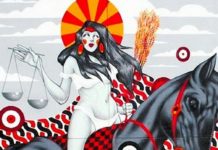 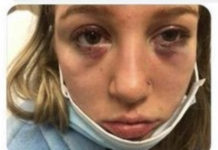