So take careful note if you are male, white, middle aged, and perhaps a little on the obese side. You are a suspect. Big Brother is watching. You are, in fact, scum. You use your white male privilege to molest and penetrate innocent women on the railway concourse (that’s ‘concourse’ buddy). You know you do. You are a shameless perpetrator of rape culture. You utter bastard. You are guilty. You know you are. Admit it now and save the State the trouble of the prosecution. 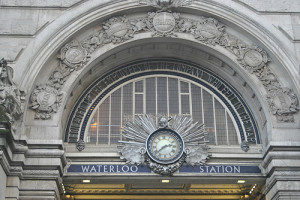 That’s what this poor geezer must have been thinking as he walked across the crowded concourse at London Waterloo. Pictures from the CCTV cameras show him with one hand on his back-pack strap and a newspaper in the other hand – no doubt it was the Evening Standard which is free and everywhere on the Tube. Yet he is said to have still managed to ‘penetrate’ a 61 year old female actress walking in the opposite direction, presumably with said newspaper, rolled up tightly to resemble a… well, you know what. All of this is very plausible and believable yes? For reasons unknown, the alleged ‘victim’ cannot be named, even if she can be penetrated. The bastard with the rolled up Evening Standard can be though. After all, he’s a white middle aged male asshole. He is Mark Pearson, 51, and his life was hell for a year as he battled criminal charges leading to a full blown prosecution and trial, all resulting from a casual walk taken by thousands of others every day across the concourse at London Waterloo.

Such is the hysteria around rape culture, and such the un-blinkered and unquestioning acceptance of any alleged ‘victim’s’ story, that a man can be pursued through the courts all the way to a full hearing before judge and jury on the basis of a patently ridiculous assertion that he managed to guide his copy of the Evening Standard into the vulva of a… ahem ‘mature aged’ woman who was coming (well okay, ‘arriving from’) a yoga class, wearing ‘training pants,’ all in less than one second as she brushed by him, or he by her, depending on who’s account is to be believed.

The jury thought the matter bonkers and promptly delivered a not guilty verdict, but only after Mr Pearson had had his name and his reputation dragged through the courts, whilst the alleged ‘victim,’ perversely, remains anonymous. The authorities went to the extraordinary lengths of tracking down Pearson via oyster card records, by poring over CCTV footage for hours, and mounting a prosecution that failed on the somewhat major technicality of a physical impossibility. But why let the laws of physics stand in the way of a ‘victim’s’ story? In true cockney parlance – what utter bollocks this is! 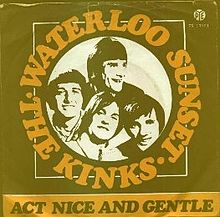 As it happens, this correspondent has had cause to be on the concourse at London Waterloo this very week. He politely, but firmly, refused the offer of a free copy of the Evening Standard, and made a wide berth around any ladies carrying yoga mats or wearing training pants. Playing in his mind (as always when at Waterloo) was the Kinks majestic ‘Waterloo Sunset,’ although it did occur to your correspondent that, given the intensely politically correct times we now live in, Terry probably should forego his Friday evening meeting with Julie this week – lest he be called a rapist and all that, and he better not be holding a copy of the Evening stand in his hand, lest some helpless type accuse of him of approaching them with intent holding a dildo in one hand. It sounds stupid, but hey, if poor old Mr Pearson can be accused of forcing his copy of said newspaper into the genitalia of a passer-by wearing training pants as she brushed past him in all of less than half a second – then anything’s possible, inn’it? 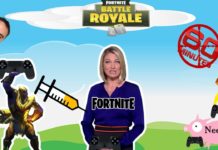 The Truth about Fortnite Addiction and the 60-Minutes Australia Special 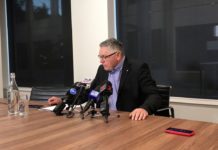 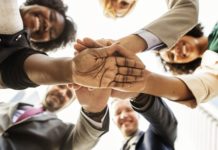 Immigrants from other nations and cultures display shocking lack of diversity!