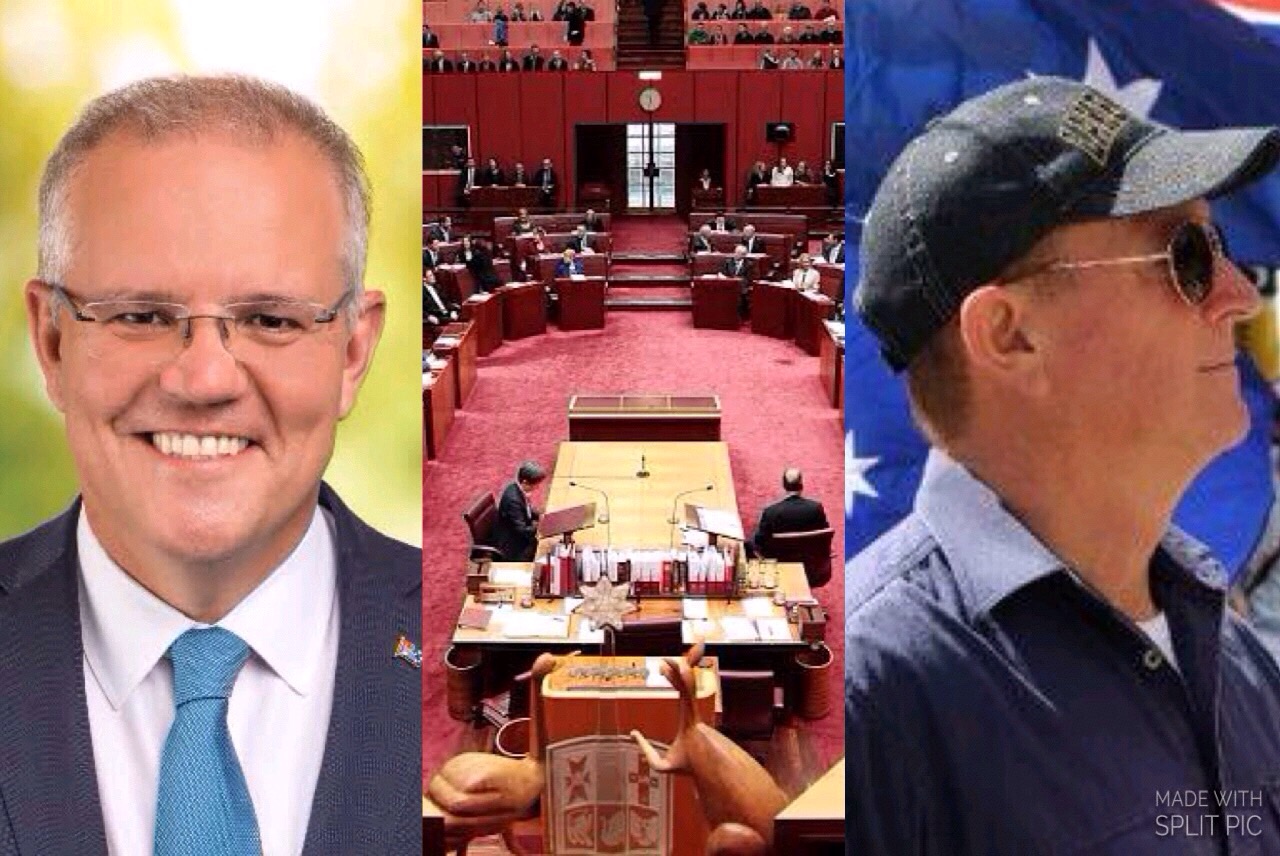 Australian democracy prides itself on one thing above all else – arriving at a fair representation of the electorate’s intention.

For many, it’s the sole justification for Australia retaining effectively a compulsory voting system. For all the unintended consequences of compulsory voting – poor leadership, lazy parties, cynical voters, election BBQs – it is the expectation that the final result is a true reflection of the electorate’s intent that keeps Australia’s democratic hopes alive.

But the results in the Senate, announced last week and the first since the voting reforms of 2016, show the system no longer faithfully reflects the intentions of voters. In an election that saw more than 14 million formal votes cast, the Senate result shows that more than 1 million voters were disenfranchised – their first preference for a non-major party was eventually discarded during the Senate count, under the new ‘partial preferential’ system adopted in 2016.

Previously, with full preference voting above or below the line in the Senate, elections produced a highly diverse Senate, including a cross bench some derided as ‘the bar scene from Star Wars’.

For many, it was so easy to sell the voting reforms to the public – just look at the tiny number of first preference votes that Ricky Muir (Shooters, Fishers and Farmers Party Senator, 2014-16) and some other cross benchers received and self-respecting Australian democrats – priding themselves on their empiricism and commitment to finding the true will of the electorate – supported the changes.

Cross bench parties were ‘gaming the system’, so the narrative went at the time, and Australians weren’t buying it.

But Australians, who thought they were buying a better version of their unique democracy, have instead been sold a bill of sale.

The Senate results are in and it is clear that the Liberal Party has received more senate seats to which their first preference vote entitles it.

Six cross benchers went out and only two have come back. The Liberals were the beneficiary of the reforms, growing its total Senate numbers from 31 to 35 – a massive increase considering it was a half-Senate election with 36 seats up for grabs.

But their first preference vote only climbed by between 2 per cent and 5 per cent. So where did the extra votes come from?

The Liberals have benefited from the disenfranchisement of voters who supported the cross bench parties – by removing votes from cross bench party supporters, the leading major party emerges with more Senate seats – it’s simple maths.

At the election, the number of cross bench party Senators dropped significantly (but not among the Greens) even though the percentage of the first preference vote for cross non-major parties continued its long term upward trend.

Despite non-major parties attracting about 30 per cent on average of first preference votes (actually between 27 per cent and 35 per cent, depending on the state), they only secured 22 per cent of the 36 Senate seats up for grabs (equating to eight seats, made up of six Greens, Malcolm Roberts of Queensland and Jacqui Lambie of Tasmania).

So effectively, about eight per cent of support for the cross party has gone missing, and it was the Liberals who benefited on this occasion. At a future election it could be Labor which benefits.

In an election of more than 14 million formal votes – that’s more than one million first preference votes that have effectively been disregarded. However, it should be noted that with seats allocated according to quotas of the overall state vote, it’d difficult to be precise.

Digging deeper, what specifically brought about these missing votes?

The answer is written in black and white on the Australian Electoral Commission website.

Under the heading “Exhausted votes” it says: “As a result of the Senate voting reforms to a partial preferential rather than fully preferential voting method, it is likely that there will be an increase in the number of exhausted votes. A vote is considered “exhausted” when there is no next available preference for any continuing candidate meaning that it must be set aside from the scrutiny at that point.”

In the past, group preference agreements between minor parties retained the first preference vote in that block of parties. It was complicated and opaque, but it resulted in a Senate that reflected, overall, the electorate’s support, or not, of major and minor parties.

So what we have now is a partial democracy, and the major parties will be well-chuffed at the outcome they achieved, under the noses of the national media, which largely supported the reform.

The AEC has now published the Senate results in each state and the numbers do not lie:

In four out of the six states (NSW, Vic, SA, WA) the Liberals secured three out of the six Senate spots up for grabs, increasing its position from two to three Senators. The states which bucked this trend were Tasmania and Queensland, which had strong (about 10 per cent support) independents.

The New South Wales Liberals garnered 38.6 per cent of first preferences and were awarded three out of six seats up for grabs. Meanwhile the minor parties together polled 27.3 per cent of first preferences but got a single seat – the Greens’ Mehreen Faruqi. NSW lost two cross benchers – Liberal Democrat David Leyonhjelm and the United Australia Party’s Brian Burston.

The irony is that that icon of recent minor party success – former South Australian Senator Nick Xenophon – supported the Senate voting reforms in Parliament in 2016. However, the candidate for the party that Xenophon founded, Centre Alliance, Skye Kakoschke-Moore, failed to garner enough first preferences to have a chance of election. She effectively was made to pay for the sins of her (political) father. It was the same story for all-bar-one of the 14 other minor party candidates in SA with only Greens Senator Sarah Hanson-Young being elected from outside the major parties.

The writing is on the wall, with the cross bench cut from ten to six Senators, and many journalists tipping that most of the four current cross benchers (none of whom faced re-election), with three years yet to run in their terms, have no chance of survival. For the record, they are Rex Patrick and Stirling Griff of Centre Alliance, Pauline Hanson and Cory Bernardi (who has indicated he is considering leaving Parliament). The two new cross benchers – Roberts and Lambie – won’t face voters for six years.

Irrespective of what you think of many of the past and current cross bench, the fact is, as a group, it reflected the broad voting intentions of Australians in supporting non-major parties.

The new system disenfranchises many thousands of Australians, if not millions. The AEC should do a report on the precise number of votes that were ‘exhausted’ (i.e. binned).
Across the country, Australian democrats worth their salt should be asking ‘Is this good enough?’

By fixing one perceived problem, the Senate voting reforms appear to have created another.

With these reforms now on the books, secured with the iron grip of both major parties in Parliament, the chance of fixing this and reinstating full suffrage to Australian voters in the Senate is about Buckley and Nunn.