If you were one of the body-positive cat ladies or testosterone-deficient child-men who still believe the lying media, you might have thought that a savage pack of marauding Catholic Inquisitors in Washington rounded up a peaceful native American, scalped him and then hung his corpse as a trophy and a warning on the National Mall to all the lesser races who might challenge white supremacy.

The establishment pile-on against Nick Sandmann and the boys from Covington Catholic High School was both banal and savage, as you’d expect from the banal savages who populate the establishment.

This Veteran put his life on the line for our country. The students’ display of blatant hate, disrespect, and intolerance is a signal of how common decency has decayed under this administration. Heartbreaking. https://t.co/NuPnYu9FP4

Honest question. Have you ever seen a more punchable face than this kid’s? pic.twitter.com/jolQ7BZQPD

They like to say & believe that violence isn’t the answer….but for this little smug, entitled, privileged, MY DADDY WILL SUE YOU fuck boy in the MAGA hat…..I don’t see another option. Crack his shit one good time, bet he won’t be bout this life no more. pic.twitter.com/gBhzwKGLU8

You thought you’d deleted your tweet, Bill. But like Jewish neoconservatism, the internet just never goes away.

#CovingtonCatholic High School seems like a hate factory to me. Why not just close it? Check out this thread https://t.co/p0F5B9ZnLt

That last one is from a former state governor, Democratic presidential candidate and DNC chair. Attacking a kid. For smiling.

Because the whole thing, from start to finish, is VERY FAKE NEWS.

If the hysterical racial communists in the media and political establishment had bothered to watch the footage, they’d have seen that the boys conducted themselves with all the self-discipline and dignity that you’d expect from upper-middle-class whites. They had been viciously harangued by a group of black nationalist kooks for over an hour before the Spirit Drum Warrior wandered up to them and got up in their faces. They’d been called ‘crackers’, ‘molesters’, ‘school shooters’ and ‘pedophiles’, and laughed it off, when the mystic native wandered into their midst and attempted some sort of music sorcery voodoo spell.

Refusing to be cowed, staunch Christian lad Nick Sandmann instead smiled while the Spirit Drum Warrior’s fellow tribesmen shouted at the boys that they need to go back to Europe.

Spirit Drum Warrior Nathan Phillips (not his tribal name, I’m guessing) then lied to the media and slandered the well-behaved boys of Covington Catholic High School.

From the Detroit Free Press:

Then, things got heated.

“They were in the process of attacking these four black individuals,” Phillip said. “I was there and I was witnessing all of this … As this kept on going on and escalating, it just got to a point where you do something or you walk away, you know? You see something that is wrong and you’re faced with that choice of right or wrong. “

Phillips said some of the members of the Black Hebrew group were also acting up, “saying some harsh things” and that one member spit in the direction of the Catholic students. “So I put myself in between that, between a rock and hard place,” he said.

But then, the crowd of mostly male students turned their anger towards Phillips.

“There was that moment when I realized I’ve put myself between beast and prey,” Phillips said. “These young men were beastly and these old black individuals was their prey, and I stood in between them and so they needed their pounds of flesh and they were looking at me for that.”

More like the Detroit Fake Press. It’s all lies. You can see the savage interaction here.

The whole thing was a media stunt by a mob of racial communists to denigrate whites. If you’re a decent and honest person, it makes your blood boil to see a school group on excursion to the national capital be harangued, slandered and vilified by a neo-Marxist establishment which is hell-bent on engineering a race war.

But before we fight, let’s understand how we got to the point at which these things are happening to whites across the West on a regular basis. How did this happen?

Let’s start with Mr Spirit Drum Warrior. He’s a well-known race-baiter and white-hater in the Detroit area. He’s a community organiser, like Obama was in Chicago before mysterious benefactors plucked him out of obscurity and put him on the fast-track to the White House. These people are trained to organise mobs against white American society, weaponising minorities and the poor to destroy the established political order from within. They are a professional fifth column, operating across campuses, the media and left-wing political elites.

This type of professional race revolutionary was created in America by Saul Alinsky. Alinsky was at the forefront of taking the nascent civil rights movements of blacks and other minorities and turning it into a Marxist vanguard to overthrow white America. He turned these movements from pro-brown to anti-white. This is the key to the intersectionality of the neo-Marxist, postmodern left: hatred of the white man, fueled by envy.

Here is Alinsky giving a famous talk with leaders of Canadian indigenous groups about how better to weaponise resentment and destroy white civilisation.

It is not insignificant that Alinsky was Jewish. It is the core of what motivated him, and his impact was extraordinary. Hillary Clinton wrote her senior thesis at Wellesley College on his work. Obama was trained by radicals in Chicago who had been mentored by Alinsky. He took the theories of the Jewish Frankfurt School and mobilised them politically.

It wasn’t just noble savages who were attacking these well-behaved Catholic schoolkids, however. In the extended footage of the incident, there is a group of black nationalists verbally assailing them. This particular group is the Black Hebrew Israelites, a cult who believe they are the real Israelites and that we whites are demons destined for judgement and destruction by Kang Yeezus. The SPLC and ADL didn’t mind any of that, but whenever they’ve criticised today’s Jews as fake Jews and become vocal, they get smacked down.

Gotta keep them on the plantation and focused on hating whites, after all. This is because the civil rights movement as it developed in America was never a truly black movement. 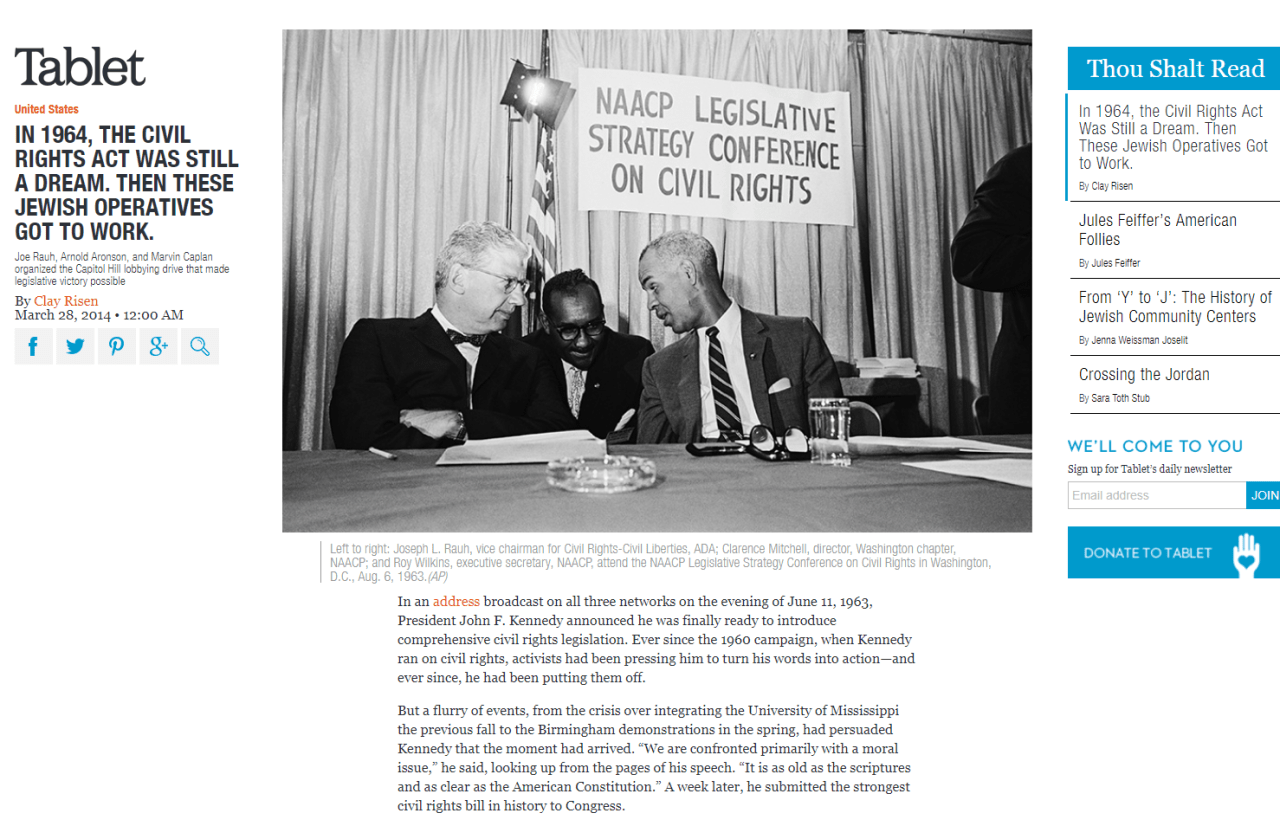 From its founding in 1909 until 1975, all presidents of the NAACP were Jewish. When we look at all the various elements of the cultural Marxist hydra destroying the West – militant feminism, anti-white hate, the gay and trans agenda – we see the same pattern. But we can’t say so, because that would make us Nazis.

What truly is making ‘Nazis’ is the anti-white agenda itself. It is fake news like what we saw about the boys of Covington Catholic High. It is the sheer audacity of a group of people who not only have worked tirelessly to destroy our race, denigrate our culture and undermine our faith, but now expect us to go and fight World War III for them in the Middle East.

We have started striking Iranian Quds targets in Syrian territory. We warn the Syrian Armed Forces against attempting to harm Israeli forces or territory.

Yeah nah. How about you take care of this one on your own, for once?