Not all that long ago one opened the morning papers (there are only two in my city – the Herald Sun, or affectionately the Hun, and the Age, or un-affectionately the Aged) over a lukewarm coffee in the work lunch room and went straight to the sports pages, especially if you were of conservative disposition and of reasonable intellect. Whilst the Murdoch production (a tabloid, the Hun) was easier to read, the news and opinion was light, to the extent the paper could be loosely described as pictures with captions, with some serious news articles sprinkled lightly throughout. The daily broadsheet, the Aged, was a more rigorous read, but over time became less and less interesting, broadly commensurate with the degree to which it became more and more “progressive.” These days, what is more or the less the same article appears under a different headline in the Aged on a close to daily basis – it’s sole purpose as a newspaper now seems to be finding fault with the current (conservative) government. Turning on the television was much the same – political programs were largely confined to the national broadcaster, the ABC, an enterprise that broadly acts as the publicity agency 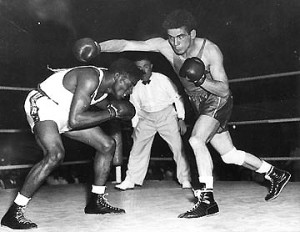 for the Greens and assorted activists and lobbyists, especially those agitating for measures to combat climate change or change refugee policy. Still, one endured the political chat shows just to hear what happened in parliament this week, and ignored the sneers and insults directed at conservative politicians.

Whilst conservatives of any description are still about as rare and as popular on the ABC as a bikini wearing model in Mecca, the tide has, nonetheless, begun to turn elsewhere in the media, ever so subtly, over an extended period of time. Talk-back radio was, and to some extent still is, the bastion of the non-left media. It has always had its right leaning “shock jocks,” however those who trouble the airwaves on the AM band could not really be described as influential, nor especially coherent for that matter (Neil Mitchell on 3AW excepted, though he eschews the label “shock jock” with good reason). Conservative voices are, however, no longer confined largely to daytime talk-back radio when most of those compelled to earn a decent day’s pay were not listening anyway. The fightback commenced with the rise of the wonderful Andrew Bolt (Bolta), in the opinion pages of the Melbourne Hun, and now across several cities and with his own television and radio shows too. Bolta is now Australia’s most read columnist. His strongly worded opinion pieces on a range of social and political issues give vocalisation to what has been called in another context “the silent majority.” One can almost hear the punters pouring over their morning Hun in the factory tea room, or out on the job at a site somewhere in the suburbs, reading through the Bolt piece of the day with quiet knowing, telling themselves “that’s what I wanted to say.” Whilst Bolta remains the undisputed king of conservative columnists for obvious reasons, in recent times he has been joined by Tim Blair in Sydney’s Daily Telegraph, whose caustic wit and penchant for offending and upsetting the chattering classes is delightfully legendary.

The popularity of Bolt and Blair, and the manner in which their audience dwarfs that of the left leaning broadsheets and patently socialist ABC, has been the catalyst for the emergence of a new generation of strong, frequently female, voices, willing to swim against the Twitter stream (sewer), and even to denounce the present day form of feminism as counter-productive at best and delusional at worse. Joining Janet Albrechtson and Miranda Devine in this noble endeavour, in recent times, has been the vivacious Rita Panahi, a woman of Iranian descent to whom the usual accusations of white privilege, racism and “Islamaphobia” are not easily attached. Turning on the television, and with the advent of Sky News, one can also now watch a political chat show that is not hosted by a former Labor Party staffer, but by the likes of Chris Kenny, or the impeccably impartial David Speers. Sadly Peter van Onselen, who used to be worth watching, has progressively become more and more feral, presumably in a cry for attention amidst the crowded programming schedule over at Sky. To these are to be added the dry wit of Joe Hildebrand, the spectacular Q&A performances of Rowan Dean, and the frequent visitor from the old dart Brendan O’Neill, who owned the debate last time around on the national broadcaster and will surely not be welcome back there again.

Social media continues, however, to be dominated by left leaning types, with Twitter being used as a vehicle for the sort of things the doctor’s wives used to whisper over the chardonnay at inner city dinner parties. Much of the Twitter “debate” reduces to insults and abuse in 140 characters. Whilst it remains in print, the Age nonetheless seems determined to increasingly resemble the Twitter sewer, and so confine its readership to subscribers of the Green Left Weekly and Red Flag. The ABC too swims deep in the Twitter sewer, even to the extent of assaulting its viewers with a “Twitter stream” of usually unfunny commentary at the bottom of the screen on its political chat shows. However it is increasingly the case that the Twitter dwelling opinion generators, and those who derive their news form the Twitter source, are being actively countered by the rise, and rise, of conservative voices in the media, in both its traditional and digital forms, with a counter narrative being articulated on a daily basis. Whilst it was once, for the left wing media, a matter of demonising and ignoring the Prince of conservative commentary, Andrew Bolt, it is now whole lot harder to concurrently ignore, marginalise and discredit Tim Blair, Brendan O’Neill, Chris Kenny, Janet Albrechtson, Miranda Devine, and Rita Panahi, together with the many others coming up behind them, not to mention the thousands upon thousands who read, listen, watch and interact with them on a constant basis via the wonders of social media and the worldwide web.

Into this fray, stepped XYZ this year, to add its voice to the once silent majority, and to take up its place in the fightback – against taxpayer funded activism and the Socialist captivity of the national broadcaster. Now it’s over to you to have your say and add your voice. In the immortal words of the wonderful Robin Williams, as Mr Keating in the 1994 film Dead Poets Society.