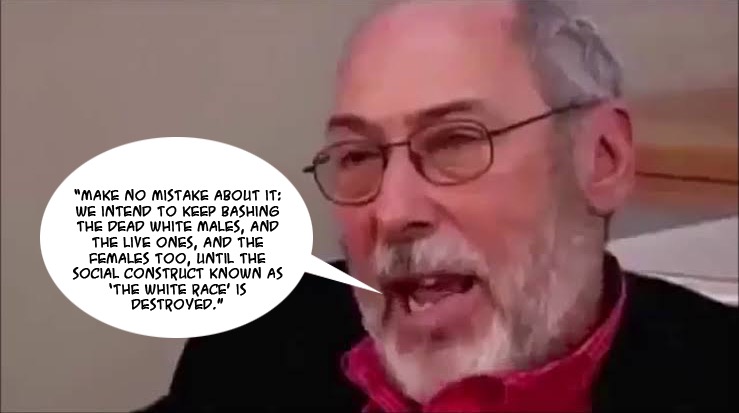 Noel Ignatiev, the Jewish Marxist “Critical Race Theory academic” who infamously stated “treason to Whiteness is loyalty to humanity”, has died at age 78:

Noel Ignatiev, a former steelworker who became a historian known for his work on race and class and his call to abolish “whiteness,” died at Banner-University Medical Center Tucson on Saturday. He was 78. The cause was an intestinal infarction, according to Kingsley Clarke, a longtime friend.

Ignatiev’s best-known book, “How the Irish Became White,” was immediately influential and controversial upon its publication in 1995. It touched off a firestorm of debate at the time at academic conferences and in the pages of newspapers. In time his view that whiteness is a social and political construction — and not a phenomenon with a biological basis — has become mainstream. The resurgence of white identity politics and white nationalism in recent years made Ignatiev’s arguments relevant to a new generation of readers who argued the notion that race is more about power and privilege rather than about ancestry, or even identity.

Noel’s argument that White people are the ONLY people to have no biological basis in reality, while supposedly simultaneously being the oppressors of ALL other people who do have a biological basis (i.e. Jews, Blacks, Asians, Indians, Aborigines, ect.) is total bulls—!

However Noel’s bulls— “work” has helped bolster the U.S. Department of Homeland Security’s witchhunt against American Nationalists, as well as Australia’s treasonous politicians who voted against Pauline Hanson’s ‘It’s Okay To Be White’ motion before the Australian senate.

Noel’s solidarity with terrorist groups which called for the wholesale global genocide of Whites will contribute to his legacy as a lying little rat, who hid behind pseudo-intellectual cultural Marxist garbage as a justification for his exterminationist rhetoric.